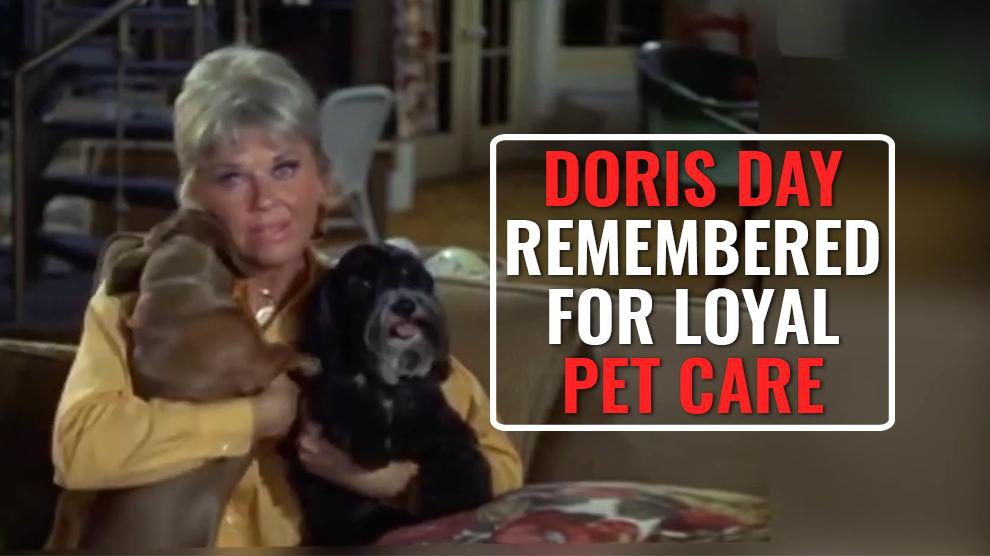 She even created her own foundation to take forward her cause.

Born in Cincinnati, Day took to singing due to a freak car accident. She first sang on local shows and later in New York clubs. Doris Day was recognized at a Hollywood function.

Later, Doris Day made the easy transition to the silver screen, appearing in different movies including “Pillow Talk” and “The Pajama Game.”

She had a huge list of popular songs to her credit. The most famous one is “Whatever Will Be, Will Be(Que Sera, Sera)” from the movie “ The Man Who Knew Too Much.” Jimmy Stewart starred in this movie.

DDAF was started as a public charity organization for the welfare of animals. The foundation fosters abandoned animals and also find forever homes for homeless pets.

In the 70s, Doris involved in different animal rescue. Doris was fondly called “The Dog Catcher of Beverly Hills.”

She would find unwanted pets dropped off or left at her home in California.

Doris would take efforts to reunite lost canines with their respective owners.

As per reports, “If you could spot Doris at the studio, chances are high that you could end up owning a pet she was sponsoring.”

Formerly popular as the Doris Day Pet Foundation, this organization saved dogs or those at the risk of being put to sleep.

Doris cared for many pets in her own house.

In 1987, Doris started the “Doris Day Animal League (DDAL), a non-profit organization.” The main purpose of DDAL is to protect suffering animals through programs, education, and legislative initiatives.

Miss Day’s motto behind the DDAL’s formation is to

The DDAL initially faced opposition from well-funded industries. But, it continued to fight for protecting innocent animals from neglect, ignorance, pain, and greed.

The DDAL continued their efforts to protect animals through legal battles.

One of their victories is to make the California lawmakers realize that common industry chemical tests shouldn’t be tested on animals as it was inhumane, inconclusive, and unnecessary.

Despite the legal battles, the euthanization rate of animals hadn’t decreased to greater extent. So, Miss Day and the DDAL founded the World Spay Day in 1995 to provide an opportunity for rescue and shelter organizations to promote their spay/neuter programs.

During the 90’s, the estimated euthanasia rate in overcrowded shelters was around 17 million each year. But through dedication and tireless efforts of DDAF and DDAL, the estimated number of dogs and cats euthanized in the U.S. shelters has dropped to 2.7 million annually.

Since the formation of World Spay Day, the Doris Day Animal Foundation provides annual grants for Spay Day to promote spaying and neutering in order to reduce the overpopulation of homeless pets.

They have also neutered and spayed more than 1 million pets in the 15 years. A decade ago, the Humane Society of the United States merged with the Doris Day Animal League.

Today, the last Tuesday of February is celebrated as the World Spay Day and it has won more community support from donors, shelters, and volunteers.

It has also drawn attention from pet owners that “spaying/neutering” is a proven mean of saving their pet’s lives, especially feral and stray cats and dogs.

Almost 70 countries have recognized the World Spay Day. This led to a spotlight on the power of affordable, accessible spay/neuter to save the lives of companion animals.