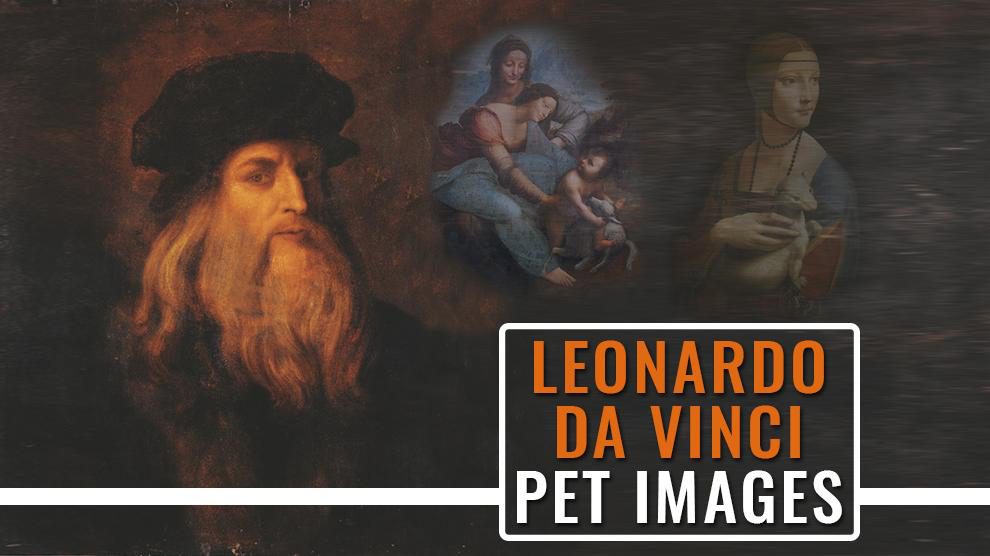 Whatever the realities or legends about Leonardo da Vinci, one thing is sure: there is one more expression that is left out for this polymath- he was an animal rights activist and he was far ahead of the curve in questioning the supremacy of humans to animals

Yes, the Renaissance man was one of history’s first-ever animal rights advocates, took a stand against animals exploited for food, clothing, and entertainment.

He was awe-inspiring, not just in the terms of his own time, but according to modern day approach and attitudes.

The energetic and naturalistic portrayal of animals in the art of Vinci stemmed from his affection for animals and his commitment to scientific inquiry.

It is believed that Da Vinci loved animals so much that he bought caged birds in the Italian market sold as food and as pets; simply he let them fly away in the air.

Italian painter and architect -Giorgio Vasari wrote that Da Vinci would take the caged birds “out of their cages with his own hand and after paying for them what was asked, he simply let them flutter away into the air, restoring their lost freedom.”

In his 25 documented codices that are collectively known as his “Notebooks,” we can read passages describing the natural world and some of his philosophical fables, maxims, and riddles based on animals and birds.

In his notebooks, Animal rights are also a repeated theme as he has asserted that humans are animals, too.

The human race is not “king of the animals” but simply “king of the beasts”, to be precise, a more powerful creature than other animals and he goes on to rage stating that humans use their supremacy to raise animals for butchering.

Warming to this subject, he points out what some humans do, as they kill their own species for pleasure and there is nothing like this in the animal world.

Serge Bramly has quoted in his book ‘In Leonardo: Discovering the Life of Leonardo da Vinci’- “Leonardo loved animals so much, well it turned out, that he became vegetarian.”

In a number of his works and studies, Leonardo Da Vinci unified science and art. This meticulous combination is very obvious in the realistic and scientific representation of animals in his works.

Leonardo studied both the physiology and anatomy of animals so as to deliver them with scientific exactitude. This also included dissections of numerous (already dead) animals and studies of movements of live animals.

His interest is evident in the many observations and writings Leonardo made on such varied subjects as zoology, anatomy, physiology, comparative anatomy and geology. 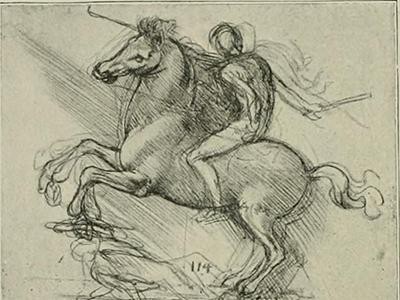 His interest in nature and animals not only evinced itself in his scientific inquiries but also in his drawings and paintings. This curiosity in animals is manifested by the exact realism and life given to animals in his works of art.

Leonardo counted on close examination of the animal and at times dissections of their essential features with the purpose of composing many of his art and studies.

He also used these animal body dissections to compare them with human body parts and by doing so became a pioneer in comparative anatomy. The energetic and realistic depiction of animals by Leonardo was unique in his time.

Other Renaissance artists, such as Raphael and Michelangelo, were more concerned in the divinity and humanity represented in their works.

While Leonardo didn’t ignore humanity and divinity, he depicted nature in a more elevated position than other artists of his day. 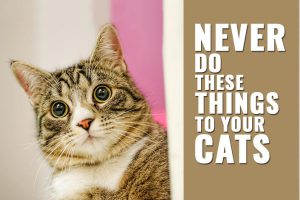 Cats Are Very Sneaky & Tricky Customers. Keeping That In Mind, Take A Note Of These 17 Things You Should Never Do To Your Cat In Your Lifetime.
Read More
Back to Index

Leonardo’s literary world– riddles, fables, aphorisms – is packed with animals. Leonardo did not use animals just as Aesopicethical replacements for humans like other classical, Renaissance and medieval fabulists.

He used them differently, celebrated their strengths, intelligence and condemning how humans treated them.

In his so-called “Prophecy” riddles — which seems like portrayed scenes of a dreadful apocalyptic future — one encounters legions of malice and pain.

For instance, in one riddle, he stated that the children of thine were given up to slavery to others … rewarded with the ruthless suffering, but still, they spend their whole life benefiting those who mistreat them. Who are they?

When you look into it, this is not what it seems. He is not speaking about humans, but rather, of donkeys. How humans pay back their services with meanness and even cruelty.

Nevertheless, in a compassionate move, Da Vinci was also linking humans to donkeys and Stresses the ubiquitous fact that humans subject their fellow humans to terrible fates.

And in a particularly chilling prophecy, he describes a particular awful animal, so full of wickedness that they were obliterating all life on land and sea:

He has stated that “O Earth! Why don’t you open and swallow up [these animals] in the crevice of thy vast caverns and abyss, as no longer these cruel monsters should be displayed the sight of heaven!”

The monster, obviously, is MAN.

Many people wrongly assume that Da Vinci’s Vitruvian Man is a suggestion of observance to the normal, but not unanimously, held Renaissance notion that man was the most perfect of life forms and “the measure of all things.”

While his artistic and literary production seems to show that he saw animals as the true “image of the world.”

In his sketches, we can see Birds, insects, and bats extend their wings… horses rear up on back legs, run, trot and fall… Cats lounge, stretch and wrestle and lounge…roaring Lions… dogs as affectionate pets, Bears, crabs, rhinoceroses quietly walk or stand… ants and Beetles bend their appendages. 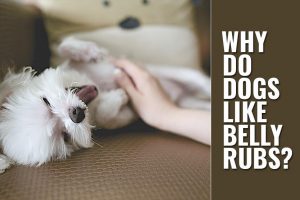 Why Do Dogs Like Belly Rubs? – Science Reveals The Truth!

Why Do Dogs Like Belly Rubs? Some Dogs Are Addicted To Belly Rubs So Much They Will Literally Demand Them. Find Out The Truth Behind This Cute Dog Behavior.
Read More
Back to Index

Da Vinci may have been ahead of the time in anatomy, mechanics, and aerodynamics, but he also possessed an amazing insight for another modern staple: cat obsessions.

Cats can be found in many of his sketches.

In one of the sketches in his notebook dated around 1515, the artist depicted almost twenty cats grooming, playing, stalking, washing, sleeping and fighting with each other and one slinky little dragon lithely twisting backward and baring its teeth.

His sketches reveal the serious affection he had for felines and it is also very fascinating to see how the sketch of the dragon, by using the analysis of the movement seen in the felines, suggests the powerful movement of this mythical creature.

Da Vinci worked on several different studies during the mid to late 1470s, describing the idea of the Madonna and the Christ Child, holding a cat.

The painting is based on a legend about a cat being born at the same moment as the baby Jesus. While there are several sketches and studies made by Vinci, only 13 or 14 actual paintings exist today.

In “The Virgin and the Child with Saint Anne”, painted from 1508 to 1510, the figures depicted all relate to one another, and a lamb being hugged by the child Jesus.

Da Vinci painted the lamb with detail and sensitivity. As we know, the lamb is the metaphor of Jesus Christ’s sacrificial death for mankind.

His animal subjects are nature-morte; based on reality and are filled with motion and, apparently, emotion.

Leonardo’s depictions of pets’surface not only as forces that challenge our sense of human primacy and educate us about ourselves but as commanding, creative forces, on their own terms.

Leonardo whittled the walls between “us” and “them” by stating all things as micro-reflections of a macro-whole and keeping all life on a level field.

And as he visualized in his scary verbal and visual depictions of global disasters and catastrophic deluges, we’re all in this together.