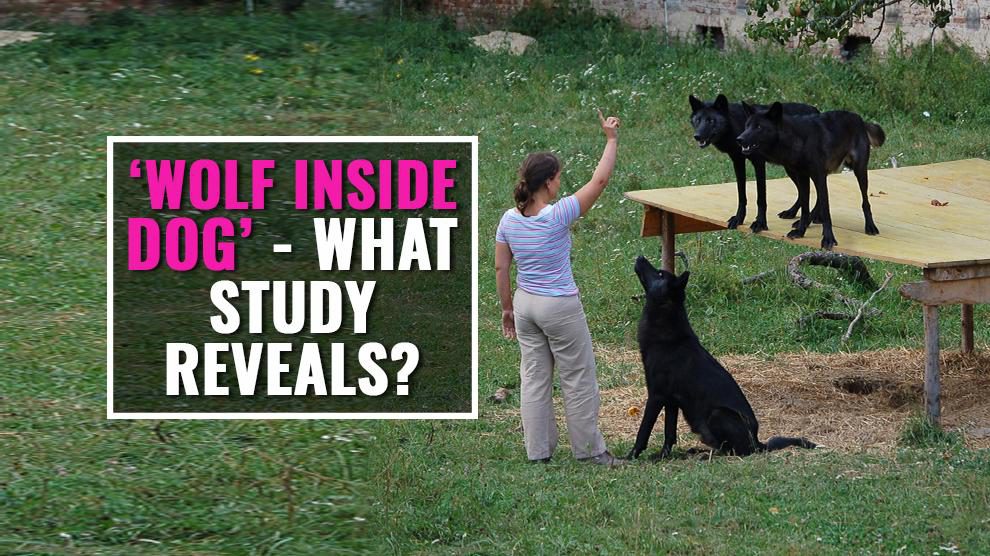 Wolves are born leaders and dogs follow. Both the animals are created to perform and co-operate with humans, according to a study that provides a fresh perspective of how one animal was improvised from the other.

The presence of “Wolf inside” makes a dog cooperative.

In the case of domestication, those animals that were timid and obedient to humans were mainly picked for breeding, the reason why they make excellent pets today.

In the present case, researchers tested dogs and wolves at the popular Wolf Science Center in Austria. The animals are socialized, right from a small age, with humans.

To test the animals, the researchers compared their actions in the loose-string experiment with known human companions. The researchers claimed successful cooperation when the involved animal fully coordinated with his human counterpart simultaneously pulling the ropes.

If only one of them pulled, then the attempt was branded as a failure.

The Nitty-Gritty Of Experiment

In the first experiment, spontaneous condition, they allowed the animal and human partners in a pattern that in at least 50% of the trials the human and in the second half the animals would arrive early and decide which end to pull.

If the animal tried to steal the rope,  then the attempt was deemed a failure because of non-cooperation by the human partner.

In the second experiment, the researchers used two trays with some distance to investigate how the animals cooperated. They also took into account who took the initiative.

Each animal had different trainers.

In the spontaneous condition experiment, the wolves performed better. The dogs succeeded in just 49% of the trials compared to 61% of the wolves.

Animals performed better in all trials they arrived early before the humans. The complete result of the experiment can be checked out at (https://www.nature.com/articles/s41598-019-40468-y).

According to one researcher, “It shows that wolves are born leaders, and dogs are eager to wait and see their partner and copy that behavior.”

About 30,000 summers before, wolves reached out to humans in seek of food.

The “taming” of the wolves started to gain momentum and they gradually evolved into the canines that we all know today.