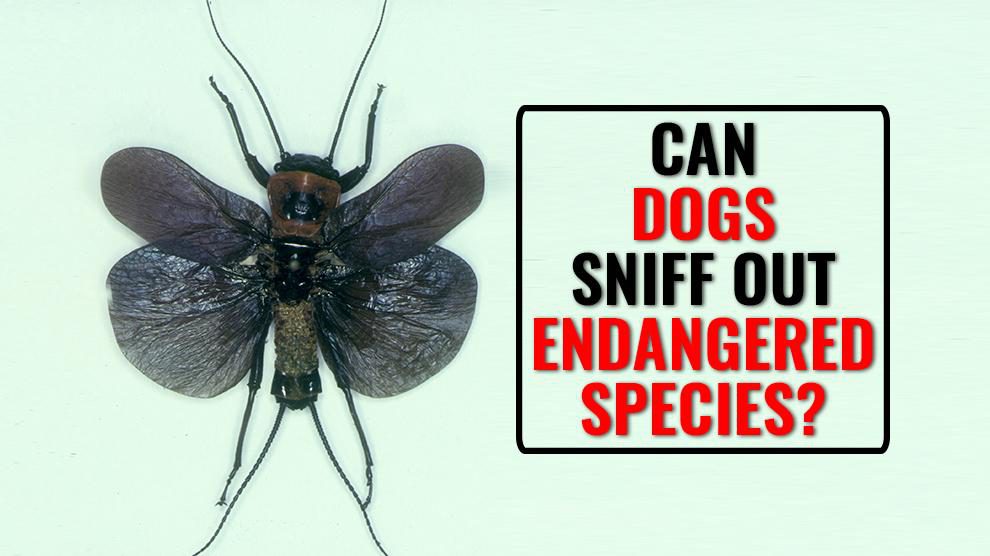 Three dogs named Sasha, Judd, and Bayar are in the news for something remarkable. They sniffed out the endangered and elusive Alpine Stonefly.

Alpine Stonefly is one of the endangered insects. A canine has been trained to detect its habitat.

The conservation of the Alpine Stonefly is delayed due to insufficient data on their exact distributions.  This information is true for insects.

The difficulty of collecting information means the endangered status of many insects remains unmanaged and unrecognized.

In these areas, it is necessary to use the latest innovative methods to identify the abundance and distribution of threatened species.

Insects are important for the balance of the ecosystem.

Why traditional methods are failing? Is there an emergency to adopt new methods?

Traditional survey methods are more time consuming and labor intensive. This drawback is addressed by utilizing the services of Samoyed, border collie, and the Labrador.

La Trobe’s Dog Lab in Victoria has been training and employing a pool of local volunteers along with their dogs.  They are used for environmental DNA sampling and conservation detection. Both the detection dogs as well as the environmental DNA has the capacity to produce data.

All the participating dogs were skillfully trained to recognize the smell or odor of the Thaumatoperla Alpina or the Alpine Stonefly.

The dogs have sniffed out animal feces or nests but definitely not an insect of this size. An Australian first.

Are Stoneflies Hard to Detect?

Stoneflies are aquatic insects. They are hard to find. Why? These insects live as larvae in water for about 2 years.

Stoneflies live underneath boulders, cobbles, and into the stream while they come out between January and April just to reproduce.

With all these difficulties, it won’t be difficult to understand why traditional methods are often useless.

How environmental DNA and dogs work?

Researchers collected water samples from the streams in the Mount Stirling, Mount Buller, and Bogong High Plains with trace DNA.

This method but limits or restricts the collection of ecological data.

Trainers introduced the canines to the smell of the Stoneflies in a lab setting. They moved to bushland to search.

The trial took place at Falls Creek. The trail was a grand success with all three participating dogs finding stoneflies in their habitats itself.

This is a good start as it reflects this method can be implemented to survey another species that lives in Yarra Ranges and Mt Baw Baw.

Researchers are feeling proud that these new methods are protecting biodiversity in the alpines.

By developing new methods to detect these insects, the researchers are playing a major role in conserving them.