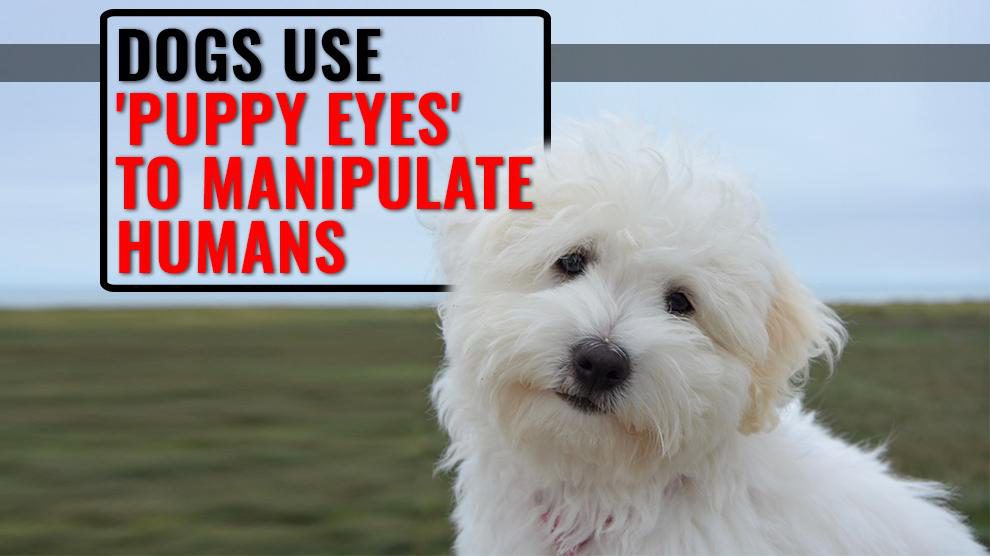 The muscles around your dog’s eyes help him to create an expression that resembles that of an infant. No dog lover can resist such a charming face.

If you had a sense of intuition that your dog pets used their cute “puppy eyes,” to get things done, you were 100 percent right.

What is a Puppy Eye?

Puppy eyes refer to those sets of adorable, droopy look that your dog gives when it seeks treats or want to catch your attention.

A study confirms that canines’ eyes actually improved over the years. To explain this in simple plain words, the muscles around your dog’s eyes have evolved to allow them to show cute expressions which would show them in a good light.

The facial muscles around the dog’s eyes help the canine create a lovely expression which projects them as a lovely infant. So, can you resist a cute, adorable face?

Experts also confirm that canines may also raise their eyes and reveal the white part of the eyeballs. This is called the sclera. This expression makes their eyes appear larger and generates a good emotional response.

In general, researchers compare canines’ eyes to the eyes of wolves. Wolves cannot move their eyes as a dog does.

Researchers also express their opinion that these muscles exist to pushing dogs to win over their human companions hands down.

Why Does My Dog Give Me Puppy Eyes?

Your pooch gives you puppy eyes to seek your attention. But, dogs have puppy eyes due to the release of love hormone “oxytocin” in it. But, a new study reports that the dog owner’s oxytocin level also increases when their dogs give puppy eyes.

So, the oxytocin release is mutual when you and your pooch gaze at each other. Studies show that the release of oxytocin resembles a mom gazing at her newborn.

These features consist of larger eyes, a bigger forehead, and more. The movement makes it appear bigger, thereby creating an infant-like expression.

This expression shows sadness, and this triggers a sentimental response from humans.

Dogs, in fact, have evolved to meet the need of a task, their surroundings, and their owner and humans are attracted to an “adorable” face.

For You To Note:

If you have your dog melts you with his magical puppy eyes, please share his cute mesmerizing picture at the comments section or you can send it to petmoo@gamainfomedia.com

We would love to share it on our page with your details.