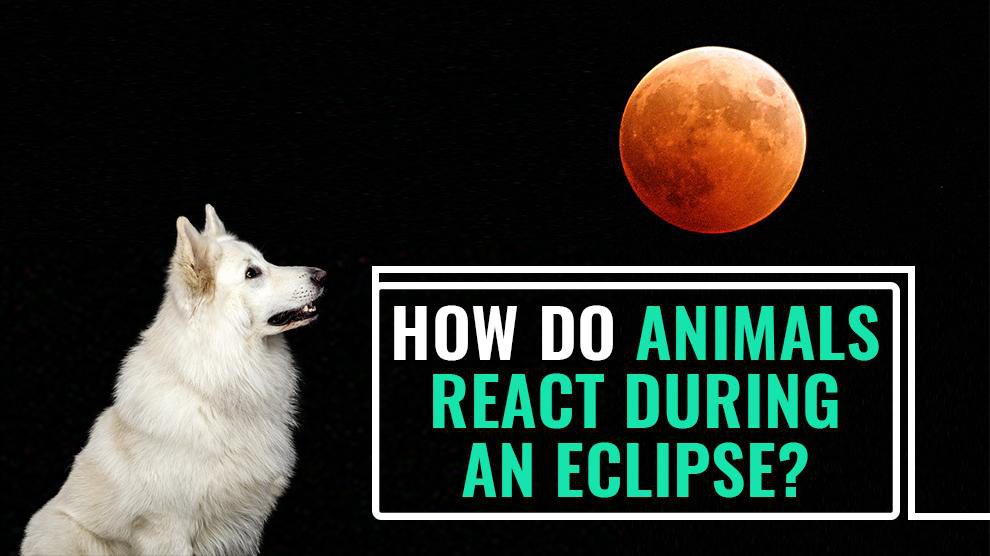 Animals depend on the dark-light cycle to maintain their metabolism. These rhythmic and regular cycles in any given day make animals do their respective activity.

These cycles decide when –

Animals analyze all this from the quantity of daylight, and also the moon’s cycles influence their behavior.

The lunar cycle where the moon travels from one full moon to another full moon within a span of 28 nights causes systematic changes to the light pattern at night.

Most species on Earth can recognize this change and use it to alter their breeding. Mass release of eggs is witnessed in corals on new or full moons.

So, you can expect major changes in animal’s behavior to coincide with changes in the moon during eclipses.

How do animals react during a solar eclipse?

There are several cosmic events that take place every now and then.  Confused animals react strangely by going back to their homes while nocturnal think they have actually overslept.

During a solar eclipse, the Earth, moon, and sun appear on the same axis. In this eclipse, the moon totally blocks the fiery sun.

Around the world, strange incidences are reported when the eclipse is in progress.

Some spider species actually break their webs as they do only at the end of a busy day. As soon as the eclipse is over, they once again weave their webs.

Birds and fish head for their abodes, while some bat species appear quizzed.

In Zimbabwe, hippos were noted leaving their watery home and heading towards the feeding grounds. After the eclipse passed, these hippos did not know what to do once the daylight returned.

A lunar eclipse occurs when the Earth appears right between the moon and sun.

During this time, the Earth blocks sunlight to reach the moon and will result in reddish glow appearance of the moon. As these blood moon usually occurs during a full moon, it is quite difficult to distinguish the impacts of a lunar eclipse from the full moon on animals.

Research carried out in the Department of Anthropology, University of Pennsylvania in 2010 reported that owl monkeys in Argentina stopped searching for food during lunar eclipse due to the sudden darkening of their world. They might have felt too nervous to have a safe move through the trees during the eclipse.

During a lunar eclipse, the light levels appear around 30% brighter.

Some people reported that their dogs barked more during the eclipse. But, science has not yet proved this. But, it is important to notice your canine’s behavior before and after an eclipse.

In Scotland, the wild barnacle geese showed an increase in their body temperature and heart rate during supermoons.