Many dog lovers believe that their dogs do dream. Most of them would have understood that at different occasions during their sleep, some snap at sleep-created chaos, make leg twitches, some may quiver, or some even growl. It creates an impression that these dogs are actually dreaming.

Setting the record straight, the brains of humans are like that of dogs. Moreover, during sleep, both humans and dogs undergo similar electrical activity.

So, do dogs dream? Let’s decode the answer behind this mystery.

As per reports, if dogs did not actually dream this would be a great surprise given the fact that animals that are less smart than dogs do dream.

There is evidence that rats do dream while sleeping.  Another interesting point is that much of the so-called dreams you have at night and the activities you do on that day are interlinked.

For instance, if a rat completed a complex maze he might be dreaming about it while sleeping. The team of researchers at a leading university analyzed the rat’s hippocampus, the one that stores information. When the rat was sleeping, similar patterns of brain waves were noticed.

The patterns were specific and clear that the scientists were sure enough to tell if it were actually awake.

What Do Dogs Dream About? 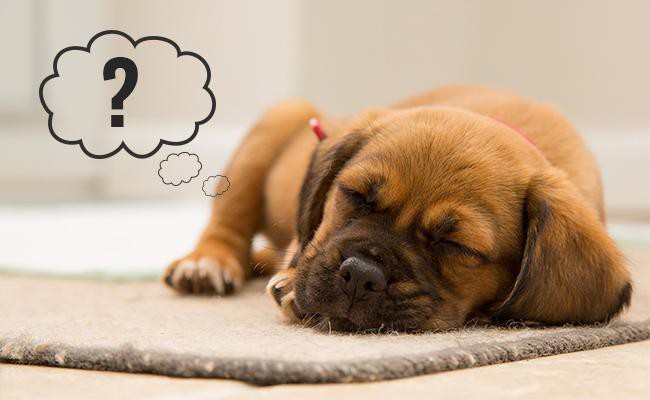 Since a canine’s brain is very complex and it shows similar electrical sequences, it shows that the dog’s also dream. Some experts are of the opinion that they dream or think about common dog tasks.

There is a specific or pons in the brain that prevents us from acting or remembering out our dreams. When researchers inactivated this part, they learned that the dogs moved around, but the electrical patterns showed that they were sleeping.

The canines made a move when the brain reached that part of sleep linked to dreaming.

During dreaming, these canines began to perform the action that they were executing in their dreams.

This proves that these dogs have a dreaming signal that may start searching for an imaginary bird.

It is not difficult to determine when they are dreaming without electrical patterns.  Just closely watch your dog from the exact time he dozes off. As and when the sleeping becomes deeper and deeper, his breathing will stabilize.

In the next 20 minutes or so, your dog will have his first dream. You can notice this by observing his breathing. It will become irregular and shallow.

Your dog may show odd muscle twitches, and if you lift his eyelids, you can see his eyes moving.

The eyes move because of the fact that your pet dog is looking at the dream images. These regular eye movements are common during dreaming.

When humans are awakened during the dreaming phase, they agree that they were dreaming.

What Do Dogs Have Nightmares About? 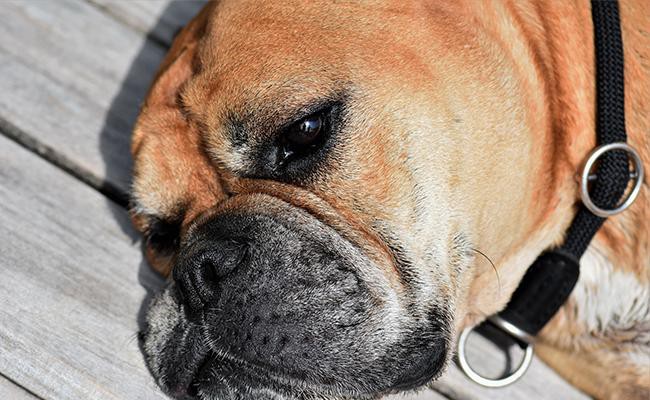 Not all dreams are pleasant and cool. We then infer or assume that dogs can also have nightmares like us. These nightmares are difficult to explain or record.

It can look simple to wake your pet and cajole her, as you do a baby, but there are different risks associated with canine nightmares.

If humans have ever been woken or disturbed from a bad dream, they will take a minute or two. Like humans, dogs can also behave aggressively.

This is dangerous for children. The best advice any expert would give is to wait for the sleeping canine to wake up. 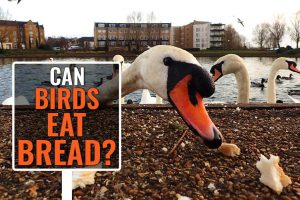 Can Birds Eat Bread? Side Effects Of Feeding Bread To Birds

Can Birds Eat Bread? Birds Love To Eat Bread Pieces, But There Are Many Reasons Why You Should Avoid Feeding Bread To A Bird. Check Out
Read More
Back to Index 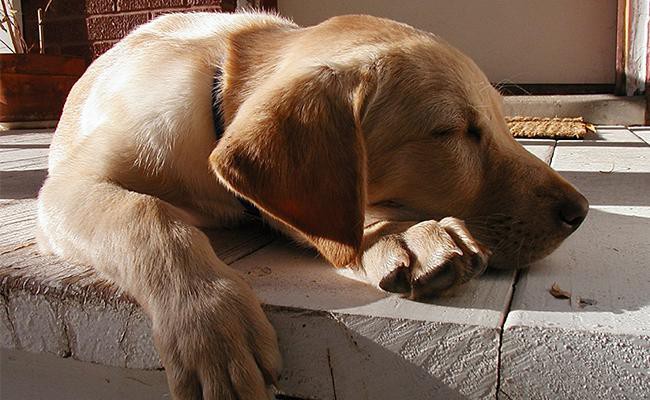 When canines are in REM mode, you may see some changes such as making other noises or whimpering, twitching their legs, or flicking their paws.

These behaviors are normal.

The dog’s smaller set of muscles are not idle during REM sleep. The major muscles of your dog are actually paralyzed. These signs show that your doggie is in the dream world.

According to a leading vet, “ Canines have a range of movements and positions during sleep, so they will flop around or paddle their paws with their limbs.” “Dogs are active and that’s simply normal.”

If you are confused whether these signs could be associated with sleep disorders or even seizures, these behaviors are not dangerous for your information.

“Normal sleep behavior and seizure in dogs are not one and the same.” During a seizure, the movement is much faster.

A sleep disorder such as a REM disorder is not common in dogs. In this condition, dogs will move around in their sleep. That’s a serious problem.

If you suspect your pet may have something serious, talk to your local vet at the earliest. They will devise a plan to keep your pet safe and secure while they are sleepwalking.

Researchers are of the opinion that dogs vary about what they dream about and how often they dream.

What activity your dog does the whole day will recur in your dog’s dream say, experts. 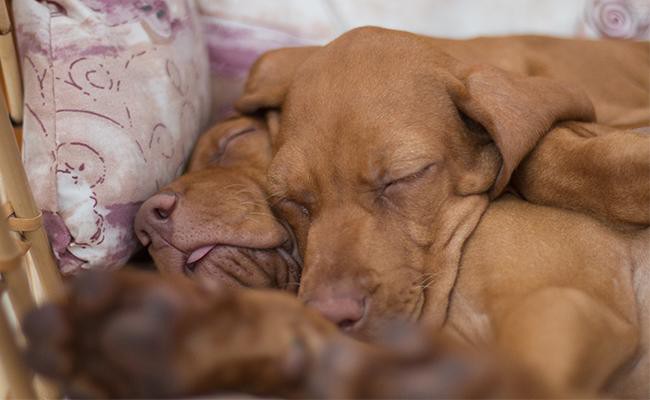 The fact that Dobermans display protective instincts while the pointers point during dreams. Your Golden Retriever, for example, is more happy to dream about running behind a squirrel that is a small dog like Maltese. 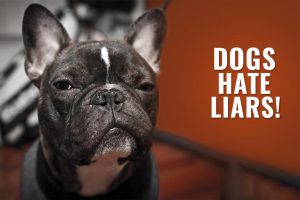 Dogs Are Much More Intelligent Than You Think. Dogs Hate Liars! You Better Deliver On Your Promise Because Canines Don't Take Lies Lightly.
Read More
Back to Index

Do Dogs Dream About Their Owners? 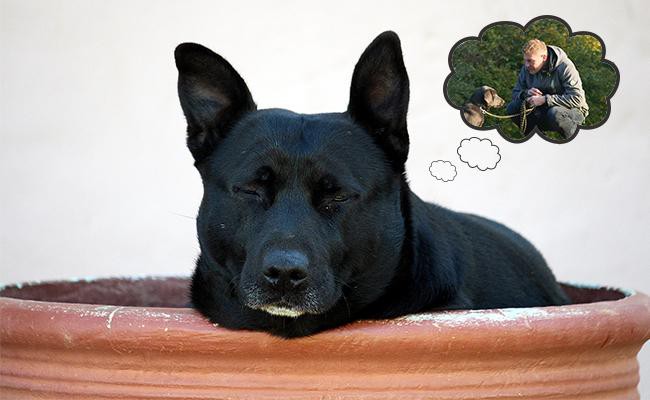 Many researchers believe that canines dream while they actually sleep. According to a leading psychologist, “ Since canines are fond of their owners, it’s a possibility that your canine is thinking of you, your body smell, or having depression about you.”

The simple logic behind this observation is that the pets are most likely like people who dream about the different things they do in the day time.

Indications that dog pets in this process include eyes shifting under lids, leg movements, and snarl at the passersby. 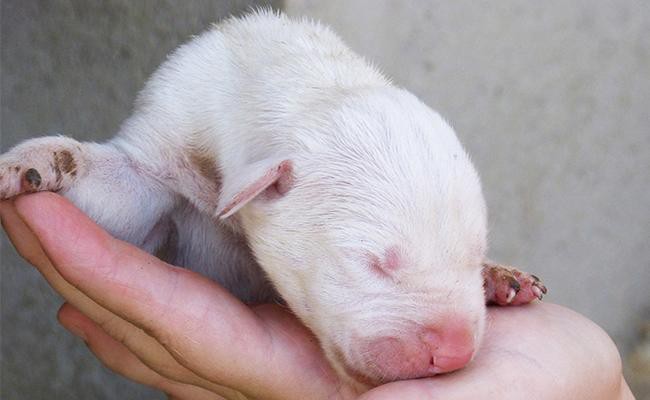 The noises and whimpers a dog make during the sleep may sound like howling or ramblings we humans do.

So, dogs talk or converse in their sleep. There is, at present, no method for dog lovers to know what decides the dogs’ dreams.

REM sleeps begins after 20 minutes and can last from some 2-3 minutes. This is when every dog owner would witness their dog making sounds or twitching.

What Does It Mean When My Dog Moves Its Legs In Sleep Like They Are Sprinting?

The possible answer they are dreaming they are actually running. Experts claim common sleep-walking does not occur during dreaming.

The more pronounced the movement is, they are acting or enacting a dream.

How To Ensure That My Dog Has Good Dreams?

The best possible way is to help your dog get a nice daytime experience followed by a good solid sleep in a comfortable and secure environment. 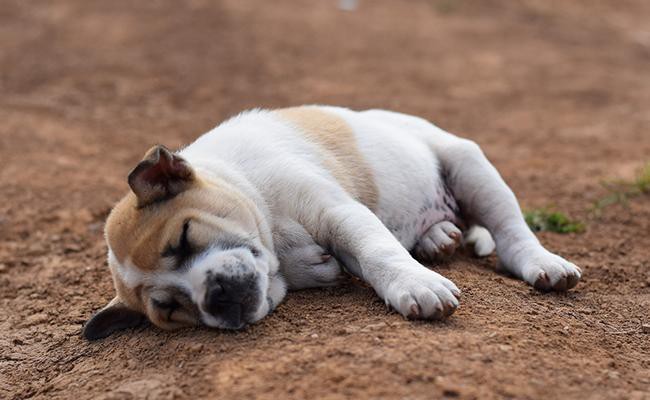 The life of a newborn puppy consists of sleeping. After a fortnight, you might see them twitching in their sleep.

This could be your puppy first tryst with dreams. We do not have a perfect answer, but the twitching seems to be associated with neural development.

The twitching proves activity in the brain. In some cases, such twitching could be related to muscle development.

By the second week, a puppy opens her eyes but her vision is not good. After she reaches 5 weeks, her vision improves.

In animals and humans, dreaming consists of moving images or visuals.

No can tell for sure what your puppy is dreaming, but they look cute whether their deep sleep consists of actual dreaming.

The start, as well as the end of life, include more dreaming. Old as well as young dogs spend more and more time moving while sleeping.

There is a good possibility that they are vocalizing their dreams. 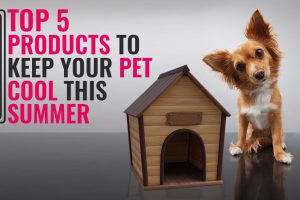 Top 5 Products To Keep Your Pet Cool This Summer

Sunny Days Of Summer May Feel Good For Us, But Excessive Heat Is Dangerous For Pets. Let Us Look At The Top 5 Products To Keep Your Pet Cool This Summer.
Read More
Back to Index

Why Do Dogs Dream?

To be honest, even scientists are not sure why we people dream, so for dogs, it may take more some time to get a clear picture.

Experts believe that the best explanation could be sleep helps memory reprocessing and memory consolidation. It’s almost the same for canines, or any mammal, dreaming helps us collect or condense our thought.

No matter what dogs dream about, they, just like us, have constant fears and dreams, making us alike than different.