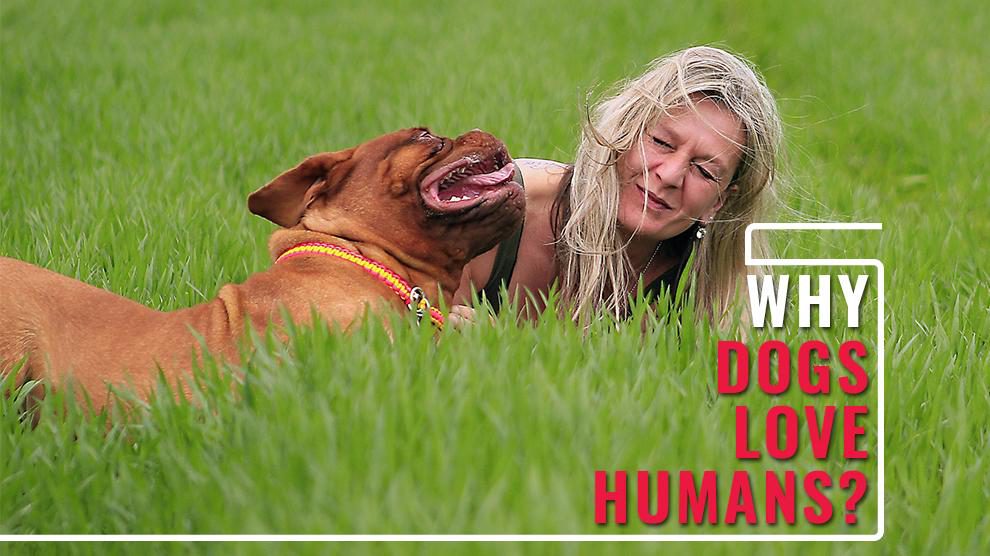 To start with, we can assure you one thing. This is not just your imagination. There’s considerable research to support the claim that dogs truly adore their owners. There is no doubt about that.

You can see it in their toothy grins, puppy-dog eyes and 100 kmph big, windy tail-wags.

Several animal behaviorists and researchers agree that there are all sorts of chemical processes going on in our adorable mooches brains when they’re around us.

So, the puppy love (the real kind, not the incompetent middle school crush) is even purer than you think.

Somehow, Dogs Have Evolved To Co-Exist With Humans 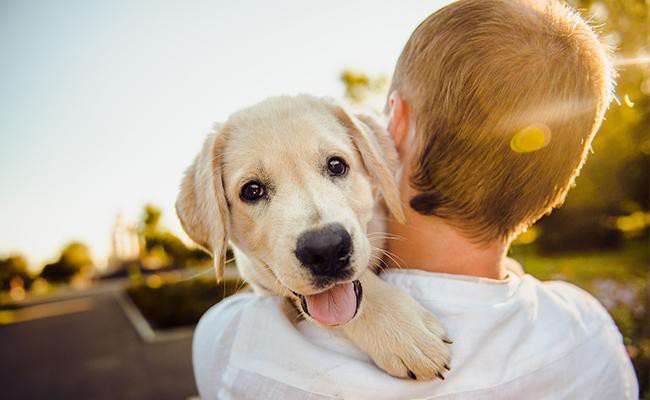 The new research is part of an expansive drive to recognize dogs’ mystifying origins. They tried to explicate just how they became our best furry de-stressing companions. There is no doubt about that Humans and dogs are unsurprisingly best friends.

But how and when did the dogs love for humans first surfaced?

Present excavation results and DNA analyses show that not only is this friendship is closer to 25,000 years old (perhaps 32,000 years) but also that man did master and breed wolves into friendly dogs.

Even so, this association was built on mutual respect and benefits.

This new certainty has been made remarkably clear by many findings. A set of footprints indicating a Paleolithic kid In southern France walking beside a canine have been preserved in the earth of the Chauvet Cave. It dates back to 26,000 years ago and gripped the imagination of canine enthusiasts.

However old the first dog was, or how they came to be domesticated, one thing is very clear that they became friends to humans from time immemorial and have remained so.

While other pet animals and animals, in general, have undergone historic changes in the way they are perceived through history (most notably, cats) the dog has always retained his position as a constant companion, protector, and guardian.

In many cultures dogs throughout the ancient world, Dogs were celebrated and were regarded in much the same way that they are today.

Dogs were seen as guardians, faithful companions, hunters, spirit-guides, and as a considered as a part of the family.

This has been the depiction of dogs through the culture, literature, art and in the inscriptions of many ancient cultures.

Why Do Dogs Love Humans? 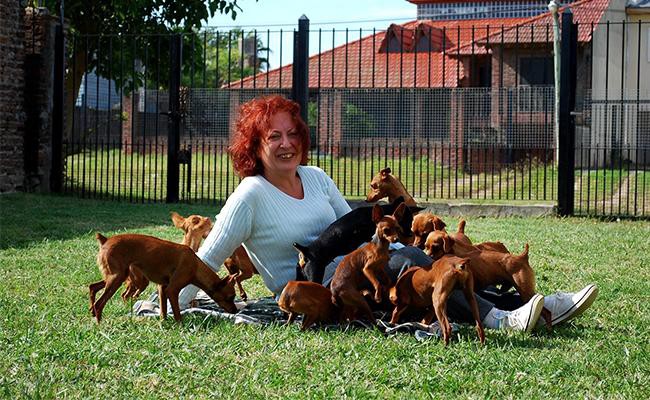 The origins of a dog’s love for humans can be likely traced back to a few genetic mutations in proto-dogs (our modern dogs’ ancestors) that have led them to have friendly personalities.

In the most basic terms, wolves began to follow human hunters to scavenge on their kills thousands of years ago.

When human ancestors first met the modern dogs’ ancestors – few of them were friendlier and more like “yay, humans” than the rest of the wolves. They may have been given extra scraps of food by these hunters.

These “yay, humans” were the ones they kept as pets. The more “growl, humans” cousins were left out in the wild or killed. The “yay, human” wolves possibly had a gene mutation that made them friendlier than normal wolves tend to be.

By breeding only the mutated dog-wolves for decades, we ended up with dogs with unique features, the pugs.

Consequently, it’s thought that over time, “yay, humans” (who later evolved into dogs) learned to be loving and social towards humans.

We mean, they may have started off by using us for food, but, nowadays it’s not just “cupboard love” triggered by a greedy belly.

More from science: The ‘trust hormone’ oxytocin is released (in both humans and dogs) when they interact/have contact with someone they love.

A recent study by the University of Helsinki’s Canine Mind research project stated that this ‘trust hormone’ helps cement and increase the bond we share … it’s the same hormone that floods the neural system of new moms to amp up affection to their babies. 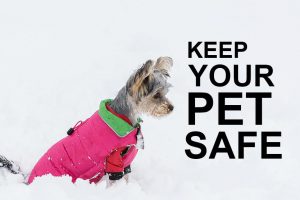 The Bone-Chilling Cold Of Polar Vortex In America Causes More Problems To PetsThan Humans. Check Out The Winter Pet Safety Tips And Keep Your Pet Safe.
Read More
Back to Index

Does My Pup Fully Respond My Unconditional Love For Her? 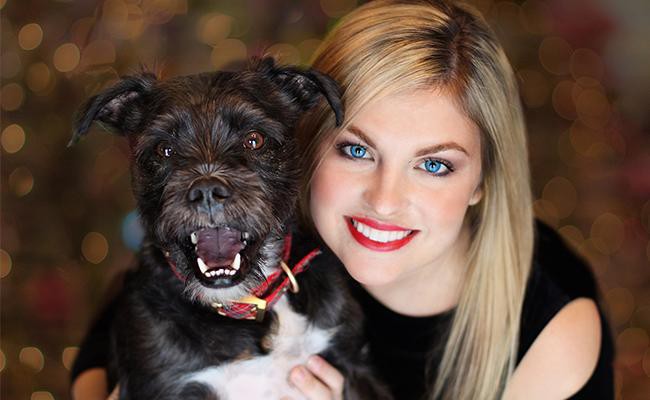 Thanks to canine behaviorists who studied the canine-human relationship, we now have some more answers to your pressing questions.

Initially, they taught dogs to stand still so they could carry out MRI brain scans for neural responses to the smell of people and dogs, both familiar and unknown.

As dogs navigate the world through their noses, the scientists believed that the way they process smell offers a lot of potential insight into social behavior.

Of all the drifting smells they entertained, dogs actually focused on the smell of their humans over anyone or anything else.

They found was that dogs’ reward centers (called the caudate nucleus of their brains) lit up like fireworks on the 4th of July when they identified with their owners’ smells!

We can safely say that in the barrage of smells they bump into daily, dogs filter out and prioritize their owners’ smells, most of all.

That is to say, cues of the owner’s existence trigger strongly positive reactions in the dog, so it can be understood that dogs madly love – their masters!

Among other surprising findings, the research found that sensitively intense vocal sounds are processed in the same way in both species.

Scientists discovered that happy sounds particularly lit up the auditory cortex in the temporal lobe in both species. And, this commonality specifies to the exclusively strong communication system underlying the dog-human bond.

Dog And Human Relationship In a nutshell

The research also revealed groundbreaking news that will fascinate and elate any dog parent.

Dogs are the only species that when scared, worried, or nervous, run to their human caregivers for comfort, just like children do. They are also the only non-primate animal that seeks eye-contact with their humans.

This is, perhaps, no revelation to dog owners, but recent researches indicate that humanity’s best friend often acts more human than canine.

Many studies have shown the human side of our canine companions; Dogs can interpret facial expressions, display empathy, babysit your kids, communicate jealousy and even watch the soccer match on the TV.

They’ve picked up these human-like traits due to their love for humans during their evolution from wolves to domesticated pets.  Who knows… in the future, your pup may even reply to the call when you are in the shower.

In particular, the Yale Comparative Cognition Laboratory studies state that “getting along with us, paying attention to us and obeying us” has led to particular characteristics that often mirror the actions of human beings.

We may not understand all the mysteries whirling in our puppies’ minds- the precise wish or worry lurking in a dog’s woeful look. But we do know one thing for sure: Dogs are good, and we’re better humans because of them.

We can also relish the fact that now we understand our pets love us as much as we hoped, maybe even more. Though they’re not full-fledged kids, they see us as family.

And to us? Well, they’ll forever be our babies.