The most common theory is that the first Shih Tzu puppies originated in Tibet in the Middle Ages and several pieces of documented evidence prove this. Other accounts totally disagree with the official legend, pointing out that in the 7th-century descriptions of Byzantine chronicles similar dogs were found and European traders who traveled through the Great Silk Road brought the dogs to Tibet.

The year 1663 is the defining moment in the timeline of breed, when the Dalai Lama offered a number of Shih Tzu puppies to the Chinese emperor, due to the free-flowing coat, their faces resembled a blossoming chrysanthemum. The Chinese ruler was so fascinated by the Shih Tzu puppies immediately signed a diktat that if anyone who steal his Shih Tzu, or even if he takes it out of the Forbidden City, will be put to death, and his name will be blotted in dishonor.

Hence for the first time to the knowledge of mankind, a privileged, best-kept secret of Tibet emerged. The official approval of the breed into the Kennel Club registry happened in 1957. At the moment, this picture-perfect pup ranks in the top 20 list of the most popular breeds.

There are 8 most popular types of Shih Tzu available today and several other types of mixes. 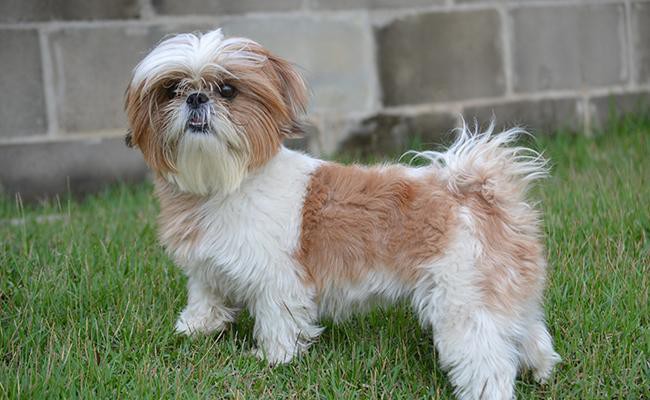 This is a purebred type of Shih Tzu and the AKC recognized this in 1969. The Official Shih Tzu Guide stated that the American Shih Tzu’s physical features include square-shaped heads, shorter muzzles, a short neck, inadequately voluminous, low flat chest, and undersized, wide-set eyes with high, forward-facing legs.

American Shih Tzu is obviously very different from its European counterparts. Visually, this is due to other body volumes. Their characteristic features are a very short body and rather long limbs, smaller square-shaped heads, often shorter muzzles, small chests, long necks with totally different angles of exit and not high enough, short and flat tail.

Most commonly, this type of Shih Tzu has a squarer body format. As a result, these dogs do not move like the purebred Shih Tzu is supposed to move. Often enough, they are more vibrant in movement and seem to look stunning during a fast trot; however, these movements are completely atypical of prototype Shi Tzu. 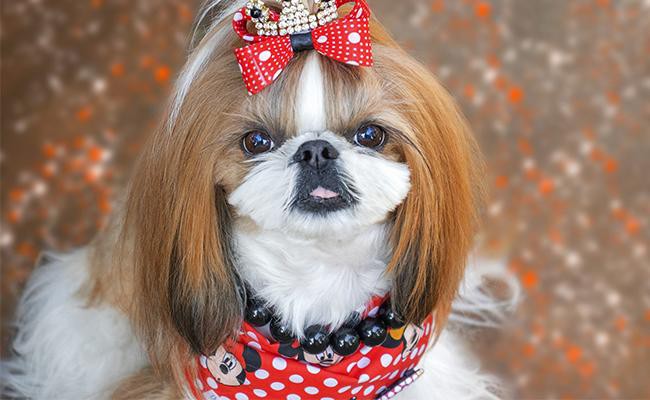 Like the American counterpart, The European Shih Tzu is also a pedigree and the official approval in the UK Kennel Club happened in 1946. European offshoot is popular in Europe, Australia, Russia, and even Canada.

European Shih Tzu is distinguished from the American Shih Tzu in physical attributes such as: large eyes, voluminous heads, a wider chest with a longer neck, well-defined for burst and open stance with front legs curved back a bit. 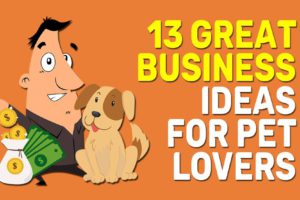 Check out the great business ideas that are most attractive based on your budget, personal wishes, and how much you want to help your clients.
Read More
Back to Index 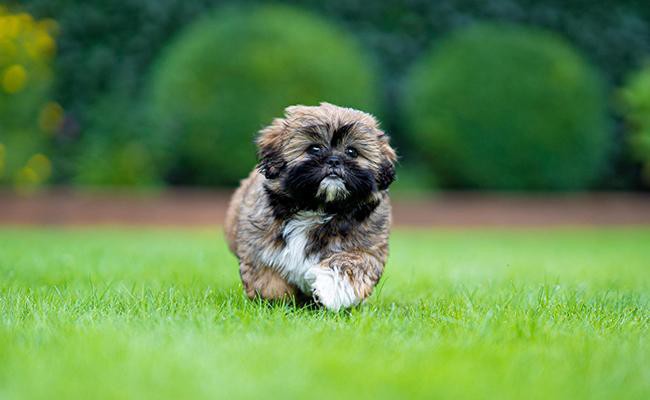 The Imperial type or Toy Shih Tzu is not recognized by any national kennel nor it is a pedigree, however, it is usually sold as purebred by breeders. Breeders coined the word “Imperial” Shih Tzu as a gracious alternative for an otherwise tiny, diminutive derivative of the breed.

A purchaser can distinguish Imperial from other types by differences in their size. The height of a pedigree Shih Tzu is 9 – 11 inches and 7.3 kg (not < 4.5 Kg) in weight. The average size of imperial fluffy is 2.5 to 4 kg.  The progeny may be with genetic defects as breeders tend to choose the runts of the litter in breeding toy Shih Tzu. 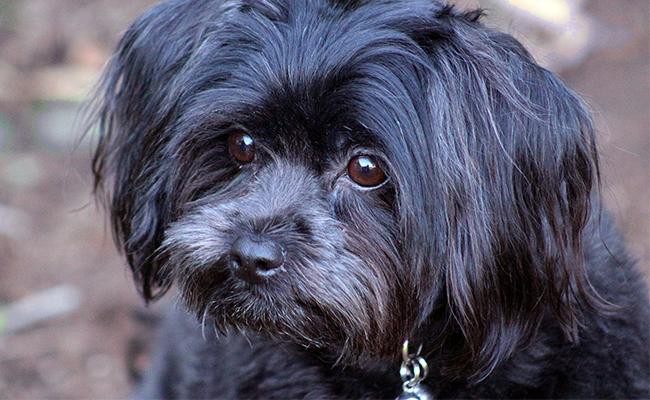 Though black is not so “dominant” color in Shih Tzu, however a black Shih Tzu is remarkable. Many of the Shih Tzu’s that look totally black will have shades of chocolate or blue in their coats. Nearly all black Shih Tzu have a few white markings on their coats. 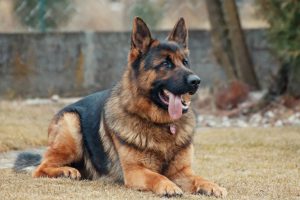 Rescue Dogs Are The Dogs Taken Care Of In A New Home Due To Bad Surviving Conditions. The Use Of Rescue Dogs In Search & Rescue Operations Remain Vital.
Read More
Back to Index

Have you seen a Shih Tzu dog with blue eyes before? Blue-eyed Shih Tzu are an oddity and their manifestation in a particular dog is due to the lack of the color gene(presence of the merle gene) for black which impedes the synthesis of black pigment in the dog. This dilution gene produces dappled patches of color on both the skin and coat, and it can result in blue-colored eyes.

The dilute pigmentation in the color of the iris of the dog’s eye is usually hereditary in blue-colored dogs and variations in the blue color – “Isabella”. 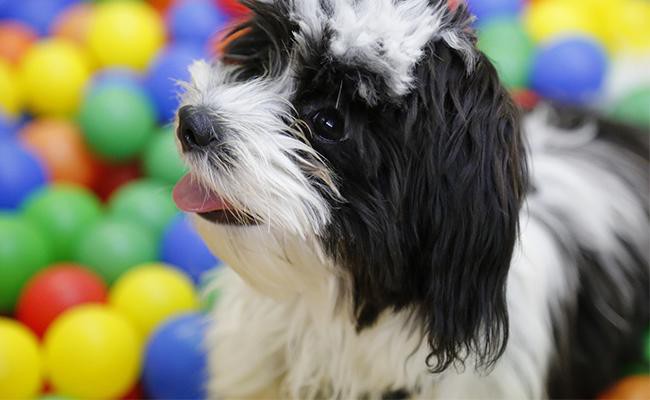 Have you ever heard of Japanese Shih Tzu? They are not purebred dogs. They are some kind of mixed breed dogs. For instance, Jatzu (sometimes called the Chin-Tzu) is a mixed breed dog with one parent that is a Japanese Chin and another one is a Shih Tzu.

Jatzus is a smart, stubborn, and super cute lap dog. A snippy Japanese Shih Tzu is very rare as most of them are really adorable. 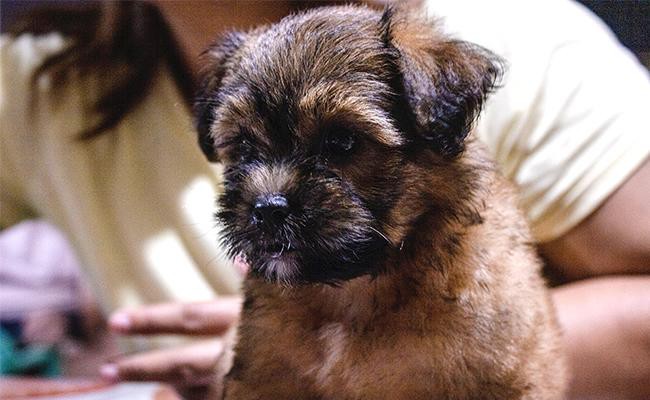 They are the tiny ones in the bunch. Teacup Shih Tzu is not a stand-alone breed or a variety of breeds. Some naturally occurring undersized puppies in a litter due to chondrodystrophic gene are bred deliberately resulting in the popular teacup Shih Tzu. The substandard-sized puppies that are naturally occurring usually grow to between 3 and 3.6 kg(7 and 8 pounds) adult weight.

With a long flowing coat and large black eyes, the playful teacup Shih Tzu has been the quintessential companion dog with its affectionate demeanor. 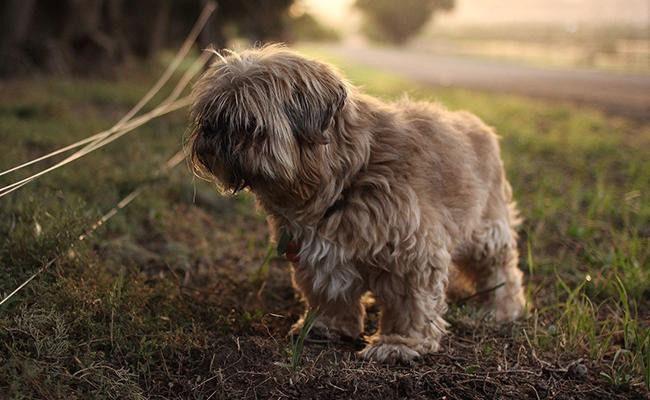 The brindle (tiger-striped) dogs are in fact ordinary “sable” (gold) dogs due to the presence of the dominant gene. Their brindle appearance is because of the increased occurrence of melanin in the dog’s coat. Brindle dogs have multi-colored tones due to other streaks of color running through their base color, ranging from tan or gold to black or brown.

How Often Should Dogs Go To The Vet?