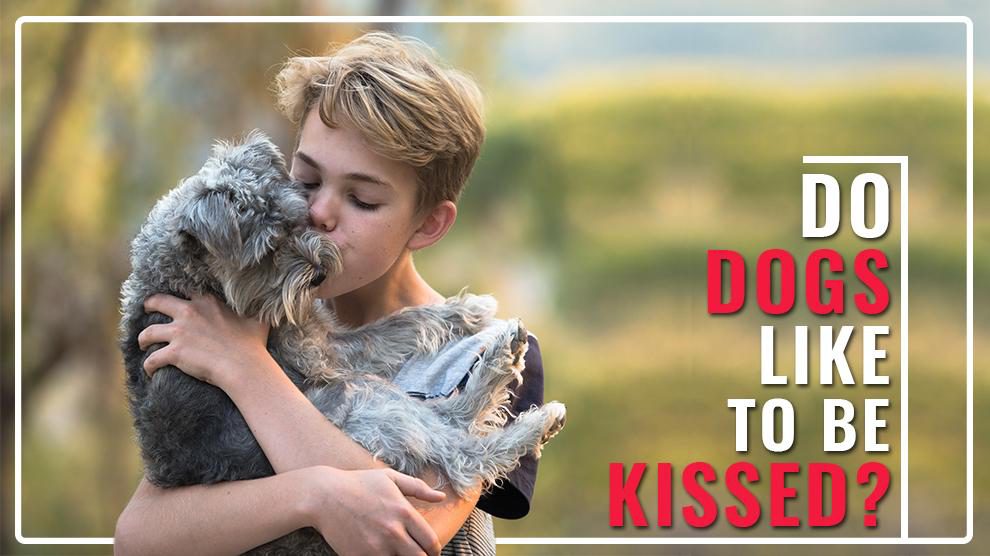 Kisses – it’s how we demonstrate love and affection. Almost every human knows the meaning and value of a kiss. The simplest answer why humans kiss is…it just feels good.

As anthropologists say 90 percent of humans actually do kiss, but there are people for whom this explanation isn’t quite sufficient. Well… what about the remaining 10 percent? They have no idea what they’re missing.

Let’s discuss them some other time. Understandably, the study of kissing (a field called “philematology”) is an inherently imperfect science. Something we don’t know: A kiss is more than “just a kiss.”

Kissing is more personal and much more complicated.  Humans pucker up their lips for all kinds of reasons.

We kiss out of affection, for luck, informal greeting or an intensely romantic gesture, kisses in the air to an acquaintance, to say hello and goodbye. You say it, you get it.

Until now, these kiss scientists (philematologists, by the way) haven’t convincingly explained how humans started to kiss.

But they’ve hypothesized a few theories about how our biology (or chemistry for that matter!!!) is affected for the good by a passionate kiss.  The nice study indeed!

Let’s assume us to be animal philematologists …Pups often give us an overwhelming urge to pet and pamper them that often entail kissing them but… Do dogs like kisses?

Do our dogs understand what smooches actually mean? Many of us usually smooch our pooch. But do they not understand what this gesture even means? And if so, how do they likely feel when their beloved owners kiss them?

That’s precisely what this piece of writing will answer! Let’s focus on kissing and related canine behaviors as well as what might be our furry friends’ perception of kisses. 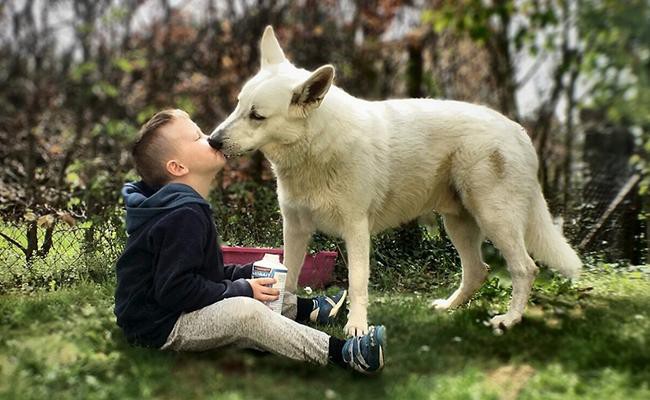 Now that we know humans love to pucker up for a number of reasons, let’s look at whether dogs have any kissing like behavior. Kiss scientists ponder over a big question whether kissing is learned or instinctual.

Kissing is unique to humans. However, many animals actually do engage in kissing-like behaviors to show affection i.e. primates like bonobos and chimps occasionally kiss.

As we all know, there are some dogs that seem to lick your face and arms regularly. Few other doggos don’t ever really lick at all.

You either love it or hate it: the warm, wet slobbery slurp of a dog licks in your face. Many of us look for this kind of interaction with our dogs (much to the dismay of onlookers sometimes) while others try to put off the behavior.

Many dog lovers consider a lot of significance to dogs licking us, particularly if we’re the sort who enjoys it – we interpret that as a sign of affection and we say our dogs are giving us kisses.

This seems like an adaptation of dog kissing, but what does dog “kisses” mean? Are these sloppy slurps really signs of affection?

Sorry to say, there’s no easy answer to dogs’ purpose when licking their masters.

There may be three main purposes of licking:

First of all, dogs lick to self-groom. They aren’t neat freaks like cats, but when they get dirty, and then use their tongue to clean themselves up.

Secondly, mama dogs also lick their puppies for grooming them and for stimulation of their bowels. Puppies also lick the mouths of older dogs to promote the regurgitation of food.

This is merely a handy method to transport food to the younger, less capable pack members.

Thirdly, licks can be due to sensory behaviour…your dog kisses you due to a particularly pungent (and pleasant) odor.

Maybe they like the smell of a certain lotion you’ve applied or your skin is a little salty.

This also suggests the obvious: If you had something that’s particularly spicy or tasty and when your dog sniffs it, there’s a good chance, out of the blue he’ll feel like lodging a nice wet one on you. 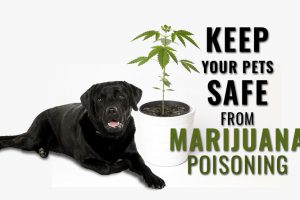 Marijuana Toxicity In Dogs – Keep Your Pets Safe From The Demon

Marijuana Toxicity In Dogs Is On The Rise With The Decriminalization And Legalization Of The Product. Learn The Tips To Protect Your Dog From The Demon.
Read More
Back to Index 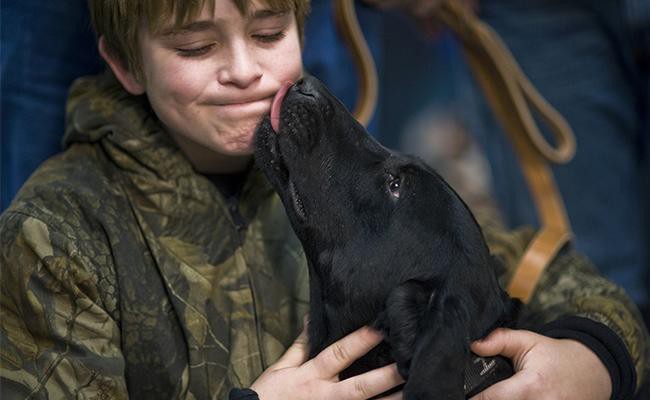 As you can see, dogs do not lick for the same reasons that humans kiss.

Dogs have a strong sense of smell and therefore do not need such closeness associated with human kissing.  Instead, they lick for several reasons, for instance, grooming, medical reasons and the acquisition of food.

Besides, this instinctual behavior is reinforced by a process called learned behavior (habituation) and may become compulsive.

In general, the dog licks his master first as a form of greeting or may be an effort to get food.

When they get food or your attention after the licks, this encourages the dog to do the lick therapy, which they do progressively more in order to get the reward of attention or food.

Owing to this, a pupper’s lick is not necessarily identical with a human kiss. 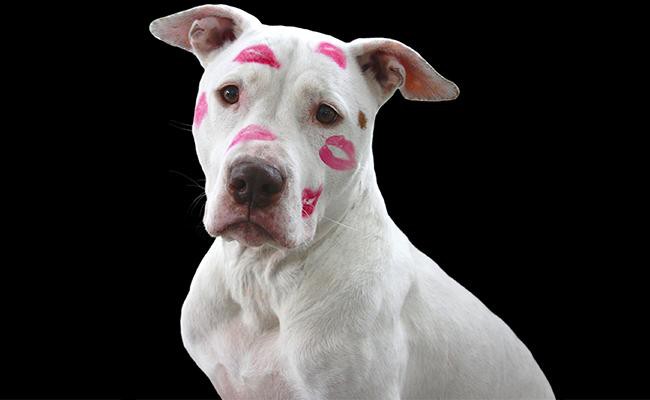 So here’s the crunch – do dogs understand kisses?

This is the trickier part.

In any case, our dogs lick us—sometimes to a greater extent—so it’s safe to guess that they appreciate our kisses, too. Right?

Dogs do not have an instinctive understanding of kisses. It simply isn’t in their genes to be able to automatically recognize what in the world their human buddies are doing with their lips.

Nevertheless, there is no scientific evidence but there are a lot of anecdotal references which suggest that dogs learn to enjoy kisses.

Another thing is, just because dogs enjoy kisses doesn’t automatically mean that they completely understand them.

But think about this… The act of kissing a dog often entails keeping our faces close to theirs. Often we even go so far as to hug them, holding and even squeezing them with our arms around them.

We might enjoy this from the people we like but think about the last time someone gave you a kiss or a hug when you were in a bad mood.

Though dogs are highly perceptive of human emotions, placing the face close to the dogs is a really an assertive behavior in dog language.

Your dog would learn to connect kisses with affection, or he may just learn to tolerate your individual frolics. In some cases, dogs may feel threatened as they rarely approach each other head-on.

Instead, two dogs greeting each other will approach from the side.

Trying to make themselves appear larger, aggressive dogs may hover over more acquiescent dogs.  In this context, it is easy to see how a dog could conceive a man leaning in for a kiss with a threat.

So, it is better to hedge your bets and avoid kissing unfamiliar dogs

On the other hand, when your dog had learned to associate kisses with affection, he would possibly start to connect kisses with the closeness and attention of their human companion.

Physical proximity is a sign of affection and trust in dogs which makes them happy.

Along these lines, enjoying kisses is not necessarily something that is innate rather than it is a learned behavior the developed due to a dog’s situation. 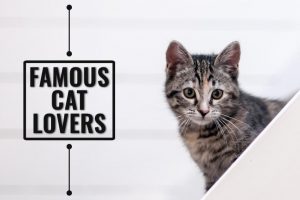 5 Famous Cat Lovers Most Of You Have Overlooked

Cat Lovers Have Loved Their Cats Largely. Some Even Worshipped Cats. Check Out The Five Famous Cat Lovers Most Of You Have Overlooked.
Read More
Back to Index

Is It Okay To Kiss Your Dog?

Keep in mind that, just like with people, some dogs just will not enjoy kissing. If your dog shows aggression or apprehension, it is best to sacrifice the interaction.

Just like people, every dog is unique. You give your pooch a smooch next time; try to observe your dog’s behavior.

Few dogs express love and affection in a different way. It is up to you to observe them and do your own research into dog behavior to interpret their messages. 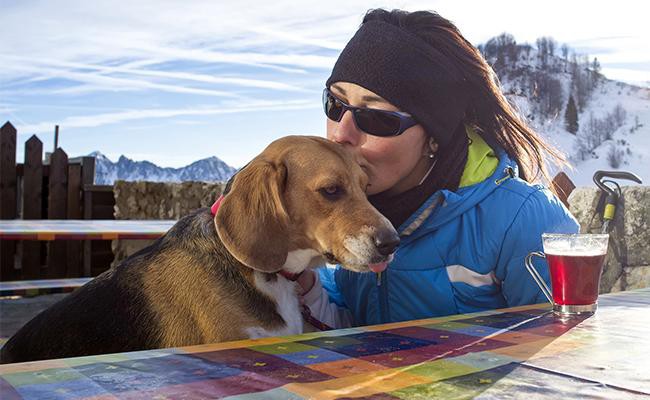 Most importantly, educate your kids and any other kids you know how safely and respectfully interact with dogs.

Do you kiss your pup? Do they seem to enjoy it?  Please let us know your thoughts in the comment section!

For more information about dog behavior, talk to your veterinarian or consult with our behavioral specialist.