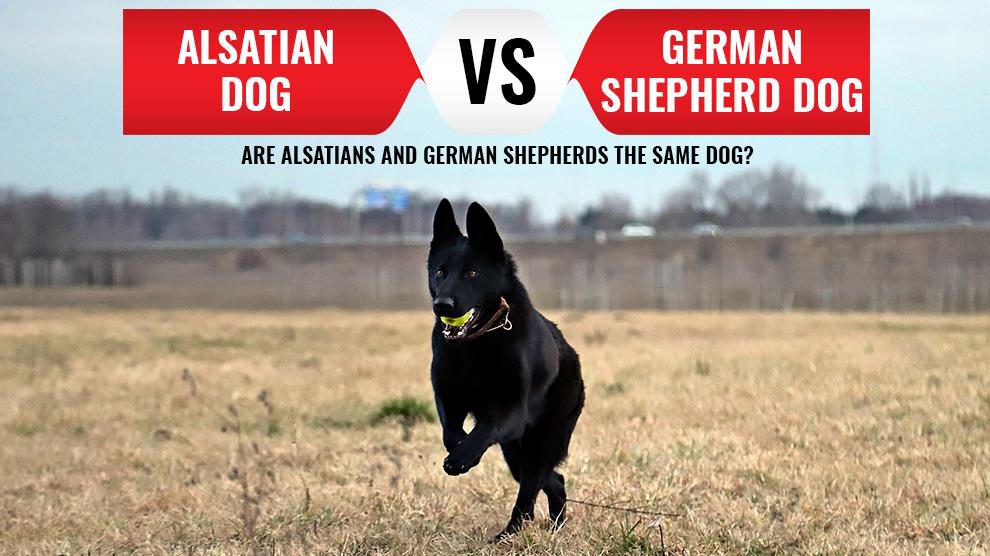 A very popular question among dog masters around the world – Is Alsatian and German Shepherd Dog one and the same?

So, what’s the truth?

The fact is these two names refer to the same dog breed. No matter what name you choose, they are one of the finest working dog breeds in the world for a long time.

German Shepherds perform well in different tasks, whether it is therapy, obedience, guiding the blind, search and rescue, police and military work.

The Deutsche Schaferhund comes from the family of livestock guarding dogs. They varied in type ranging from district to district.

In the late 1800s, a German officer, Captain Max von Stephanitz, ideally made it his life mission to enhance the German herder.

Many like-minded dog lovers and Stephanitz crossed different strains from the central and northern districts of Germany.

Von Stephanitz founded the first club devoted only for this breed. He spends close to 30 years refining the German Shepherd Dog.

At present, the GSD’s performance is thoroughly enjoyed by dog lover around the world.

The breed’s stealth, speed, agility, and intelligence, and the attitude of firm authority.

They became very popular in America in the 1900s. Thanks to the movie dog heroes star “Strongheart and Rin-Tin-Tin.”

The German Shepherd Dog and Dachshund faced anti-German backlash during the world wars. During the wartime, the breed was called “Alsatian”, a name preferred by British lovers still prefer.

With the emergence of herding and livestock management as a dog occupation, Stephanitz intelligently promoted this as an ideal police dog.

The German Shepherd Dog is the best dog for military and police units at present.

In Great Britain, the name was actively changed to Alsatian, reminding the Alsace-Lorraine border region.