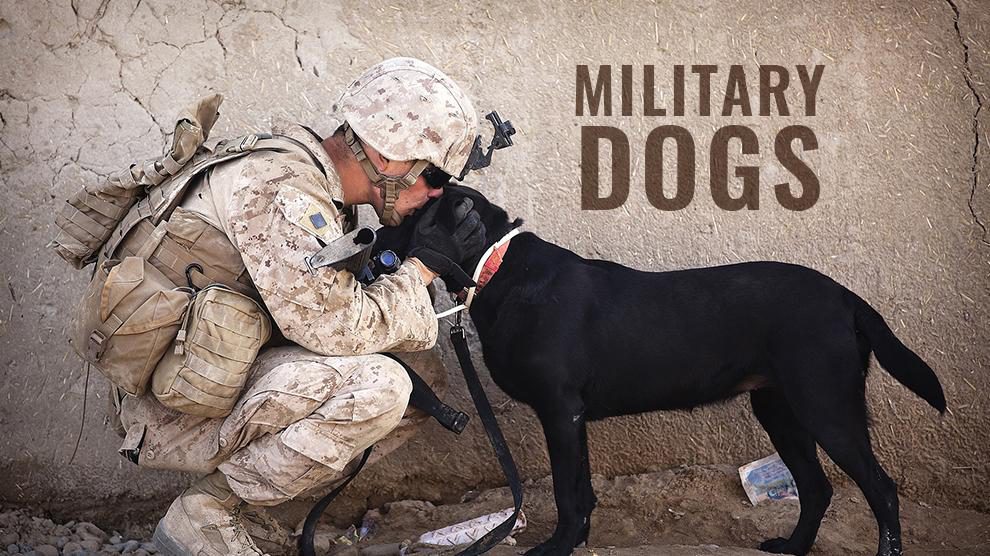 Everything in war is very simple. But the simplest thing always stays complicated and heartbreaking.  When the men and women return home from the battlefield, war heroes are often remembered for their patriotism and valor.

However, the most heartbreaking thing is there are few other military heroes who often go unsung: the war dogs.

As the old saying goes, Man’s best friend is a dog and that applies to warfare as well…they are also warriors’ best friend.

So, what do military dogs do? Military working dogs do a variety of tasks in all branches of the military today.

During the darkest days of the Second World War, In May 1941, a few adverts were published in the columns of various newspapers in Britain, on the radio up and down the country.

The bulletins proclaimed, “To British Dog Owners, Your country needs dogs for defense. Alsations, Collies and other large breeds. Here is your great chance to actively help to win the war – will you loan one?”

Was an army of dogs actually joined the fight for national survival? Yes. They did.

Within two weeks of the announcement, there had been an overwhelming 7,000 offers of civilian dogs – One woman sent her dog with a message: “I lost my husband in the war, my sons have gone, take my dog to help bring this mean world to an early end.”

Consequently, the most unusual regiment of warfare started to form. They fought from the deserts of North Africa to the final defeat of Hitler’s Third Reich.

These dogs parachuted from aircraft and jumped out of storm boats under fire and also hunted mines and guarded prisoners.

They were courageous and suffered severe casualties. A handful of them returned home to loving families. Many did not. Yet it was a legend that we never knew.

The moment you think of “military dogs”…no surprises here …you imagine a German Shepherd Dog or Labrador on sentry duty beside a barbed wire fence in the night and subduing quickly with non-lethal force when confronted by the enemy.

That’s not entirely inaccurate, though, it’s just one of the many roles assigned to today’s enlisted military dog breeds.

While a Scout or patrol dog is trained to work silently in detecting and alerting their quartermaster to enemy presence snipers and ambushes.

Whereas sentry dogs are taught to walk alongside their guard or handler and warn by growling or barking at intruders and when the attack from cover or the rear was most likely.

Mine Dogs or M-Dogs are trained to detect booby traps, metallic and non-metallic land-mines, and trip wires while Messenger dog carries information between two handlers.

Tunnel dogs have been used to explore the confines of underground spaces to seek out enemy forces and alert handlers whereas Casualty dogs are your war-time version of a search and rescue pooch that can quickly locate injured soldiers in obscure places.

So, who are the top dogs when it comes to military duty past and present? Read further to find out the military dog facts and many interesting military dog stories. 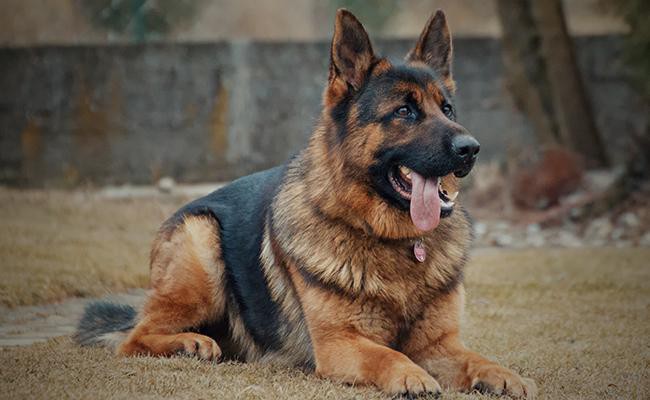 This handsome hunk is the top pick because he’s not only agile, athletic and easy-to-train military duty, but he isn’t overly belligerent and his loyal, dedicated personality makes him a dependable wing-man in a war-zone. All the German Shepherd dogs(Black, White, or Brown) have a prominent and dedicated guarding trait.

A multipurpose, muscular and motivated working dog, the Shepherd has done just about every job a dog can do, from leading the soldiers, search and rescue, detecting illicit drugs to bringing down fleeing criminals.

Over the years, these amazing canines have proven themselves time and time again as “soldiers’ best friend.”

We have heard a lot of poignant and attention-grabbing stories of German shepherd dogs sacrificing themselves to save people’s lives: their handlers and even strangers in the wars and in daily life.

Whom do you want to thank? Is it Calvary captain Max von Stephanitz, for developing a breed of dog that turned out to be simply too good? Or is it Rin Tin Tin, for inspiring so much GSD passion? Or is it actually just their nature? He is one dog but many dogs in one, a real monster but a controlled beast, a pet, working dog, man’s best friend as well as a war hero. All in one. 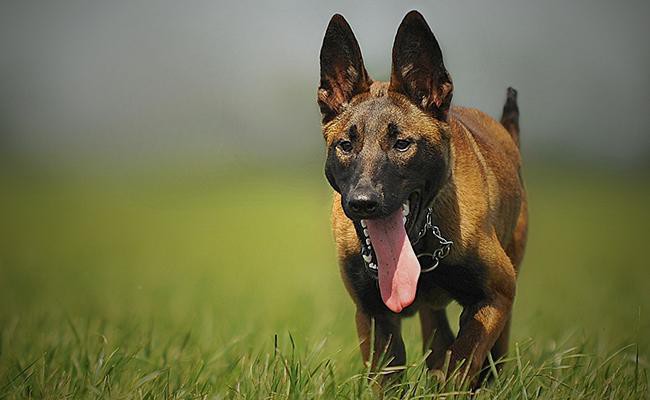 But, as of now, only one name was released, Cairo the dog, a Belgian Malinois and he’s even met the president.

Trainable and intelligent personality as the real deal but in a more compact form which makes him better for missions where he’s being repelled or parachuted into a situation with his handler.

According to the Malinois Club, they possess the characteristics of the Belgian Sheepdog and the Belgian Tervuren.  The breed has been used in wars for a while and in World War I, they were used as “Ambulance” or Red Cross Dogs.

These dogs were trained to find live casualties on the battleground, and then carry out a “re-find” for their quartermaster/trainer.

Fast forward to Cairo who not only helped to secure and maintain the perimeter of Bin Laden’s compound, but his job was also to track anyone who tried to get away and was eventually instrumental in his capture.  And, you see a trend here.

After confirmation of bin Laden’s death,  President Obama traveled to Fort Campbell, Kentucky to meet the Naval Special Warfare Development Group and the seals who had returned home from Afghanistan.

When the ceremony to honor SEAL Team 6 was over, President Obama wanted to meet Cairo. Muzzled at the behest of the Secret Service, the dog was in the next room. The squadron commander nodded and said to the president,

“Mr. President, If you want to meet the dog…I advise you to bring treats.” 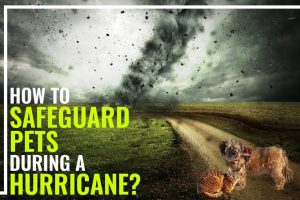 Hurricane Safety Tips For Pets – How To Safeguard Pets During A Hurricane?

Like Floods And Tornados, Hurricanes Can Be fearful And Miserable.Check Out The Useful Hurricane Safety Tips For Pets To Safeguard Them During A Hurricane.
Read More
Back to Index 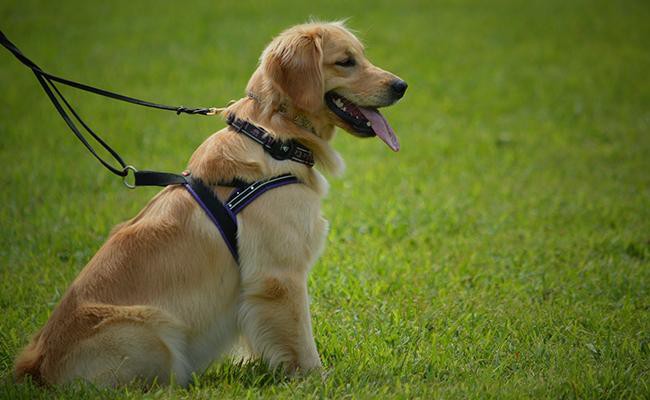 Five veterans were honored for extraordinary valor and service to their country with Medal of Courage awards on Capitol Hill on May 22, 2018.

They didn’t give any speeches, not just because they were humble — the vets were a retired military working dogs out of which four were labs and one is a German shepherd.

Actually, they were awarded not for finding weapons, ammunition, or bombs; but for saving lives. It is said that each of these dogs has saved approximately 250 lives.

However, many nameless Labs gave credited to their calling when they were able to detect home-made bombs and other explosive devices.

Labradors are officially called “military working dogs” and they are the military’s top pick for their Combat Tracker Teams.

During the Vietnam War, there were almost 4,000 war dogs which served the US military forces. Most of them are labs and German shepherds.

You need an ultra-obedient dog with an effective nose on the job and Labs with an extraordinary olfactory sense makes them the ideal choice for tracking down downed, wounded and missing allied servicemen.

To find out enemy patrols, for sniffing out explosives or in search and rescue missions where timing is critical.

No surprise that this agile, athletic pooch has been a hands-down favorite of the US Marines dating back to WWII.

Often dubbed the Devil Dog of the Marines, his intelligence, vigilance, and trainability makes him a perfect choice for the role of a Scout or Patrol dog.

Named after Friedrich Louis Dobermann, a late 19th-century German tax collector who was fraught by thieves and possibly some offending tax-payers developed a well-rounded dog breed for a dual purpose of cover and companionship.

Those traits were highly valued by the military and several Dobermans have worked in WWII as messengers and sentries for the U.S Marine Corps in the Pacific.

Perched prominently in a quiet corner of Sumay in Naval Base Guam, there is a large black granite memorial statue of a Doberman pinscher – Kurt. 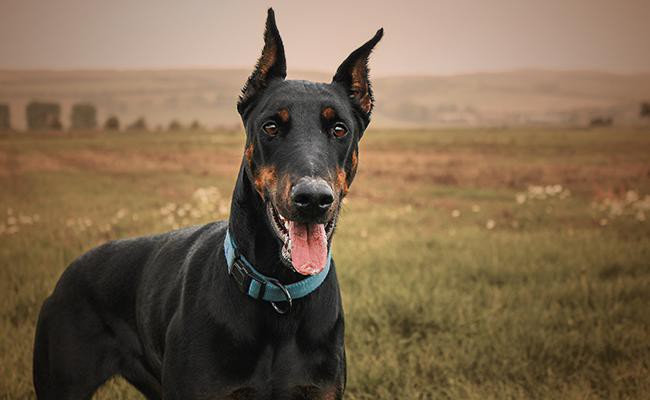 He was the first canine casualty when he was mortally wounded by a Japanese grenade in Guam and he saved more than hundreds of lives during Guam liberation from Japan in 1944.

Kurt, together with 24 other Dobermans whose names are emblazoned in gold letters on the monument, died fighting in Guam liberation.

These dogs served as sentries, scouts, messengers, and even rescued injured Marines on the battleground not only on Guam but on several battlefields in World War II. 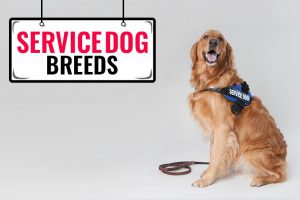 A Service Dog Actually Refers To A Canine Trained To Guide Anyone With A Disability. Check Out The Service Dog Breeds That Offer Support And Assistance.
Read More
Back to Index 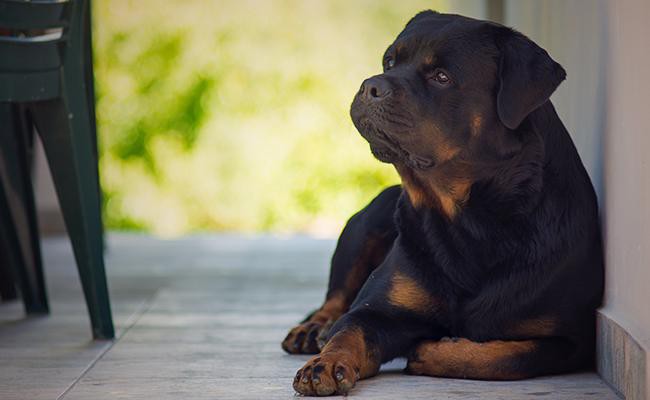 This beautiful big boy is bold, brave, imposing, self-assured and best of all loyal – which made him the ideal candidate to be a Messenger dog back during WWI and WWII.

Soldiers relied on this dog’s strong loyalty to his handlers to make his way through dangerous, scary terrain to deliver information.

Ancient records indicate that these sturdy dogs are descendants of drover herding dogs in Ancient Rome. The mastiff-like dogs were used to pull carts, herd animals, guard homes and in the Roman army.

Eventually, in about 73 AD, when the Roman army invaded in Germania, they established a town at the Wurtemberg area filled with villas with red tiled roofs.

The quaint settlement was known as das Rote Wil—rot for the red tiles, and will from the Roman word for “villa.” Later, the town became known as Rottweil.

The Roman dogs were used by traveling butchers (to safeguard their money pouches tied around their necks) cart pulling, herding livestock and protecting homes.

They were eventually interbred with other local dogs to produce the modern-day Rottweiler.

There are also several mixes used in military service.

Let’s not disregard the service of mixed breeds as well, for the most popular war dog was a mixed breed (German Shepherd-Siberian Husky– Collie) named Chips which was used in Second World War, assigned to the 3d Military Police Platoon.

During the Sicily landings, the mongrel dog Chips and his handler, Pvt. John Rowell was captured in the beach by an Italian machine-gun crew.

Chips broke free from Rowell on the beach and ran toward machine gun fire, attacked a hidden gun nest, biting German gunners and pulling a smoking machine gun from its base.

The four crewmen had to leave the pillbox and surrender to American troops as Chips grabbed one of the Germans by the throat viciously and dragged him from the pillbox.

On the same day, Chips was credited with helping take 10 Italians prisoners. He eventually served in some eight campaigns across Europe.

He was awarded the Silver Star, a Distinguished Service Cross, a Purple Heart during the war. Recently he got ‘animal Victoria Cross’ posthumously -Britain’s highest honor for animal bravery.