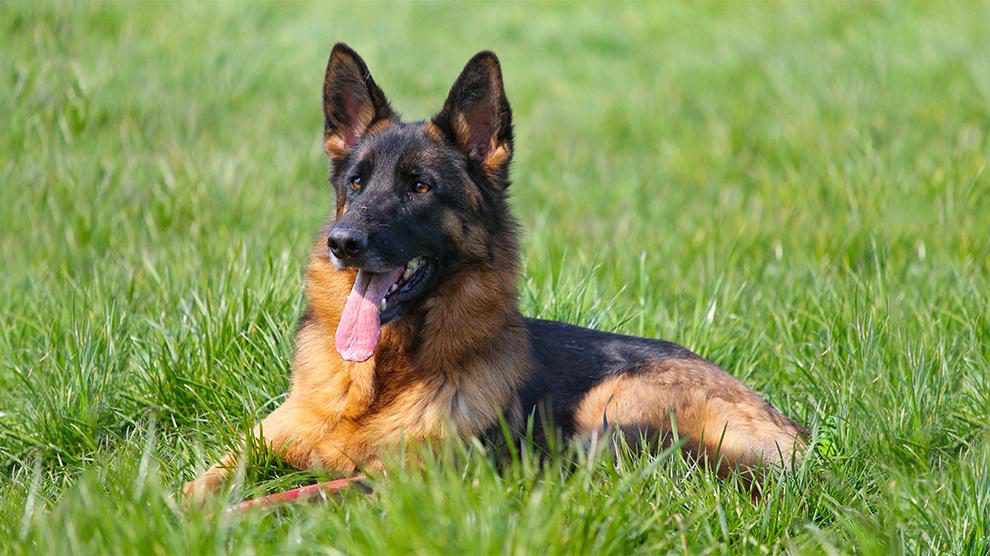 A highly alert dog, German Shepherd is the most popular breed in America and a highly ranked dog in AKC popularity. It is known to be the 3rd most intelligent dog as per the latest case study. This unique breed is known for its highest alert and dominant nature.

They might seem scary for their brisk gesture and loud barking, but they are genuinely loving and a playful dog breed.

Some people misunderstand them to be dominant in nature and this could possibly be due to their agile nature and the muscular body built up, but the fact is that they are work-purpose dogs and this requires them to exhibit certain strong characteristics.

Loyalty, confidence, intelligence and courageousness are few other characteristics that the German Shepherd exhibits. This is a one-of-a-kind breed that easily learns commands and tricks within a short period of time.

Apart from being a family dog, they are also known to have been used as watchdogs or herding dogs, rescue & military dogs and also as detector dogs. If you are willing to take him on long walks each day and spend time playing, then you very much deserve to bring home a German Shepherd.

But if you are looking for a cuddly pet to give you company while watching TV the whole day, then GSD is just not your type. 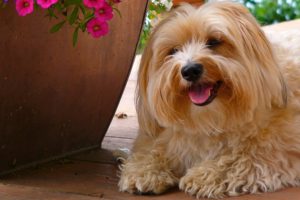 The Cockapoo Is A Mix Of Poodle And Cocker Spaniel. Check Out The Sizes, Temperament, Life Span, Health Issues, Price & All Facts On Cockapoo Puppies.
Read More
Back to Index 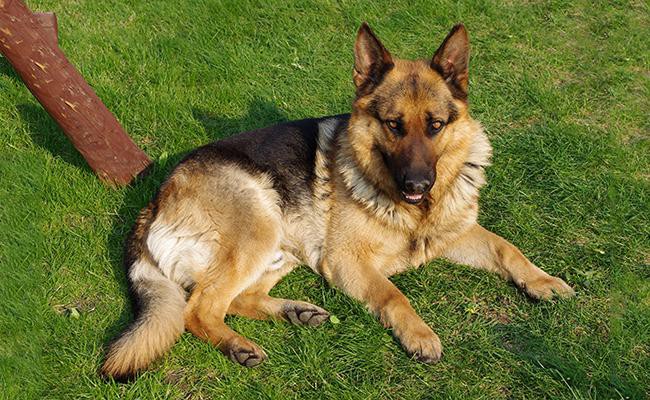 Size – German Shepherds usually grow up to 60-65 cm; this differs based on gender.

Weight – An adult dog could weigh anywhere between 30kg and 40 Kg.

So you may have a picture now, how big your pet is capable to grow, provided you feed him well. The husky mix breed Corgi Husky Mix resembles the brawny German Shepherd and sometimes may be overlooked.

Wait! You have to know about the acceptable and unacceptable coat colors of this breed by the major Kennel clubs.

Like any other dog breed, the coat of German shepherd varies with red, black, gray, blue or a combination of red and black, etc. But, he has some rare colors as well.

But, not all the coat colors are acceptable by the clubs. A few exceptions persist as well. So, first take a quick look at the variation in the coat color of this breed.

In general, German shepherd comes in red, black or sable color. But, sometimes this breed comes in a mix of red or black with tan.

Coat colors such as liver, white, light blue, gray and panda pattern are considered as the rare colors of the German shepherd.

Now, have a quick glance at which colors are accepted and which are not by the Kennel clubs.

The major kennel Clubs, like the AKC, accepts almost all the common coat colors. The clubs also accept all the combination of sable colors such as light, dark, bi-color and black sable as well.

Rare colors such as gray and blue are usually unacceptable by the clubs. The clubs don’t accept:

Also, the American Kennel Club does not accept blue, liver or pale colors of this breed and these colors are considered faults.

So, know the acceptable colors and buy the beautiful breed!

Now, take a look at the popular mix breeds of German shepherd and choose your favorite. 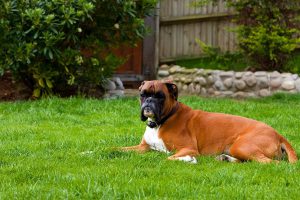 Boxer Puppies Are Muscular And Strong Dog Breeds And Are Extremely Intelligent & Adorable. Check On The Size, Temperament, Training, Price And More.
Read More
Back to Index

A healthy German Shepherd has an average lifespan of 9-13 years. There have been records of GSDs living more than 15 years, so it is hard to guarantee a certain limit for its lifespan.

Visit a vet who regularly checks your dog, and inquire him regarding its health and life expectancy. Take the steps he suggests to protect your dog from diseases; helping it stay healthy is the first step you can take towards prolonging its lifespan.

Train him well and you will be proud to own him. Temperament of this breed largely depends on the initial training he receives. They are highly intelligent, loyal and fearless; if you do not train them to socialize with others, they can sometimes be downright hostile towards people.

The ones that are bred mainly for work purposes are mostly business-like with a hard temperament; they can be trained to begin being gentle gradually. This shouldn’t scare you out and prevent you from buying one because patient teaching can help get the dog to exhibit a stable temper.

Here are a few things to remember regarding the temperament of the German Shepherd; 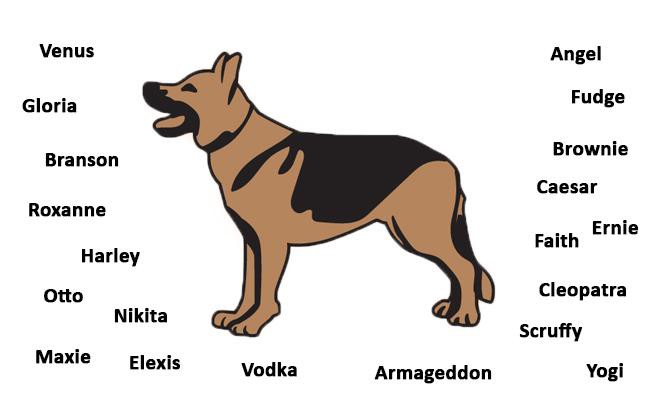 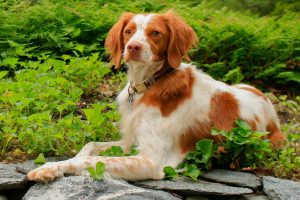 There have been multiple ideas on the ideal food requirement of a dog but you alone would be able to decide how much food is “enough” for your pet. Ensure that the food brand you select contains 22% protein and 5%-8% fat.

The meal intervals for your German Shepherd could be broken into 3-4 times a day based on your pet’s food intake. When it is still a pup, you must take extra care of its feeding habits; give your pet more food since this is the time when it gains muscles. 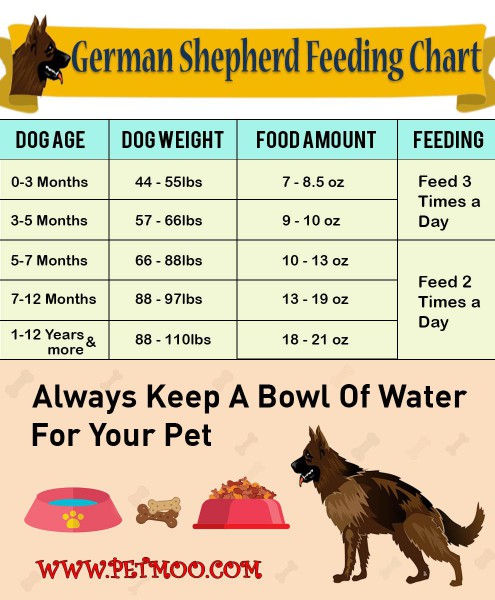 How To Train A German Shepherd?

If you have a PHD in training dogs, then you would know that teaching a German Shepherd is extremely easy. This dog breed is very intelligent and requires just a few sessions of training each day to learn tricks and commands.

Start training your pet when it is 8 months old in order to get him to learn manners and basics real quick. Patience is the key to effective training, so stay consistent in your training efforts.

Practice “treat-training” by awarding him with a lot of appreciation and food treats to keep him motivated. He might consider your sudden praises quite weird in the beginning but he will gradually understand and learn accordingly in order to win treats.

Top 5 Don’t Do’s to consider while training your German Shepherd:

Since the past few years, hereditary health issues have become common in dogs because of indiscriminate breeding. Buying your pet from a recognized breeder is the only way you can avoid bringing home a dog with a truck-load of genetic diseases.

These are the common problems that the German Shepherd suffers from; 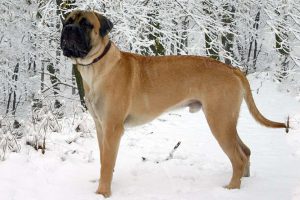 This Fearless Family Guardian Is Believed To Be An Origin Of Britain. Find Out The Size, Lifespan, Temperament, Price, Health Issues Of Bull Mastiff.
Read More
Back to Index

Trained dogs may cost you higher but never fall prey to false claims. Ensure the reliability of the breeder concerned prior to making a purchase from him.

Bringing home a dog is always exciting and requires a lot of thoughtful decision-making. Buy a pup only if you want to and not because your neighbor has got one.

As far as German Shepherds are concerned, they require a lot of exercising and training; hence you must buy a GSD only if you are willing to commit towards regular training and attention.

German Shepherd is a very common dog breed and is widely known for its courageous and loyal nature; it has become the second most popular household dog in the US.

With so many GSDs in demand, it has become mandatory to check if the breeder sells a healthy pup. Indiscriminate breeding has led to the onset of numerous genetic diseases in the breed; hence buy your pet from an authentic German Shepherd breeder.

GSDs are neither shy nor introvert in nature; so if a breeder claims to own a pup with very silent and shy nature, then you better look for another breeder. Always get connected to a breeder who is ready enough to share the medical details of a pup and is willing to sign up guarantee papers before selling off his puppy.