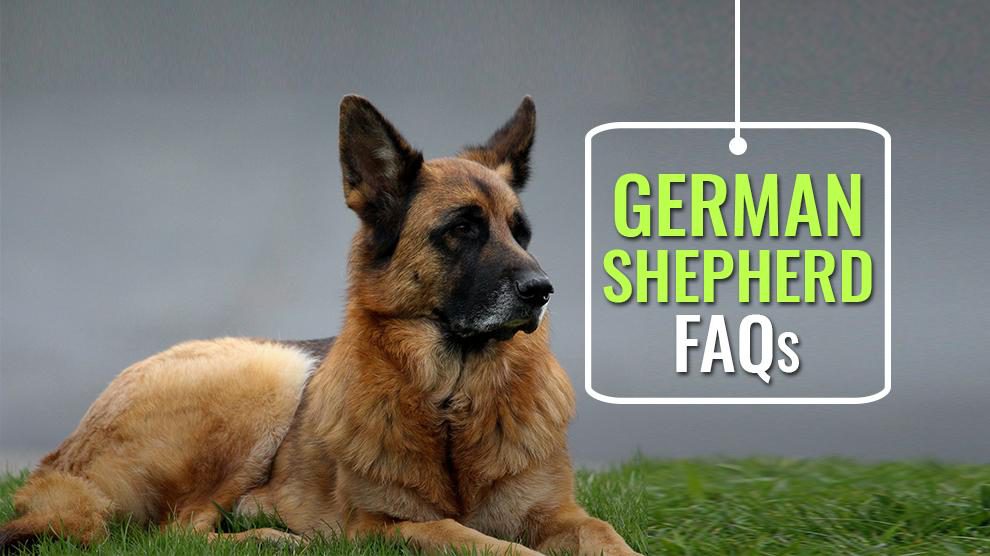 Are German Shepherds A Very Violent Or Aggressive Dog Breed?

The German Shepherds are patient dogs but sometimes maybe violent and repulsive but with early socialization and proper training, the aggression can be kept under check.

They are regarded as one of the finest guard dog breeds the world has seen so far.

Do Gsds Or German Shepherds Bite Or Attack Their Own Masters?

German Shepherds are the most loved pet dogs in the United States of America according to experts.

When a guard dog like a German Shepherd attacks someone, biological, genetic, and other factors should be taken into account.

As per reports, U.S government currently employs around 2500 German Shepherds for various tasks ranging from border patrolling and for sniffing contrabands.

With good selective breeding programs, this crazy temperamental trait has definitely been eliminated to a large extent from a purebred German Shepherd dog.

If you are searching for a pet dog that assures both a streak of intelligence and friendliness, then the German Shepherds are your ideal choice.

These lovely and loyal companions not only make great pets but also serve as rescue dogs, police dogs, and herding dogs.

They are useful and turn very obedient with time and training. German Shepherds are very friendly and will greet strangers with caution.

This cautious trait needs to be praised and not looked down upon.

These dogs appear very loyal and highly smart and move well with other pets if proper training is provided from an early age.

As long as people are keen to allocate energy and time, this dog is the right solution for all their insecurities.

German Shepherds have a thick double coat. These dogs shed throughout the year, and they shed extensively twice a year.

This process of shedding the undercoat is often called “blowing coat.”

It normally starts on the back legs and proceeds forward and takes a fortnight for the process to fully end.

Are German Shepherds Kind With Kids?

The answer is both a no and yes. German Shepherds are trustworthy and patient, and they are big enough to dismantle small kids.

A German Shepherd is best suited as a companion for grownups and adults.

This reiterates the fact that a trained adult German Shepherd is a better choice.

According to some experts, pit bulls are more violent than other dog breeds toward their masters and strangers.

Many pit bull masters claim these dogs are kind animals, which are trained by their respective owners to stay aggressive or violent.

One significant study confirmed that pit bulls attacked humans more menacingly than any other dog breed.

Golden Retrievers and German Shepherds have garnered the same aggression scores from the general public in a study conducted by researchers.

Are German Shepherds Violent Towards Other Pets Or Dogs?

It mostly depends on how German Shepherds are socialized and trained. In public places, a well trained German Shepherd will remain loving, calm, and sweet.

These dogs generally crave for attention and they will avoid other pets or offer a simple nudge with their muzzle.

For best results, hire a professional trainer or take your German Shepherd puppy to your local dog training class.

No. Pitbulls are projected as dangerous dogs in the world, not because of the dog’s behavior but largely due to their owner’s insufficient and improper socialization and training.

The basic solution lies in learning – “How to train dog owners to behave responsibly with their dogs?”

How Do You Prevent Your German Shepherd From Nipping And Biting?

If none of these steps works, do not waste time and immediately contact your local certified German Shepherd dog trainer.

Why Police Department Prefer German Shepherds Over Other Dog Breeds As A Police Dog?

Police dogs that are selected are mostly male and stay unneutered to maintain their violent behavior. There are females used as a part of locating drugs, bombs, tracking, and rescue operation.

Police dogs must carry out several hand gestures and verbal clues and German Shepherds perform exceedingly well in these situations.

The most popular police dogs are Dutch Shepherd, Bloodhound, Malinois, and German Shepherd.

A well-trained German Shepherd is as agile and reliable as a Malinois.

German Shepherds are intelligent dogs who will perform quite well with curious owners ready to give them regular training, exercise, and attention.

There are some breeds where the dogs are not considered brainy but in the case of a German Shepherd, that’s a wrong understanding.

How Do You Potty Train A German Shepherd Dog?

How to know whether my GSD is potty trained or not?

How Often Should You Bathe Your German Shepherd Puppy?

A bath every thirty days is more than sufficient. Flea season may demand more baths as a way to restrict the growth of pests.

Please avoid bathing once a week because overbathing can remove the natural oils present on your dog’s coat.

Kindly contact your vet if you are unsure about something.

No, both males and females German Shepherd dogs are typically loyal and caring towards their family members.

Some dog owners claim that male GSDs are much easier and friendly to train. Female GSDs remain more loyal and protective of its puppies and owners according to dog experts.

The final decision to get a male or a female German Shepherd depends entirely on the owner’s personal preference.