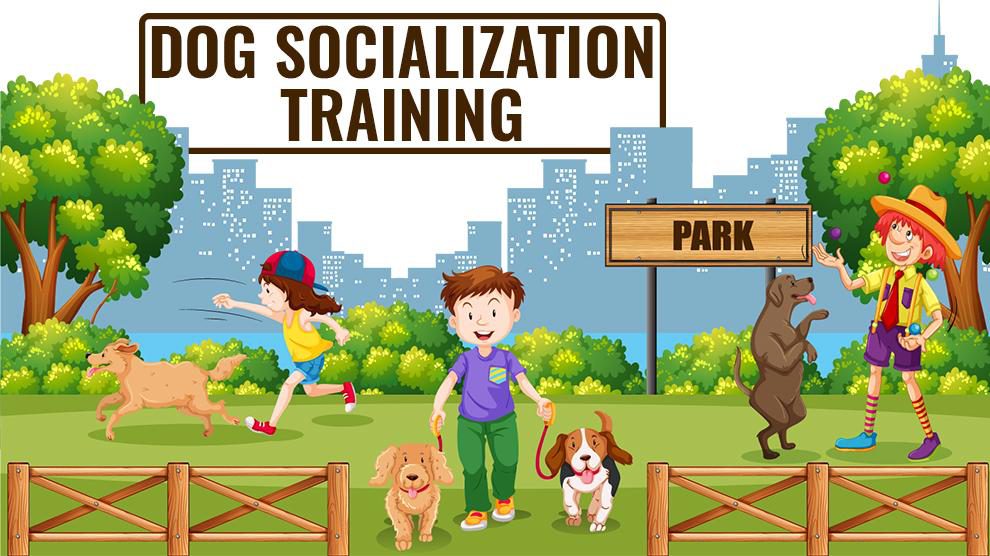 In the past, we hardly ever came across the word “socialization” in dog circles. Nowadays, it’s the new training catchphrase. You may hear it at least a dozen times by the time your dog is a dozen weeks old.

The main objective is to set up your puppy to what the ever-changing world has to offer. It helps him adapt and survive new circumstances and environments.

Puppies get a lot of chances to interact positively with other dogs and people. Socialization turns him into a well-mannered dog when he grows up.

Inadequately socialized dogs are risks to their families. It can also be difficult for veterinarians or kennels to watch and suitably care for non-socialized pups.

Well, Cabin fever may be a folk term, not an official medical diagnosis. However, humans are not the only ones who experience cabin fever. Our pups do too.

Consider it as networking for dogs! Your dog needs to get out there, experience new places and meet new people.

Why Do The Puppies Need Socialization Training? 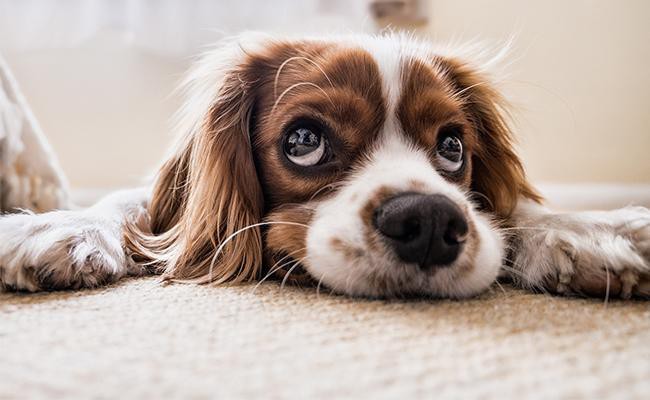 Humans are social species and we live in a community-based society. Even dogs love to socialize!

How many times in the last month has your dog been?

If the answer is “zero” or “not so often,” that might explain why your dog is barking, jumping, digging, etc. Their idea of Watching TV is digging holes in your garden. Their version of going to work or school is barking at everything that goes by.

When we decide to go all upfront on socialization, the most significant thing to consider is just like humans, puppies too have developmental stages.

Sometimes in their life, there are certain experiences that are more valuable than others.

The first three weeks of life is defined as their primary period, which includes the neonatal and transition period. In this period of time, puppies will be very tactile.

The neonatal period starts in their first two weeks start where a puppy only has his core reflexes and will respond to touch, smell and warmth.

The transition period will start after the neonatal period. This is when your puppy’s eyes and ears function well; however, their sensory ability isn’t fully functional.

They gradually widen control over their body functions.  Behavioural Studies have revealed that proper management during this stage leads to well-mannered puppies’ later in life and they are more flexible to hectic situations.

The mama dog starts to hold back care from her puppies towards the end of the Primary Period. This encourages them to focus more on interactions with their littermates.

The socialization period can be roughly divided into different halves:

This is known as an intense period of social exploration and learning. It will last until the stage of social and sexual maturity. This depends on the type of breeds but is usually considered to be around 6 months of age.

During this phase, the new experiences have a crucial impact on later life behavior. The dogs will explore new environments and normal marking behaviors seem to appear.

You may be excused for wondering whether no experience is better than harmful experience. But this is no good as many studies have revealed that lack of socialization experiences actually leads to less resilient dogs.

Appropriate socialization is introducing your pooch to what the world has to offer, in a safe and controlled way i.e. without making him scared or stressed during these experiences.

The goal is to allow your puppy to experience and learn in those all of the real-world situations. Eventually, he will grow as a mature dog.

The key is to strike the right chord throughout these various phases and controlling the situation.

How And When To Socialize A Puppy? 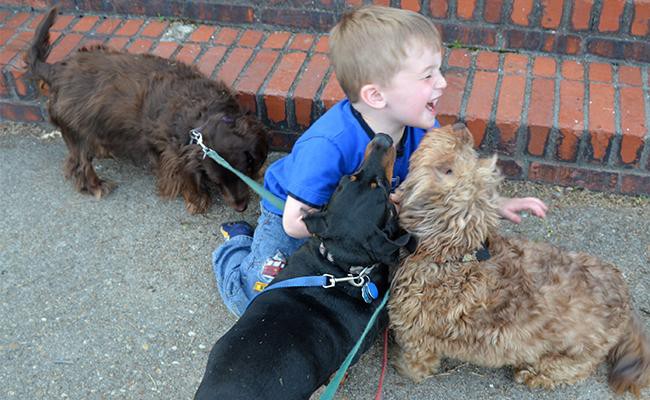 A half-century ago, many people believed that dogs will be socialized on their own.

That’s true for dogs that wander freely in their neighborhoods, interact with canine pals all day. They became naturally socialized to their world and things they encounter in their daily travels.

But, for the dogs that aren’t around people or other dogs, it’s significant to go out of your way to ensure your dog has these experiences at a young age.

In short, raising a social dog means training them to get acclimatized to the world, both inside and outside of your home.

The behavioral “sweet spot” between the ages of 4 and 12 weeks is a critical window for socialization for puppies.

It’s never too late to make improvements, but you certainly not get those first few months back.

After the age of 16 weeks that window starts to close rather fast. A super-socialized pup during this vital developmental period will most likely consider the world as a safe and happy hunting ground.

If he’s poorly-socialized, he’s possibly neophobic, which means scared of new things. This is the common condition in dogs rescued from hoarder situations and puppy mills.

This means you’ll expose them to many different experiences, sounds, people, places, animals and anything else they’re bound to encounter at some point in their lives.

Your goal is to introduce your puppy to as many different people, animals, scenarios, etc.

You can create your own ideas and scenarios, both outside and inside the house. There are no hard and fast rules. just always think ahead to the possible outcomes and what options you have. 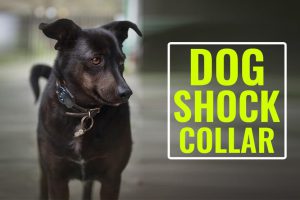 Dog Shock Collar – 5 Must Know Facts About The Zap Collar

Dog Shock Collar Refers To A Set Of Collars That Deliver Electrical Shocks. Find Out The Important Things You Need To Know Before Buying The E-Collar.
Read More
Back to Index 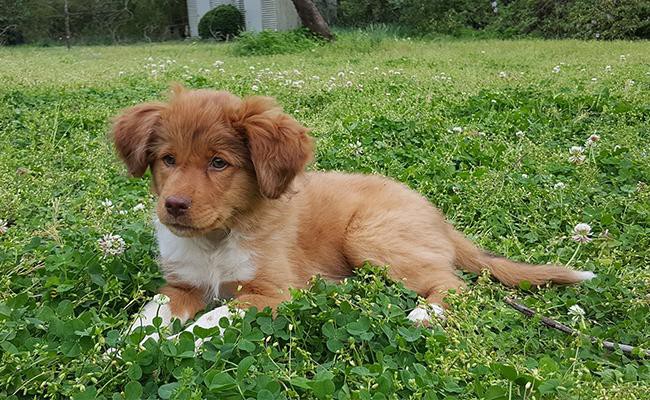 During Weeks 4-12 Your Dog Should Have Experienced

Your Dog Should Have Experienced- From Week 12

Keep in mind that they don’t have to experience all of these things at once; even it would be the worst nightmare for humans, never mind a new puppy that is learning!

Why Is It Important To Socialize Your Dog?

Here are the top five reasons why it is important to socialize your dog – especially from a young age.

Our beloved dogs are most vulnerable as puppies, mainly during their first three-four months of life. The earlier a dog experiences the positive social encounters, the better. 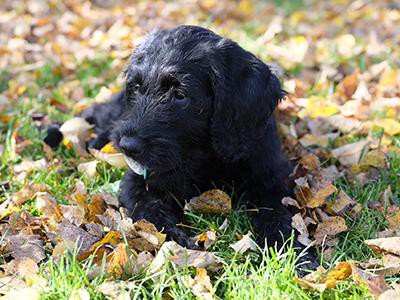 Socialization at puppyhood includes careful selection of learning opportunities for your pet. This has the long-lasting effect on a puppy and it can shape him into who he will be as an adult dog.

At its most basic level, dogs that haven’t properly socialized are often anxious about new situations and circumstances. The entire world is new but it is also exciting for a puppy.

For a grown-up dog, new experiences can be upsetting. These new experiences and interactions can be anything from crinkling a water bottle, a stranger walks past the house, starting off a lawnmower, etc. 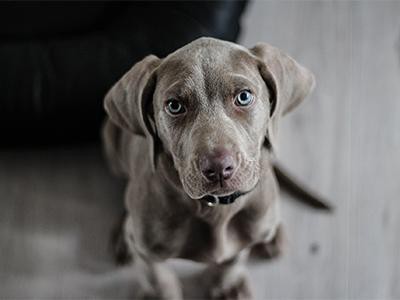 Going to the vet can be a little frightening for a dog as no dog enjoys a trip to the veterinarian’s office.  But, dogs that are used to being in new places won’t be as nervous as poorly socialized dogs.

Many dogs love the car rides, while some are scared of car trips as they relate them with visits to the vet.

You will find it much easier to take him on car trips when you get your puppy used to riding in the car from a young age and you may even have an enjoyable travel companion.

Eventually, this will also help make experiences like going to dog-friendly restaurants or having parties much easier and less stressful!

If your dog isn’t properly socialized, that could mean you’re less likely to want to bring them outside to get proper training.

He may be fearful of places or situations where he might bump into other dogs, like the dog parks. 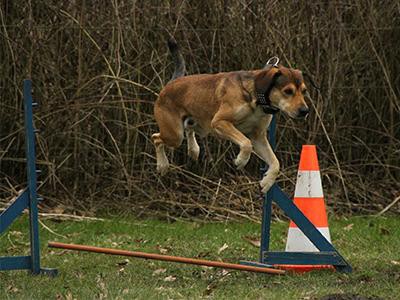 This fear can severely limit their options for exercise. Even if they’re lapdogs who prefer to stay inside, getting them acquainted to the outdoors is crucial.

4. Less stress at the groomer

Regular grooming sessions may be necessary for dogs that have a long or curly coat. However, non-socialized dogs become restless around groomers and often repudiate to be touched.

As a part of socialization, take your puppy in for his first grooming visit while he is young will help to make sure that he gets used to things like having his coat brushed, his nails trimmed and taking a bath. 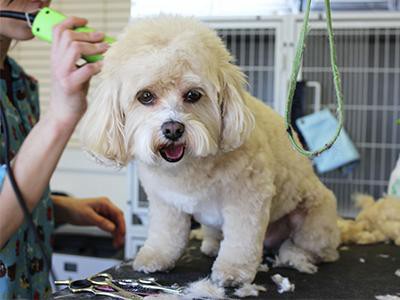 Ask any professional groomer, and they’ll tell you: nervous dogs aren’t fun to groom and they also make things much for unsafe for themselves. 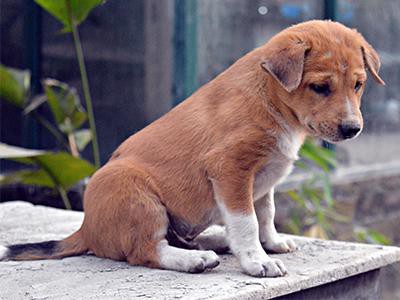 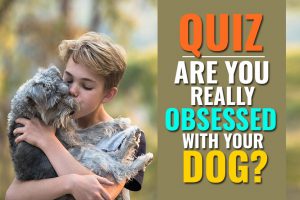