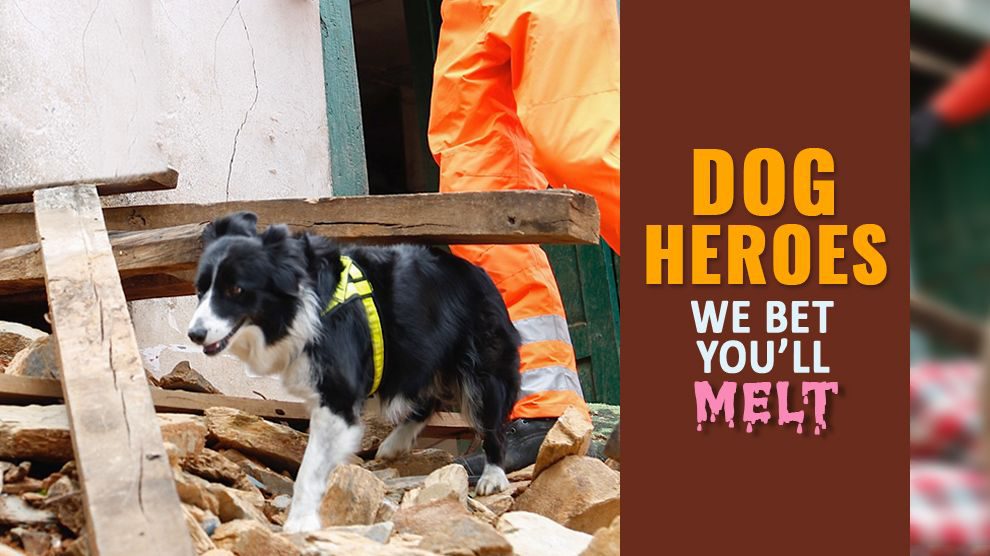 “What’s the issue, Lassie? Did Someone fall?” Those who remember the popular TV series, Lassie, would know that she was always ready to save or protect her family. Dog heroes are not limited only to fiction or literature.

Even in real life, dogs have saved humans from extraordinary conditions; deliver supplies; provide warmth and comfort, and give warnings of danger.

Our pet dogs become emotionally tied to use and become socialized as their pack. We sincerely believe all these dogs are heroes in their own right. 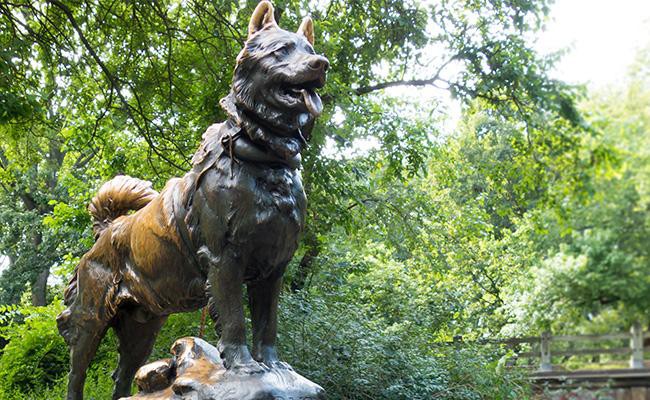 The hero dog with a reputation. Balto, the sled dog was part of the historic life-saving medical supply team to Nome, Alaska.

In 1925, doctors in Nome, Alaska, witnessed symptoms of diphtheria, a deadly infection.  The lifesaving serum was only available in Anchorage, around 500 miles away from Nome.

The sole path was a 650-mile transport route to save the outbreak. Dubbed as the “Great Race of Mercy,”  the only ray of hope was a relay transport of supplies.

How did the magic happen?

The lifesaving serum reached Nenana on 27th January. It was passed from one relay team to another and finally, it reached Kassen and Balto (3-year old Siberian Husky).

Balto, the sled dog that finished the last leg of the relay race became the motif of hope, grit, courage, and teamwork. At the age of 14, Balto passed away in 1933.

The Central Park in New York City holds his bronze statue and the Cleveland Museum of Natural History features an exhibit in his name.

Every year, scores of people participate in the serum-route race (Iditarod Trail) in honor of all the brave dogs that saved many lives.

People still name their puppies Balto, one of the bravest dogs the world has ever seen.

Laika - From Nothing To Super Hero

Mankind remembers Yuri Gagarin, the Russian Cosmonaut, as officially the first person to enter space in 1961.

A couple of years before that Laika put on a special one-way trip on Sputnik 2 in 1957, passed away peacefully in orbit almost a week after reaching space.

Laika space mission on Sputnik 2 stunned as well as amused the whole world. Sputnik 1 was just launched a month ago.

An awe-struck world watched with bated breath the launch of Laika into orbit.

Laika, a stray dog, wandering the Russian capital, was picked, trained, and prepared for a test mission. NASA states Laika as a “part-Samoyed terrier”

Immediately after Sputnik 2 reached it’s designated path, the Soviets declared that Laika was not sent to come back alive.

The statement created anger and loss of words to many neutral observers and pet lovers.

If you travel to Moscow, make it a point to click a selfie with the Laika monument installed in 2008 in honor of this space dog. 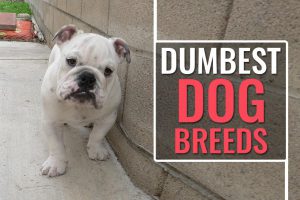 Do “Dumb Dogs” Really Exist? Why Are They Called As “Dumb Dogs”?.How Dumb Dogs Differ From Other Breeds? Check Out The Top 10 Dumbest Dog Breeds.
Read More
Back to Index 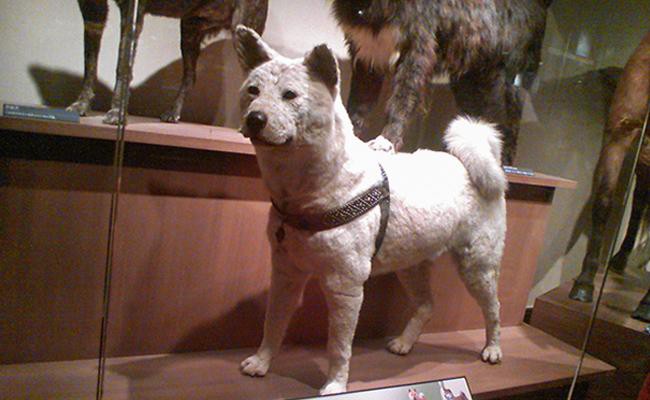 An Akita Inu, Hachiko, is considered as the most loyal and sincere dog in canine history.

Ueno, a Japanese professor, at the University of Tokyo, in Japan, acquired an Akita puppy and named him Hachi or Hachiko. Hachiko and Ueno were inseparable.

As Hachiko started to grow old, he started to visit his owner both morning and afternoon at the railway station. One fine day, Ueno suffered a cerebral hemorrhage and passed away at work.

For the next decade or so, Hachiko kept going and sat there patiently waiting for his master to return. He earned the nickname, “ Chuken-Hachiko.” or “the faithful dog.”

Hachi is now placed in the National Science Museum in Tokyo.  He also has a monument next to his owner in the Aoyama cemetery.

There is also a Hachiko statue outside Shibuya railway station, mostly popular among local and international tourists.

The True Narration As It Happened

On that disastrous day, Michael Hingson arrived as usual for work at WTC. He was accompanied by his Lab guide dog, Roselle.

At 8:45 am, the whole of America came to a halt. Some 18 floors above his office, a hijacked plane landed into WTC’s Tower One.

Once all his staff was safely evacuated, Roselle and Michael started their life’s most precarious descent. It took 78 floors to reach the ground level.

Painstakingly passing through fleeing and chaotic surroundings, debris, and smoke, both reached the lobby.

Tower Two started to collapse and they ran for safety. Roselle safely led Michael to a friend’s place nearby. Before long, Roselle and Michael were international celebrities.

After the WTC attack, Michael, as a mark of gratitude worked for Guide Dogs for the Blind. Roselle was trained in the organization.

Roselle received the “ACE Award for Canine Excellence” in 2002. She passed away in 2011 with both Karen and Michael by her side. 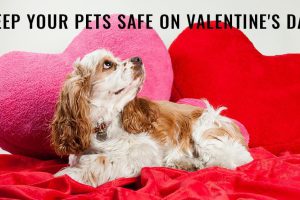 It Is The Time Of The Year Where Love Will Flow In The Air, Non-Stop Seamlessly. Check Out The Simple Tips To Keep Your Pets Safe On Valentine’s Day.
Read More
Back to Index

The popular German Shepherd which received the distinction of being named the “Most Heroic Dog” by the Time magazine, died in 2009 at the age of 16.

James Symington, the handler and Trakr, a German Shepherd dog were the pair who safely located the last known survivor after the 9/11 attacks. The saga rarely ends there.

Trakr received initial training in Czech before moving to Nova Scotia. In the period before the infamous 9/11 attack, he successfully tracked missing persons, contraband, and other usual stuff.

After the news of devastation spread, Trakr and his handler Symington reached the accident spot. With the help of Trakr, he located Guzman who was trapped for more than 26 hours.

After the SAR Operations

Trakr died in 2009 and Symington received five puppies, all cloned from Trakr. For Symington and score of other well-wishers, Trakr still lives in their heart and soul.

It happened in 1991. The heroics of Eve is still fresh in our minds as if it happened yesterday.  Kathie had bought a van that morning.  On her way to her house, the van somehow fishtailed.

Thank goodness, Kathie managed to bring the van to a stop. The then 41-year-old Katie began to smell smoke in her car, a bad sign for a paralytic woman.

Her intuitions proved to be right as smoke emerged out of the car’s engine compartment. Katie tried in vain to assemble her wheelchair and escape. The thickness of smoke prevented her from getting out, overwhelming her.

Eve, her pet Rottweiler was by her side. Eve watching all this mayhem, quickly took the decision of her life. She immediately grabbed Katie by the leg and successfully dragged her out of the car.

The car ultimately burned to ashes in a couple of minutes later. Katie remained unhurt while Eve received treatment for burn injuries. Eve damaged her pads as an outcome of her heroic effort.

The firemen extinguished the fire. Eve received the Stillman Award for her courage and presence of mind. Kathie Vaughan and her family owe their lifelong respect to Eve.

The doctor dog who saved his master from the clutches of disaster.

A Miniature Schnauzer, Danny, saved Bethe Bennett when she fell and broke her femur. In the process, Bethe Bennett lost her consciousness.

Danny, a professional service dog, had previously worked with Bennett’s mother. Danny seemed to understand the gravity of the situation and what he did was remarkable.

First and foremost, Danny continuously licked Bennett until she woke up. He then grabbed the phone and pushed it towards Bennett.

Bethe realized that her main door was locked. She instructed Danny to bring her paper.  One of the paper Danny brought contained her neighbor’s phone number.

Bethe Bennett then called 911 and her neighbors, thanks to the never relenting Miniature Schnauzer, the clever Danny.