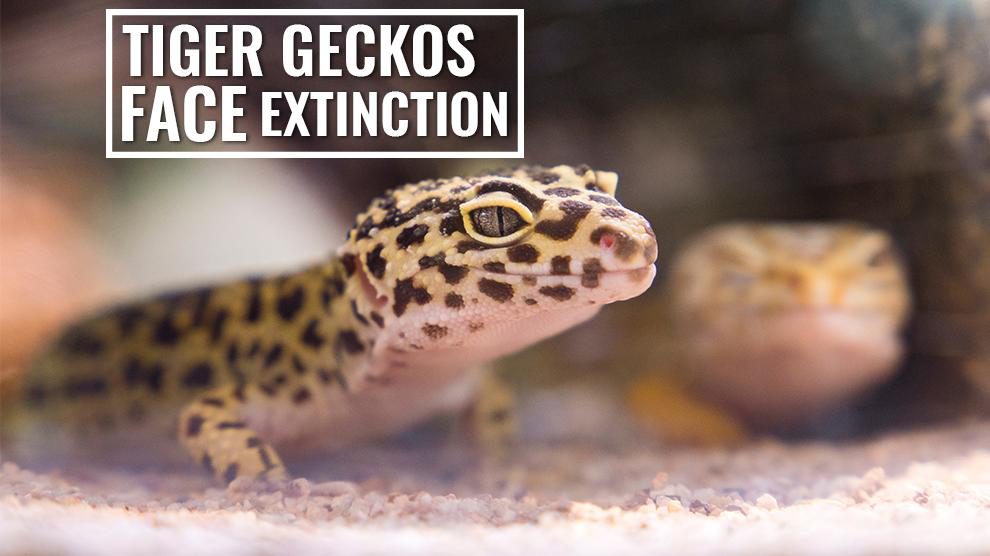 Tiger geckos are at imminent risk of extinction. The reason-  it is sold in the market as exotic pet trade.

Despite their dwindling numbers, not much is known about their conservation status.

In a recent study, scientists from Vietnam and Germany assessed tiger gecko numbers. They tracked some from species. They also found that they were sold both internationally and locally.

A report, published in one of the magazines, offers a glimpse into the tiger geckos population. The reports also mention how trade affects populations.

Researchers are asking for immediate protection to save tiger geckos from extinction. At present, there are only eight species listed as Critically Endangered by the IUCN List.

These creatures are neither part of conservation or protected by law. To date, the exact numbers of tiger geckos sold illegally are not available.

The researchers tracked five tiger gecko species. They made a list of local traders that had bought or captured wild tiger geckos. Geckos live in small populations.

For instance, the Cat Ba Island in Vietnam is home to Cat Ba Tiger Gecko population. There are only 120 individuals left.

Habitat destruction and pet trading have reduced these species to a large extent.

The five species were traced to pet shops and markets in Japan, Europe, the United States. Some researchers found ads for the geckos on Facebook.

The researchers suggest that the entire tiger gecko species should be included in CITES . This is to limit trade and monitor populations.

They also recommend new breeding programs for all the tiger gecko species.