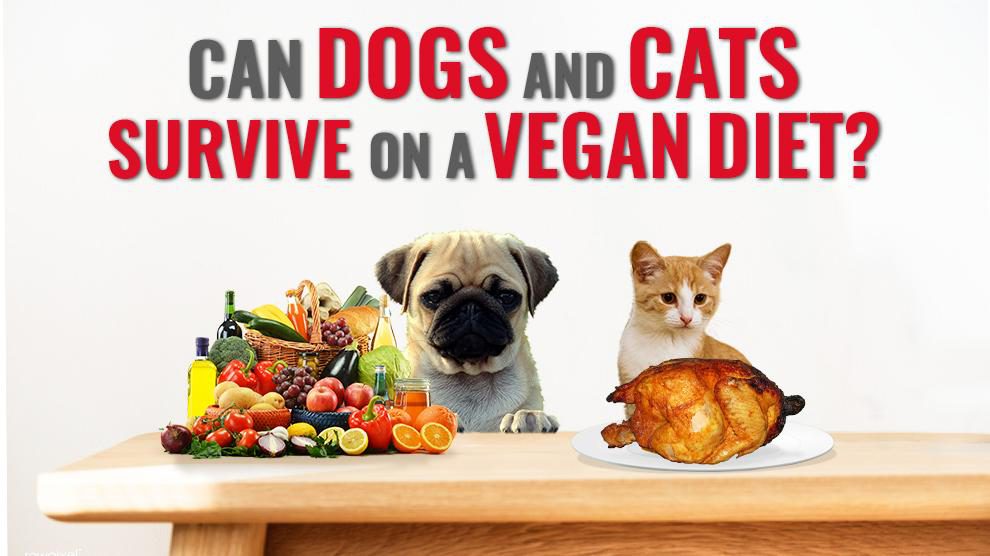 Some pet lovers who are vegan themselves are giving their cats and dogs plant-based foods as well, and many others have shown interest in this idea.

What Does Research Say About Vegan Diet For Cats And Dogs?

The research was conducted by New Zealand’s Massey University along with the University of Guelph, Canada. They interviewed more than 3500 pet parents. Questions that were part of the research included concerns about pet foods, details about their pets food, and what pet they owned, among other questions.

Of the owners interviewed, out of the 3673 participants 229 were vegetarian, while a small amount of 212 was vegan suggesting they avoid fish, dairy, or meat products.

In short, around 35 percent of pet parents interviewed loved the idea of switching their pet mostly from a traditional diet to a plant diet.

Is Vegan Diet For Cats A Controversy?

Canines are omnivorous, which means they eat both meat and plants. However, cats are carnivorous animals.

Vegan diets for dogs and cats are controversial.

Though vegetarians and vegans pet parents could face a “chaos” when feeding different foods to their cats or dogs, the team mentioned in the study.

Vets have issued a warning to all pet parents who prefer plant diets. The main drawback of a so-called vegan based diet is that it could lack in key minerals and vitamins.

Feeding cats a normal vegan diet, particularly, would be like feeding meat to the horses. You are trying to force a species to eat something that they are not naturally inclined to eat.

In the research, around 11 cat and 48 dog owners said they gave their pets a “plant-based diet.

While a small percentage of pet parents are giving plant-based diets, it is simply safe to state that interest is likely to expand.