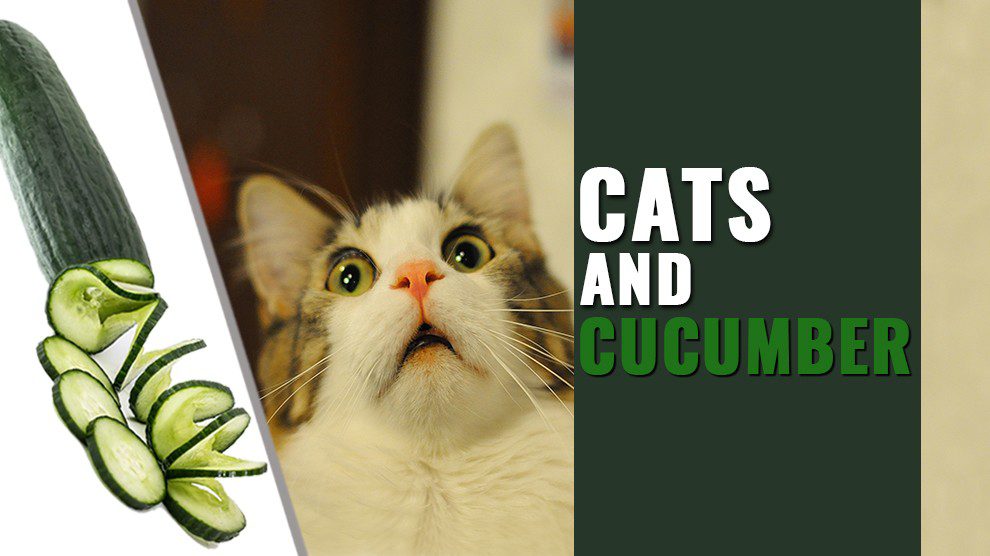 Cats and cucumbers – It turns out that the crevice in the feline armour is the cucumber- the seemingly harmless green gourd, for some utterly bizarre reason they are terrified of cucumbers.

The internet is flooded with videos of people’s cats leaping out of their skins as they turn from their food bowls to find the gloomy green vegetable has been placed behind them.

Jumping, running, clawing or staring at the green object beside them. It’s hilarious, yes; it seems that a sneaky predator which thinks nothing of exploring dark corners or leaping around tall bookshelves is in fact terrified of a common vegetable.

But experts agree that scaring your non-human kiddos with cucumbers is actually bad for them.

Are Cats Really Scared Of Cucumbers?

It’s good to be reminded that no animal is perfect, not even the high-minded feline overlord you share your house with. But it’s kind of silly. The idea that a cat— a gracious cousin of lions and tigers, who fears neither gators nor Godzilla’s (they see on TV) would be terrified of a summer salad ingredient…It doesn’t quite add up.

It seems as though there is something about cucumbers which cats find unreasonably startling.

Upon discovering a cucumber nearby, our furry felines jump into the air, somersaults, scamper away, or set up for a fight against the encroaching green ‘eyesore’.

So what gives them the scare? Is it actually the cucumber that’s scary? Are cucumbers are the potential foe to the feline nation in an alternative world? Obviously not.

"Fear Of The Predator" Theory 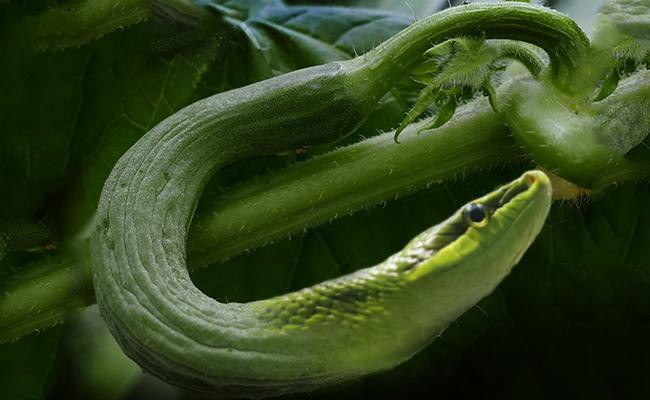 There may be some theories, but so far no one can present a convincing answer. Many experts acknowledge that it isn’t essentially the cucumber that terrifies the cats.

The most convincing interpretations given by cat behaviourists:

Con Slobodchikoff, animal behaviourist and author of ‘ChasingDoctor Dolittle: Learning the Language of Animals’ has stated that ‘Cucumbers look enough like a snake to have the cat’s inherent fear of snakes and kick in.’

Con Slobodchikoffisn’t the only one who supports this theory. It’s possible that kitties could indeed be making a link between the cucumbers’ long green exterior and the wily presence of the predatory slithering creatures. But that’s still only a theory. 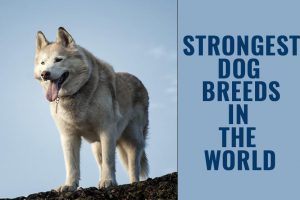 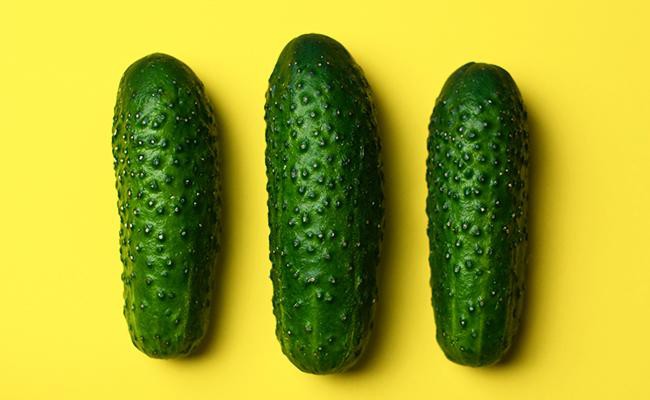 One more approach is that the unexpected appearance of the cucumber is what scares the cat, exacerbated by the fact that it’s long and creepy for them. This is more like surprising someone by sneaking up behind them.

Articles and videos of other fruits and vegetables scaring cats are available—they get equally startled if they stumble upon a pineapple, a plunger, or a plastic fish, providing it’s a previously unobserved thing which has occupied their space without them noticing.

Cats And Cucumbers - An Imagination

You’re lounging in your home and potter the day away. You’re bored as hell. The house is silent and dark, save a small ray of light emanating from your bathroom.

You know the things in your space and there’s nothing wrong with your vision, hearing and olfaction. So when you suddenly see a strange grizzly bear in the corner(which was not previously there), your immediately get terrified.

Ok, false alarm, it was teddy bear fallen from the bookshelf. The key thing here is “unexpectedness.”If you were having dinner and a snake (or look-alike)suddenly appears behind you, you’d probably jump too. Perceived danger is serious business for everyone.

Cats perceive cucumbers as unexpectedly quiet and unfamiliar things that could be dangerous. And sometimes the creepy silence which produces the loud sounds.

This veggie doesn’t produce any sounds, but it’s out of the blue is there – big, unfamiliar ‘thing’ lying in plain sight. As the cat turns around and witnesses the unforeseen item, it goes bonkers, jumps in the air, and gets away from the green horror as fast as it can. 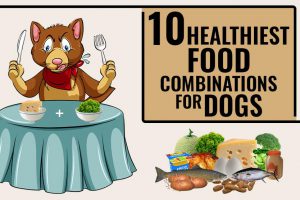 Moral Of The Story? - Bottomline 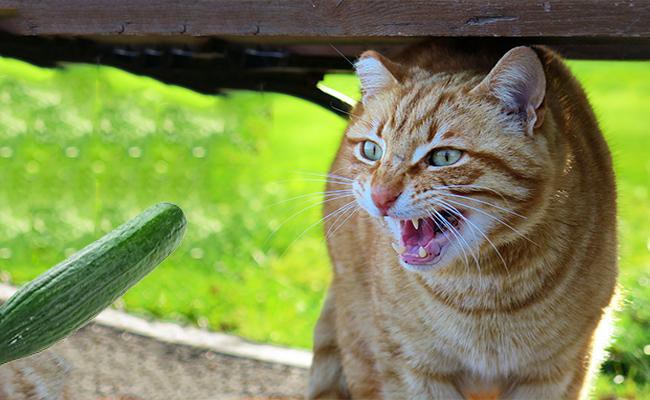 This seemingly innocuous “joke” can result in redirected aggression or in a posttraumatic stress disorder. Your pets may become more reactive, fearful, and even aggressive if you keep scaring them time and time again.

This will end up with a cat that is extremely insecure about their surroundings. Another unintended side-effect, they can even associate this phobia to eating-time.

Rather than creating a perpetually scared cat, just say ‘NO’ to help your cattle stay as cool as a cucumber. Cats enrich our lives and are funny on their own ways, so why do we think of ways to scare them for our own amusement?