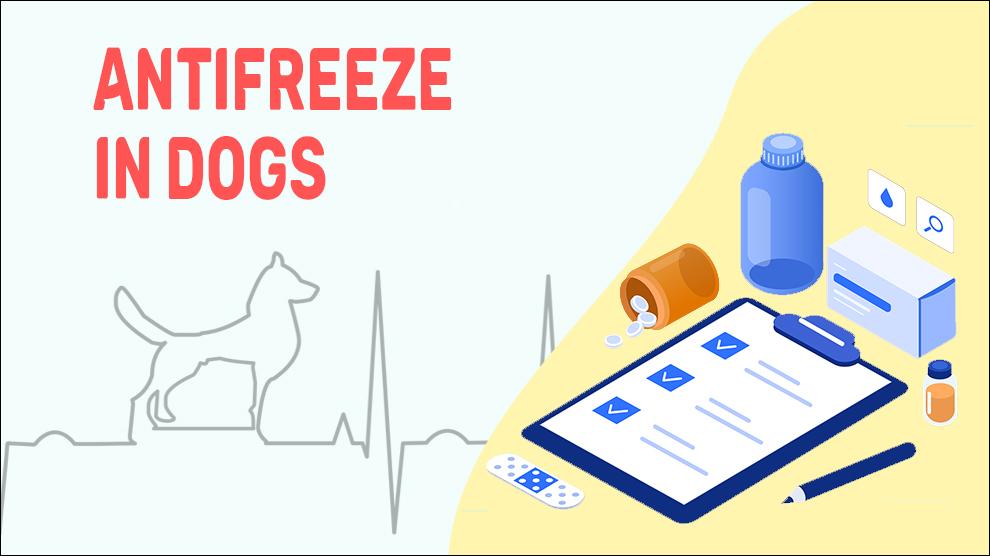 What Is Antifreeze Poisoning In Dogs?

What happens when the car’s antifreeze freeze up your dog’s sweet tooth?

Sadly, every year many dogs and cats die because of antifreeze poisoning. This one of the most common forms of poisoning in small animals as it is found in most automotive antifreeze products.

Your dog gulps antifreeze that drips from your car’s radiator in the garage or pavement, a toxic dose may be ingested. Sometimes people put antifreeze in their cabin’s toilet to "winterize" their pipes from freezing during the winter. The antifreeze puddles spilled in driveway will be in attractive colors like green, blue, orange and pink. These are common happenings in households particularly in colder regions.

The toxicity of antifreeze is due to ethylene glycol and it is a sweet-tasting, odorless liquid. As an automotive radiator coolant, this typically comes in 95-100% concentrations.

For nosy dogs, sadly, it’s too late by the time the aftertaste strikes them. It takes less than 5 tbsp (three ounces) of this automotive coolant to cause fatal damage for a medium sized dog.

What Are The Symptoms Of Antifreeze Poisoning In Dogs?

Common signs and symptoms of ethylene glycol (antifreeze) poisoning include:

How Is Antifreeze Poisoning In Dogs Treated?

There are only two antidotes for antifreeze poisoning:

Time is important and the prognosis varies inversely with the increase of time between ingestion and initiation of treatment.

Treatment must be given within 8-12 hours of intake.

Treatment is expected to:

What Should I Do If My Dog Drinks Antifreeze?

A maximum of three teaspoons can be given one at a time. The teaspoons should be spaced 15 minutes apart.

How Can I Prevent Antifreeze Poisoning In Dogs?

Check your car’s radiator regularly and if there is leaks get it repaired right away.

There is a safer antifreeze alternative for your cars. The U.S. Food and Drug Administration certifies Propylene glycol is harmless. Although Propylene glycol is not totally non-toxic but is toxicity is considerably lesser than ethylene glycol. It’s also not palatable so it is not as pleasant to dogs.

Restrict the access of your dog to places where antifreeze is available, such as in garages, toilets, driveways, etc.

Get rid of used or unused antifreeze containers appropriately.

Make sure any antifreeze spills are thoroughly cleaned without delay.

How Is Antifreeze Poisoning In Dogs Diagnosed?

Few signs seem to resolve, this convinces pet owners into a false sense of hope. Though internal damage is still happening during this stage. Dogs develop an increased heart rate and breathing.

At this stage, kidney malfunctioning happens, which is characterized by production of minimal to no urine and swollen kidneys.

When you see or even doubt that he has licked antifreeze or any of the early indications, it is critical that you bring your dog to a veterinary clinic immediately.

When To See A Vet For Antifreeze Poisoning In Dogs?

Act immediately; immediate treatment is critical. Dogs should be treated within 8-12 hours of antifreeze ingestion, as the antitoxin only has a slender time period to work.

Left untreated, the dog will die.

Diet And Food Suggestions For Antifreeze Poisoning In Dogs

Sample recipes for a homemade recovery diet for your dog:

Boil shredded chicken (thigh and breast tasted better) in water with a little olive oil. Add peeled/chopped sweet potato, and kale. No need to add salt or spices. Add with some brown rice and put this into a pot, let it simmer for an hour.

Cook rice in a pot. Pierce yam using a fork, microwave on high for 7 minutes or until its tender. Remove it and once it is cooled and cut into cubes. Cook chicken in a separate pot. Once cooked, put in the cooked rice, yam cubes and some tomato sauce. Mix the ingredients well with a spoon. Place it in refrigerator overnight. Next day, take it outside and using a ice cream scoop, serve your dogs as per requirement. One week food can be prepared and kept in refrigerator.

When you suspect antifreeze poisoning, do not waste time.

Dogs should be treated within 8-12 hours of antifreeze ingestion, as the antitoxin has less therapeutic window to act.

Intake of this pleasant poison is an awfully unpleasant way to kick the bucket.