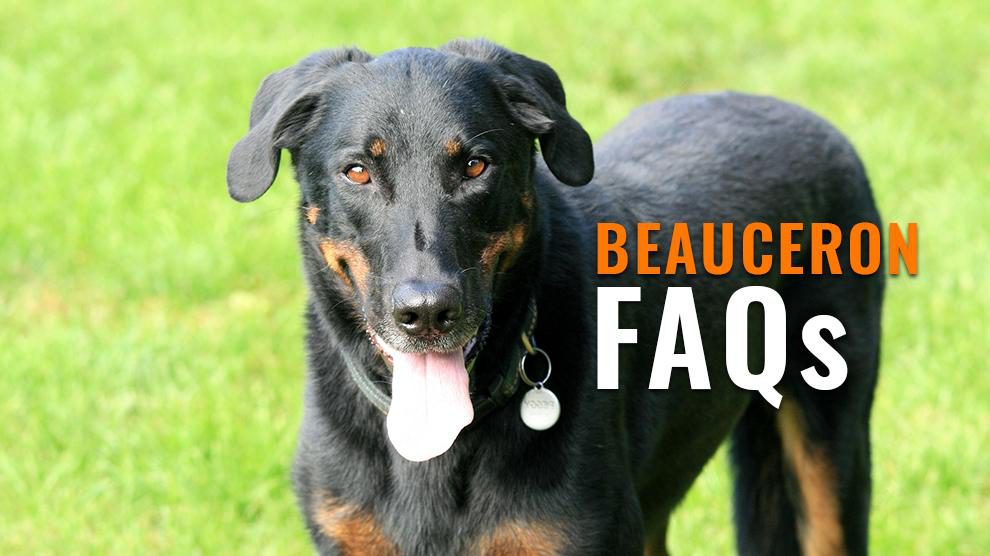 So if you know anything about Beauceron, you will know that they can be stubborn and can also tend to be aggressive.

Now… Don’t get me wrong. Do not confuse aggression with the breed’s naturally protective attributes.

You’ve heard the words “obstinate” and “aggressive” when describing dogs before, but sometimes it’s an inherited trait that at one time was sought after as an asset and considered a positive rather than a negative quality.

Beauceron heritage is based on a natural herding instinct that came in handy for shepherding and rounding up cattle, in the French countryside for centuries.

They were almost like a well-hidden secret. They are known for their combination of aloofness and frankness when meeting strangers, and are not, in fact, overly aggressive or violent when confronting strangers.

Now they have become a “general-purpose” dog and despite his stern and foreboding appearance, he is quite tolerant by nature.

Early socialization is crucial to prevent this breed’s reserved nature from transforming into shyness, spookiness or aggression.

Beaucerons are average to minimal shedders. They shed year round but do go through a heavier shedding period in warm weather and little more heavily in early spring as well as fall.

Thanks to their tight short coats, Beaucerons don’t shed profusely or require much in the way of hair care. Just a mitt or simple brushing a few times a week will greatly reduce the amount of hair shedding.

What is Beauceron Harlequin?

There is a second variety of Beauceron called Harlequin. Their coat is black mottled with grey (blue) and tan markings in the usual places.

Black and grey in equal parts. All other features are the same except for the walleyes and the head is entirely grey (absence of black)