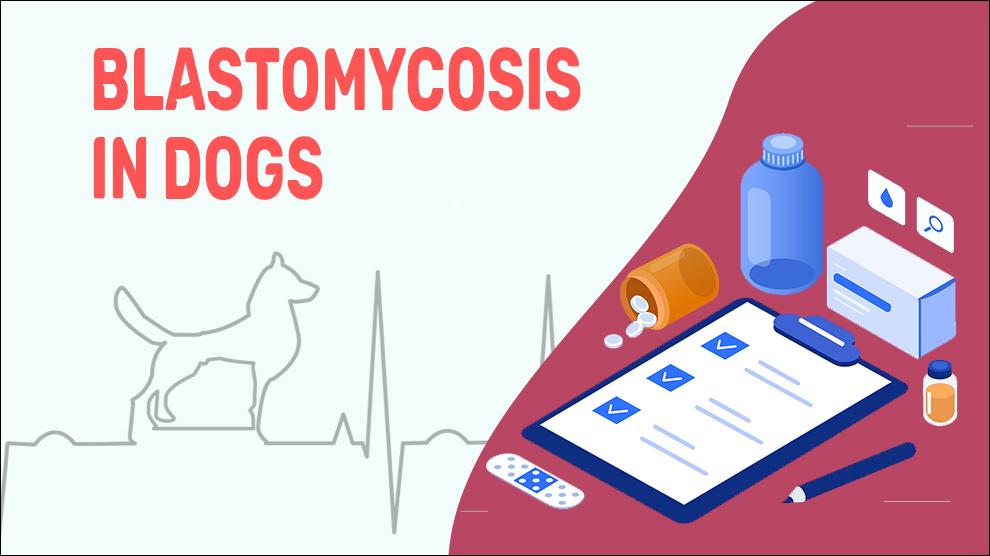 What Is Blastomycosis In dogs?

Blastomycosis (also known as “Blasto”) is a systemic yeast-like fungal infection caused by the saprophytic fungus Blastomyces dermatitidis. Blastomycosis appears most commonly in certain geographic locations having moist, acidic soil that is rich in organic matter (rotting logs and vegetation) and in wet environments (such as riverbanks, lakes and swamps).

Dogs contract infection after breathing in the infective mycelial phase of Blastomyces fungus in the environment. After infection, the organism transforms to yeast at normal canine body temperature and begins to infect the lungs and spread systemically.

Blastomycosis occurs more frequently in dogs and the disease is rarely reported in cats. The reason dogs are more susceptible is unknown, but the tendency to poke their noses in the soil or following a scent trail may play a role. Airborne fungal spores of contaminated soil get disturbed and the dog inhales the spore.

Blastomycosis from dogs to humans is not yet reported. However, dermal infections from a dog’s open wound secretions are rare but reported.

What Are The Signs Of Blastomycosis In dogs?

How Is Blastomycosis In dogs Treated?

Treatment of blasto requires long-term medications (2-6 months in most cases).

Amphotericin B (Abelcet - The Liposome Company) is the "gold standard" of antifungal drugs.

Ketoconazole (less expensive than the other azole antifungals) or a combination of medications may also used in certain cases.

Home Remedies For Blastomycosis In dogs

Every dog is different in its own right.

This means that the best home remedies (such as diets) for your dog undergoing treatment for heart disease - depends on your dog.

Work with your vet to find the optimal dietary plan for your dog.

Home remedies such as herbs, diet and exercise will depend on your dog’s age and stage of disease they are in.

How To Prevent Blastomycosis In dogs?

Additional Facts On Blastomycosis In dogs

When To See A Vet For Blastomycosis In dogs?

In many cases of blastomycosis infection, Prognosis is good with recovery rates between 50-75%. Survival rate depends on severity of signs and overall health of the dog. Severity of lung diseases and CNS involvement are two important negative prognostic factors.

The decisive period comes in the first 24-72 hours when the drug first takes effect and the recommendation of a veterinarian is essential.

Diet And Food Suggestions For Blastomycosis In dogs

Blastomycosis vaccine is currently not available, but research is going on and soon we will hear about the vaccine.

If left untreated, severe cases of Blastomycosis can be fatal for dogs, so head to your vet immediately.