The presence of caffeine in dogs is what makes it highly toxic to your pet dog. In general, it’s a form of methylxanthine present abundantly in cocoa seeds which in turn belongs to the plant that produces coffee.

This means all items associated with coffee should remain outside your dog’s diet including coffee grounds, beans, and coffee. In addition, dog lovers should also avoid chocolate-coated espresso beans.

Overall, depending on the quantity of caffeine and weight of your dog, the ingested caffeine will produce a range of symptoms.

Caution – An average cup of coffee contains 100 mg of caffeine.  Also, per 2.2 lbs of your dog’s weight, anything around 150 mg is dangerous. 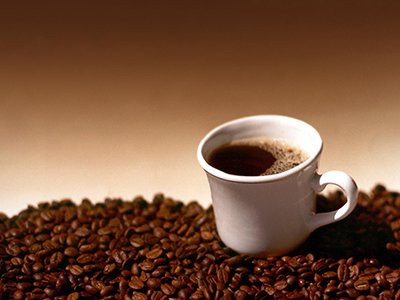 So, is coffee bad for dogs?  Yes, this kind of caffeinated beverage is really toxic for dogs. However, that said, you stop worrying if your dog drank a bit from your cup. Of course, it’s not healthy for your dog to slurp some coffee off your morning quota.

In general, all forms of caffeine-filled drinks should stay off-limits.

What happens if my dog drinks coffee?

Suppose, if your pet drank some caffeine-filled drink, you should know what symptoms to watch for in case an emergency arises. Usually, one or two hours after your dog has ingested coffee, toxicity signs begin to show.

Some of the common symptoms of coffee toxicity in dogs include-

According to Pet Poison Helpline, a small quantity of coffee may not cause severe health hazards. However, tiny dog varieties  will get affected even if they have ingested just a few sips. The pint-sized canine beauty Chihuahua will pay the price of fatality immediately.

Treatment for Coffee Toxicity in Dogs

At present, there are no medicines to cure coffee toxicity in dogs. So, the best thing your vet will do is force vomiting. Also, you consult a seasoned vet regarding the treatment and health of your dog. Your doctor might be keen to know the exact amount of coffee your dog consumed and learn about his weight.

Furthermore, in certain cases, your vet may instruct you to feed your pet activated charcoal or guide you through inducing vomiting. To sum up, in more severe cases, the vet may bring him to the clinic and observe his body function.

Intravenous fluids are also used to remove the caffeine from his body.

Can Dogs Drink Coffee With Milk?

If your dog drank only a sip from your share of coffee, do not panic. One cup of coffee will have 100mg of caffeine.  According to research, it is the toxicity level of caffeine for a dog is 150 mg per kg of its weight. That means if a small dog consumes more than 2 cups of coffee, then you need to see the vet immediately. That is very unlikely. For teacup dogs, even a quarter cup is serious. If coffee is mixed with milk, then the amount of caffeine is lesser than the normal amount. So, don’t panic much. However, try to avoid any drink with caffeine.

How long does caffeine stay in a dog’s system?

Caffeine is one of the most dangerous toxins for dogs. Ingestion of even a small quantity is harmful and life-threatening to your buddy. Caffeine normally takes 24 to 48 hours to pass through the excretory system in canines. Caffeine poses the greatest risk to small dogs and cats.

Good News! Why dogs hate the smell of coffee grounds?

Canines love foul odors such as stinking meat, yet some dogs are repulsive to smells that look normal to us.

It shows, even dogs, like humans, have their own set of likes and dislikes with respect to certain smells.

We should not jump the gun and come to some conclusion. Let’s analyze why dogs hate the smell of coffee grounds?

If dogs drink or eat coffee, it could harm their health. Some dogs know this intuitively and are much smarter than we all know.

On a lighter note, you can’t enjoy a cup of coffee with your dog.

Canines, just like us, share likes and dislikes when we talk about smells. Dogs prefer no material to stink up their place, which explains why some dogs wish to roll in feces and other smelly things.

It’s mostly in the way our brain registers smells. An odor can smell unique and different to different people and dogs.

It’s similar to canines having a lamb phobia. Even experts don’t know why the odor of lamb cooking irritates some dogs.

This phobia is seen in both,  pastoral dog breeds and non-herding dogs.

These coffee grounds phobia also appear on similar lines with the lamb phobia. This is the most important factor why people report that their cats and dogs have an aversion to the smell.

One simple idea for maintaining wandering dogs and stray cats from dirtying lawns and flower beds as their litter area is to sprinkle coffee grounds and orange peels.

You can try to help your dog adjust to the rich smell of coffee grounds, but ingesting coffee grounds can cause caffeine toxicity.

So, now you know why dogs don’t work at Starbucks.