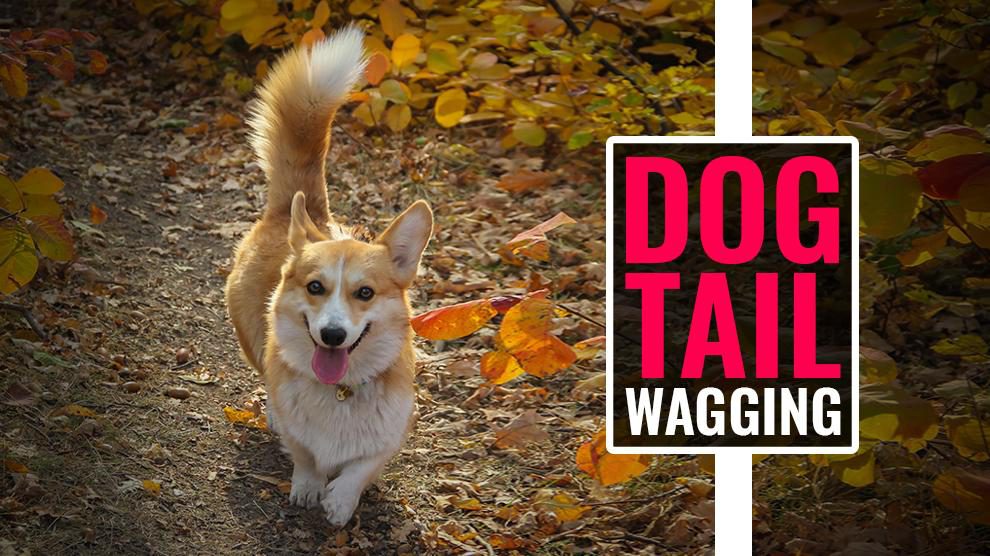 Are you aware that specific dog tail wagging behavior provides a lot of information about their emotional wellbeing?

The fascinating thing about science is that it is always dishing out something new that pushes us to understand the behavior of dogs.

The most popular misunderstanding of dogs is that a pup wagging its tail is friendly and happy.

While some dog tail wagging behavior can mean a warning, a social challenge, or insecurity that if you approach, sorry friend, you are ready to be bitten. 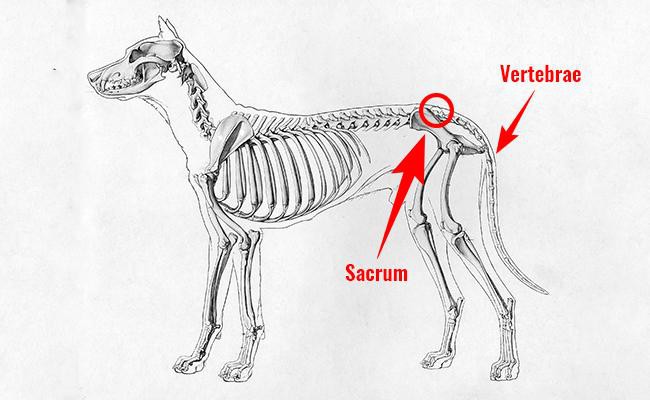 The tail serves a lot of things such as a rudder and as nonverbal communication.

A dog’s tail not only shows whether a dog is happy or not, but it also does a much bigger role. They can be flat, curly, short, or long.

For a dog, its tail is nothing but an extension of its spine. Any injuries to this part of the body can not only be painful but also highly dangerous.

The tail bones are called vertebrae, and the presence of disc cushions the gap between.

The nerves and muscles in the tail play a prominent role in bowel movement and control. That’s why a vet pops a question about your dog’s toileting when you visit your vet for a tail problem. 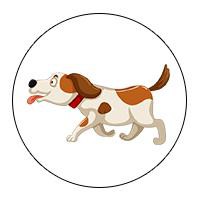 A dog with its tail high but not upright means they are brimming with confidence.

2. Getting ready to attack 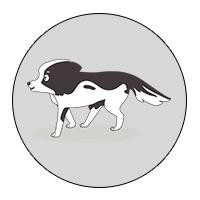 A pretty intense stare, hackles raised, and straight out show the dog is getting ready to attack. Stay away for obvious reasons. 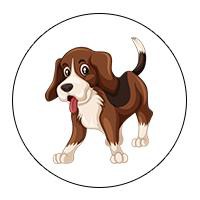 The tail is swinging around but not held too high. It is straight up.

If the dog moves his entire body in tune with the tail wagging behavior, he is already happy and brimming with joy.

4. Bored or no change 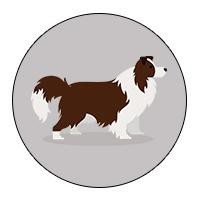 Not interested in what’s going around them. They appear lost in thoughts. 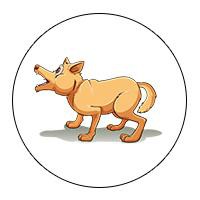 The tail is pulled low, and their hackles are held high, then the dog feels threatened.  They never stop barking. 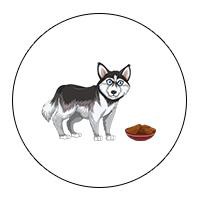 Dogs are normally neutral, but when they are chewing or eating, its better you leave them alone.

They can turn aggressive pretty soon. Stay away. 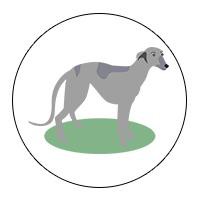 When a dog’s ears are held back, and their tail is lowered, it shows they are sending out the message that the opponent is in charge.

8. Not aggressive but alert 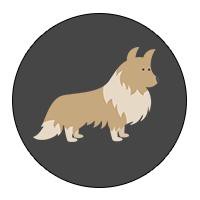 In this posture, the dog is communicating that he is waiting to see how the situation will pan. The ears are not held back but the head is raised and the tail is lowered. 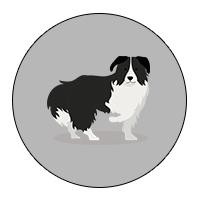 One paw raised, ears held back, tail between legs, head down shows the dog is confused. It is playing softly to defuse and appease the situation. 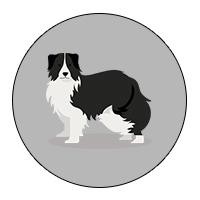 The lower the tail and head is held, the more anxious and submissive a dog feels. 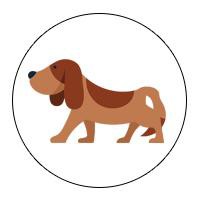 If the dog’s tail is held between the legs, they try to look small, and the ears are held back, it shows the dog is frightened. 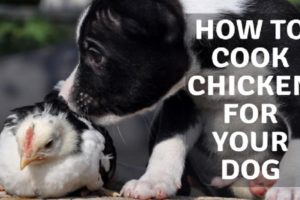 How To Cook Chicken For Your Dog?

Chicken is a complete form of healthy food that not only keeps your canine friend healthy but also its gut and skin and the coat becomes disease-free and healthy.
Read More
Back to Index

What Is Happy Tail Syndrome? 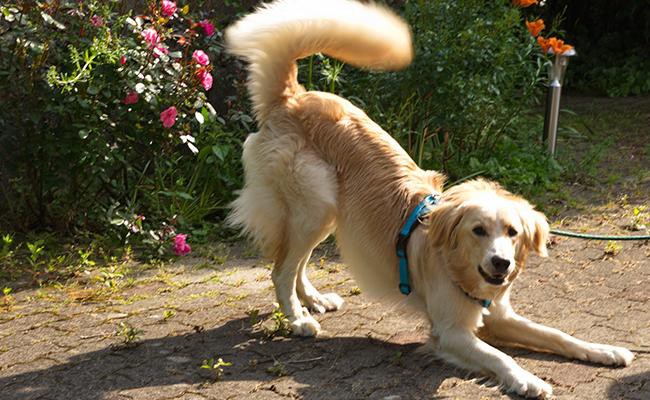 A dog’s tail is a majestic extension. In happy tail syndrome, the dog relentlessly wags its tail; striking it hard on anything they come across in the way.

This causes lesions and it takes plenty of time to heal due to constant wagging.

Keeping the tail well covered in bandage helps to a large extent and placing the dog in large plan areas.

A dog’s tail performs counter-balancing the bodyweight when turning at top speed. When reading a dog’s body language,  the tail shows its prominence.

Why Do Dogs Actually Wag Their Tails?

It is a wrong perception that dog’s wag to convey they are friendly and happy.

Dogs, in general, use their tail as a means of communication, but a wagging tail does not always mean “Cuddle me!.”

The dog’s tail shows its emotional side. When a dog looks relaxed, its tail appears in its “normal position.”

These positions change between breeds.  The tail hangs down near their heels or hocks. Greyhounds have tails that stay between their legs.

Pugs tail curl upward and it is normal for them.

If a canine is actually scared, it will definitely tuck it under its body and a submissive dog will keep its tail much lower than its normal position.

A tail that appears straight shows that the dog is alert. Active tail wagging represents a dog’s excitement levels.

A dog wagging its tail to the left means negative emotions, and a wagging to the right means positive emotions.

This happens because of the fact; the brain’s right hemisphere controls the left side and vice versa.

According to a 2013 study, the dogs can grasp the asymmetric tail wagging. 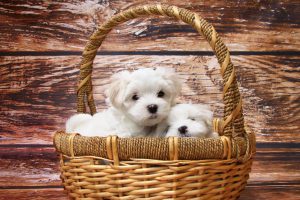 Dog Tail Wagging And Their Meaning

The signs of a wagging dog can be quite complex, and it seldom conveys in isolation.

We usually interpret the dog tail between the legs and dog tail down means sadness. Italian scientists found that the tail wagging direction indicates a lot about the dog’s mood.

The frequency of wagging also sends a message.

According to “Psychology Today,” a dog’s tail automatically moves right when they see a familiar person. The same dog will wag its tail slowly when they meet someone unknown.

Swinging their tail right or left

These signs are quite subtle and hard for us to understand. Dogs swing it to the left when things are not going as he expected. If it is to the right, the dog is really excited.

A flowing wag is healthy but a strong wag can communicate hostility and tension.

A tail held high indicates enthusiasm.  A dog’s level of confidence is seen in its tail height.

A higher tail indicates the dog is actually confident and lower tail shows he is nervous.

It’s really important to understand that if the tail wag involves almost a perpendicular posture, it means arousal. This dog wants to communicate, maybe not in a friendly manner.

A generous tail wags where the tail and the butt are freely moving, and the tail making sweeping motions indicates a friendly dog.

According to experts, wags can mean a variety of things in various contexts.

Dog tail wagging and their meanings can also vary from one dog to another. Wagging is a universal behavior.  A dog may wag a little faster or slower and it’s important for dog lovers to read the total body language.

A “Circle wag” is highly descriptive because it talks about a dog’s tail that goes around in circles.

A dog wags its tail in circles only when it is extremely happy.  Many dogs never ever circle their tails and experts predict the percentage, not in excess of 20%.