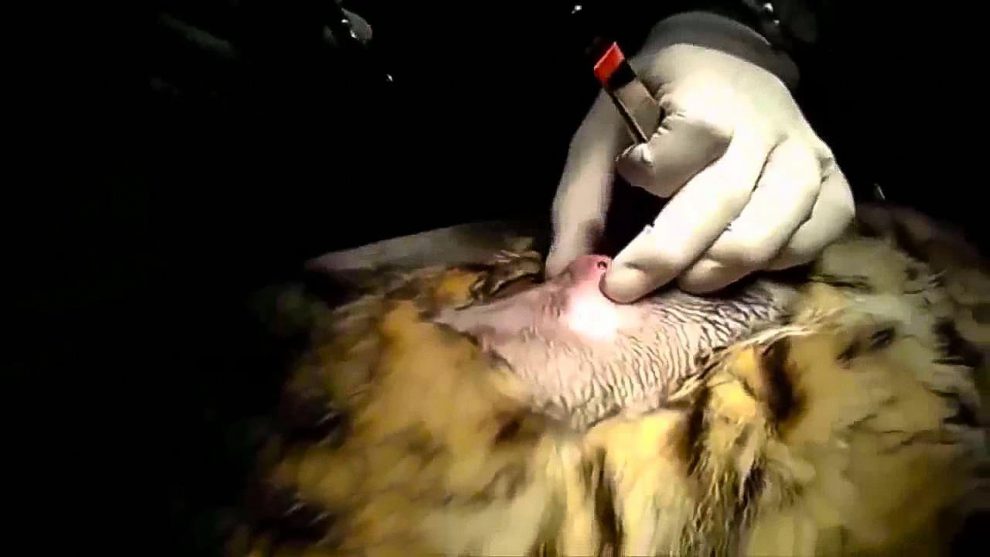 As a responsible cat owner, like how you discover what food to give for your felines, it’s essential to identify the symptoms and signs of various cat diseases too at the earliest.

In this way, you can easily understand your cat’s health issues and seek veterinary help within a short span of time. Read further for more information about other medical ailments and diseases that regularly affect your cat.

Cat cancer is quite difficult to pin down. There is no one single factor for a cat to develop cancer. Cats suffering from cancer are far less in number than dogs with cancer. With cats, it’s quite worrisome because they tend to hide the disease well. 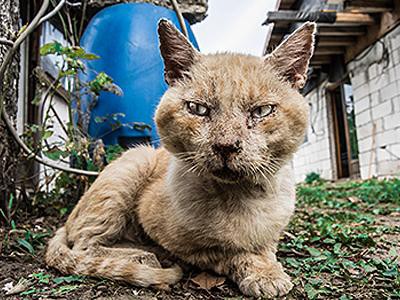 It is very difficult to note the cancer disease in cats. They highly tend to hide the symptoms. Careful observation can help in finding some bumps and lumps on the external surfaces of the cats.

Continuous vomiting and diarrhea, difficulties in breathing, loss of appetite, rough coats, and unusual weight loss are some of the notable symptoms in cats. However, depending upon the type of cancer, the specific symptoms may vary.

Common treatments in cats for cancer include chemotherapy and surgeries. Rarely doctors advise radiation therapy for cats in case of nasal tumors or brain tumors.

Cats suffering from Feline Immunodeficiency Virus (FIV) are quite a tricky disease. The symptoms may not become evident until a couple of years. 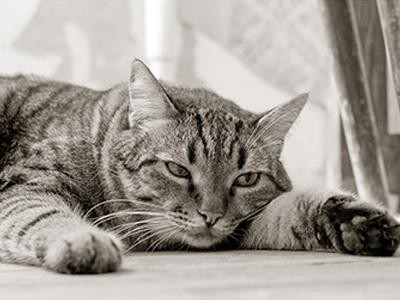 The symptoms of FIV in cats are not visible for many years. Once the symptoms develop, these can continuously transform and affect the general health of the feline.

Some symptoms include Enlarged lymph nodes, dishelved notes, poor appetite, inflammations in eyes, inflammation in lymph nodes and mouth, rashes and redness in the skin, non – healing of wounds, discharges in nose and eyes, weight loss, anemia, changes in temperature, and many more abnormal changes in the body.

Unfortunately, FIV has no specific treatments available at present. Cats may be asymptomatic for long. Hence treatments targeting the prolonging of the asymptomatic period are given to cats. 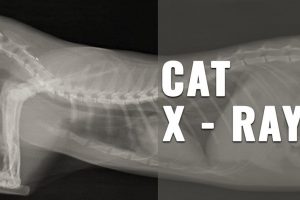 Every Thing You Must Know About Cat X Ray

If Your Vet Tells Your Cat Needs X-Ray, You’ll Have A Few Questions. Find The Answers For - Are X-Rays Safe For My Cat?, How Much Should I Pay? And More.
Read More
Back to Index

Diabetes occurs due to insufficient response to insulin or lack of insulin hormone in cats. The food breaks down into several compounds, including glucose. This glucose enters the cat’s bloodstream via insulin hormone.

When a cat fails to produce insulin, it automatically shoots her blood sugar level. Hyperglycemia sets in this case, which, with proper treatment, can lead to various complicated health issues. 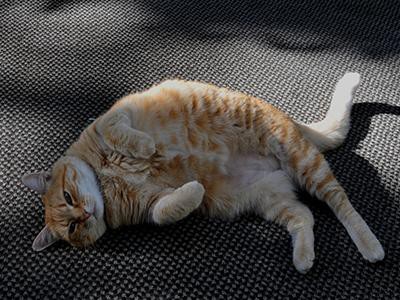 Diabetes in a feline is estimated at 0.5% to 2% common. The symptoms of diabetes in cats include polydipsia – excessive thirst, polyphagia – usual weight loss, and polyurea – frequent urination. Apart from the common symptoms, diabetes is seen popularly in obese cats.

Diet is the only proven treatment for feline diabetes. A diet with low carbohydrates is prescribed for the feline. However, like humans, Insulin therapy is also prescribed to cats depending upon the severity of diabetes.

A transmittable retrovirus(RNA) damages the feline’s immune system. It is also the most popular cause of health trouble in a house cat. Since the virus does not show any sign right away, all the cats, including the sick and the new cat, should always be checked for FeLV. 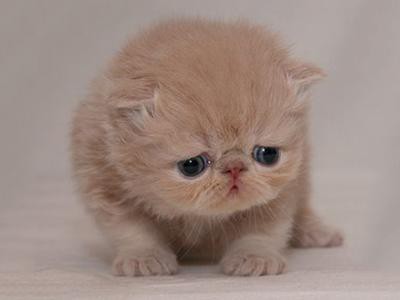 FeLV is transmitted only from one cat to the other. Kittens cant contract the disease from their mothers through feeding milk or in utero.

These symptoms may appear all together at once or some of them and gradually increases the intensity.

FeLV is diagnosed by ELISA tests. Since FeLV is a virus infection, there is no permanent cure. Cats suffering from cancer can be given chemotherapy. Cats must be neutered and kept indoors.

Vaccines are available for cats and can be given to those feline living outdoors or in shelters. According to the feline vets, all cats that are sick, showing symptoms must be subjected to tests. 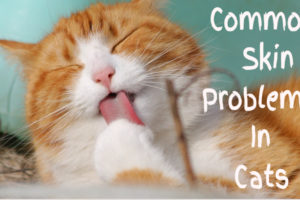 Skin is the largest organ of the cat’s body. It acts as a natural barrier and protects the cat’s body from a lot of invading agents. Skin also plays a significant role in the temperature regulation of the cat’s body (osmoregulation). It has been observed that skin problems are quite common in cats. There are …
Read More
Back to Index

Caused by infected mosquitoes, cats remain as an atypical carrier for heartworms. They are known to affect the lungs in cats. For cat owners, living in densely populated areas infested with mosquitoes requires more discussion with the vet. 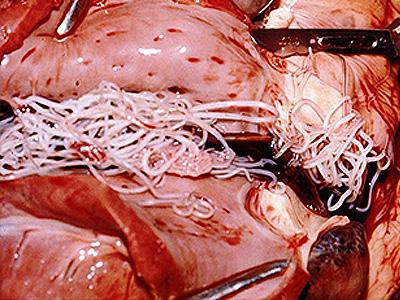 Indications of heartworm infection in felines can be exceptionally inconspicuous or extremely emotional. Manifestations may incorporate severe coughing, asthma-like assaults, occasional spewing and puking, loss of hunger, or weight reduction.

Periodically an infected feline may experience issues doing regular exercises like walking, experience blacking out or seizures, or experience the ill effects of liquid accumulation in the abdomen.

There is a particularly worm trouble that blood streaming back to the heart is genuinely obstructed by a huge mass of worms. Shockingly, the first sign in quite a while is an abrupt breakdown of the feline or unexpected death.

The felines with heartworms may experience a frequent clearance of heartworms, however, the damage caused by the worms are forever and uncured. There is no specific cure for heartworms.

The feline owners must note that the drugs used for treating heartworms in dogs do not treat the cats instead causes complications. It is important to get good veterinary care for the feline upon detecting the heartworms.

A strong viral disease, rabies, affects all humans, dogs, and cats’ spinal cord and brain. In the United States of America, Hawaii is the only state that has not reported any rabies attack. Rabies is, in fact, 100% deadly. Vaccinating your feline against this deadly disease is highly recommended. 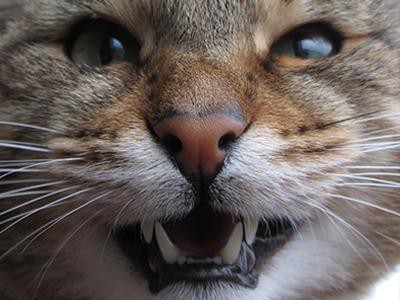 All rabid felines have signs of nervous disturbances. Some reliable symptoms include behavioral changes, nervousness, crankiness, irritability, etc. Rabies in cats when getting severe, show the ‘classic mad dog syndrome’.

There is no treatment for rabies in cats. And by the rule of law, your vet has to inform the government authorities, about the feline.

Until the government regulatory authorities take the feline under quarantine, the felines must be kept in locked and quarantine and must be prevented from escaping. Feline Acne – Do Cats Get Acne Or Pimples?

Feline Acne Is A Cosmetic Disease And Is Not Usually Dangerous, It Can Call For Symptomatic Flare-Up. Find The Causes, Symptoms, And Treatments Of Cat Acne.
Read More
Back to Index