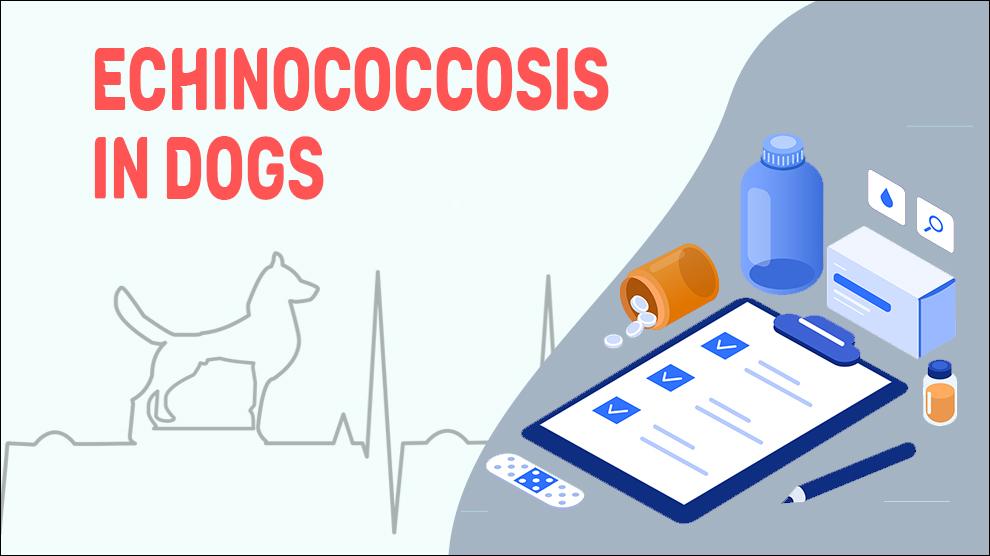 Cryptococcosis appears most commonly in certain geographic locations such as South America, northern Africa, the Mediterranean, southwestern Asia, the Middle East, and Australia.

It is not easier to find out if a dog is infected with Echinococcus when compared to other tapeworms such as Dipylidium or Taenia. An adult Echinococcus is 1.2 to 7 mm in length whereas adult taenia tapeworms can be even 10 meters long. Dogs may host several hundreds of these tiny tapeworms and may go on for months or years without manifestation of any symptoms. Sometimes, Echinococcus eggs can be difficult to detect on fecal examinations, and what's more, even if they are identified, differentiating from Taenia eggs is rather difficult. However, fecal examinations are still the best way of identification of Echinococcus infection.

Dogs (mostly working, outdoor, and herd dogs) contract the pathogen when they consume contaminated viscera of infected animals (for ex., goats, sheep, camels, pigs, or cattle). In the dog's intestine, the hydatid cysts mature into fully developed tapeworms (metacestode). In turn, dogs shed eggs of tapeworm in their stool which contaminates soil, water, and pasture.

Humans are affected when they come in direct contact with the infected canines or accidentally consume contaminated food, soil, or water.

Commonly used intestinal parasitic medications are praziquantel, fenbendazole, nitroscanate, and epsiprantel. They have relatively few side effects and are well-tolerated by most dogs.

Echinococcus eggs remain dormant in the soil for several months to years. Eggs can also get trapped in the fur of infected animals. The hatching of eggs in the intermediate host’s intestine discharges spheres that have tapeworm larvae (called oncospheres). The spheres infiltrate the lamina propria of the intestine and are passively transported via the bloodstream to various organs, such as the lungs and liver.

The spheres develop into parasitic cysts in these organs and are called cysticercus, cysticercoid, hydatid cyst, or alveolar cysts, depending on their morphology. These cysts have an outer laminated layer and an inner germinal layer enclosed by a fibrous capsule obtained from the host. The inner cellular layer generates smaller "daughter" cysts bud. The resultant infection is known as echinococcosis.

Echinococcus is a destructive disease with a high case fatality rate in dogs and leads to long-term complications. If the lungs are involved, the mortality rate will be higher.

The prognosis for Echinococcus is really good. Most dogs undergoing treatment will recover within a few weeks. The chances of recovery of Dogs that have disseminated Echinococcus are guarded due to the damage to the vital organs. If left untreated, severe cases of Echinococcus can be fatal for dogs, so head to your vet immediately.

While echinococcosis is caused by zoonotic parasites and it can be passed between humans and animals, it is less likely if you practice good personal hygiene.

For cases with localized infections, the prognosis is generally good. About 25% of affected dogs relapse once treatment is finished.

The prognosis for systemic echinococcosis varies inversely with delay in detection, severity, and evidence of the failure of vital organs.