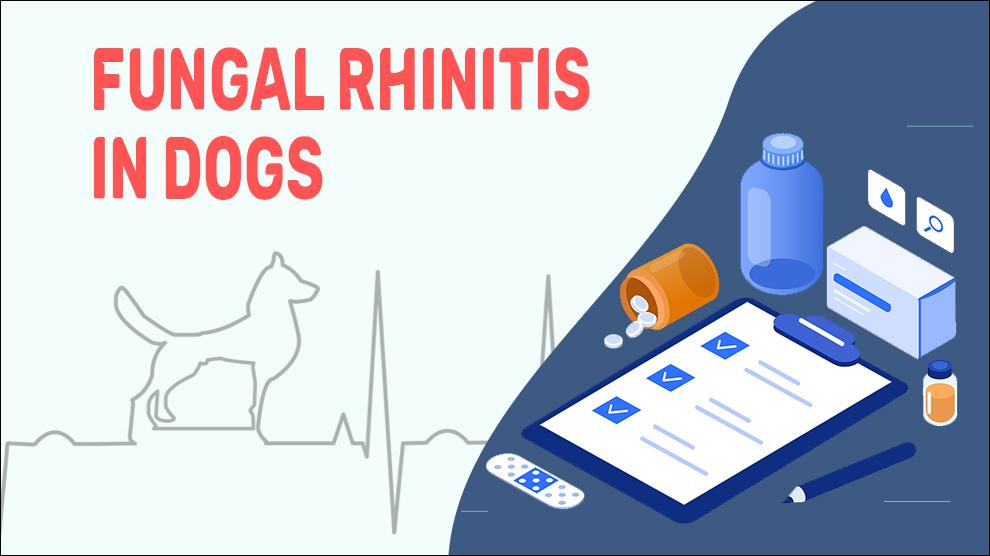 What Is Fungal Rhinitis In Dogs?

Aspergillus species has more than 180 types of lacy, fluffy molds that occur extensively in the outdoor and indoor environment.

Viewed under the microscope, Aspergillus looks like a fine-looking flower. The fungus sheds microscopic spores (called conidia) that float in the air to infect a host when inhaled or colonizing organic matter.

There are two common types of canine Aspergillus infection:

Meanwhile, there have been up to eight genotypes recognized of Cryptococcus, including Cryptococcus neoformans and Cryptococcus gattii. VN I, a type of c. Neoformans are the type that most commonly infects dogs.

Dogs contract infection after breathing in the infective spores of fungus in the environment. After infection, the organism transforms to yeast at normal canine body temperature and begins to infect the lungs, and spread systemically.

Symptoms Of Fungal Rhinitis In Dogs

This requires long-term medications (2-6 months in most cases).

Amphotericin B (Abelcet -The Liposome Company) is the "gold standard" of antifungal drugs.

ketoconazole (less expensive than the other azole antifungals) or a combination of medications may also be used in certain cases.

How To Prevent Fungal Rhinitis In Dogs?

All breeds are susceptible although highly prevalent in ‘dolichocephalic’ dogs (dogs with long noses).

Aspergillosis is rare in dogs under the age of 1 year.

Causes And Types For Fungal Rhinitis In Dogs

Fungal rhinitis is not a lethal disease but it leads to long-term complications. If the central nervous system is involved, the mortality rate will be higher.

The prognosis for fungal rhinitis is really good and it depends on the age and overall health of the dog. For cases with localized nasal aspergillosis, the prognosis is generally good.

The prognosis for systemic aspergillosis varies inversely with delay in detection, severity, and evidence of sinus destruction.

When To See A Vet For Fungal Rhinitis In Dogs?

It’s better to set up an appointment with your veterinarian if you notice:

Generally, the diagnosis of fungal rhinitis could be confusing considering the symptoms are similar to a sinus infection. Treatment of fungal rhinitis is dependent on proper identification. For cases with localized infections by Cryptococcus neoformans, the prognosis is generally good. About 25% of affected dogs relapse once treatment is finished.