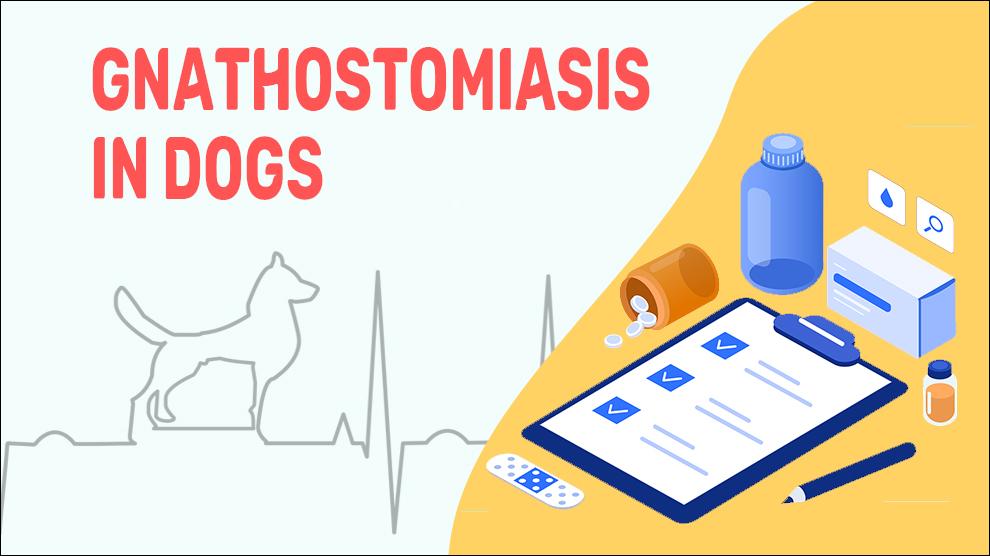 What Is Gnathostomiasis In Dogs?

Gnathostoma has an intricate life cycle. Gnathostoma Nematodes need one definitive host and two intermediate hosts to complete their life cycles. The fully developed worm resides in a tumor-like mass in the gastric wall of the stomach of a carnivore (dog, cat, tiger, or leopard) and releases unembryonated eggs in the feces. These microscopic eggs will go out of the animal through the feces.

When these eggs reach a water source, eggs will become free-swimming, embryonated first-stage larvae (L1). The L1 is then ingested by the first intermediate hosts such as a water flea or freshwater copepods (Mesocyclops and Eucyclops) where they can continue to develop and grow into second-stage larvae L2. When a second intermediate host such as a tadpole or a fish consumes a water flea that has larvae L2, the larvae will migrate into the new host’s muscular tissue and develop into L3.

Fish that are infected are transported or paratenic hosts are ingested by another host (bird, fish, turtle, or frog) and the larva will continue to develop in this new host. Actually, the larva transfers from many hosts in the water until a dog eat an infected intermediate host.

In the definitive host, they burrow into the abdominal cavity, liver, and connective tissues after penetrating the gastric wall. They produce an inflammatory response after their arrival in the gastric wall after 4 weeks and develop into adults in takes 6-8 months. the adult worm grows a nodule that can reach lengths of 20-50 mm. The worms mate after 8-12 months and eggs that are laid by the adult worm exit to the environment through the dog’s feces

Symptoms Of Gnathostomiasis In Dogs

Treatment Options For Gnathostomiasis In Dogs

Metronidazole is used for diarrhea.

Disinfectants such as chlorine bleach- diluted [one gallon of water] to treat the surfaces and premises safely.

Home Remedies For Gnathostomiasis In Dogs

How To Prevent Gnathostomiasis In Dogs?

Causes, Diagnosis, And Prognosis For Gnathostomiasis In Dogs

When the intermediate hosts are consumed, the encysted, infectious larvae in the transport hosts undergo excystation in the stomach of the appropriate, definitive animal (dog). The adult worm resides in a tumor-like mass in the gastric wall of the stomach of the dog with an aperture that connects to the gastric lumen. They release unembryonated eggs in the feces 8-12 months after ingestion. These microscopic eggs will exit the dog through the feces.

The prognosis for gnathostomiasis is really good. Most dogs undergoing treatment will recover within a few weeks. The chances of recovery of Dogs that have disseminated Gnathostomiasis are guarded due to the damage to the vital organs.

When To See A Vet For Gnathostomiasis In Dogs?

Food Suggestions For Gnathostomiasis In Dogs

With continuous research about infectious diseases ongoing nowadays, our understanding of Gnathostomiasis can only become expansive.

When your dog is infected with Gnathostoma, you only have to be concerned about the infection to other dogs. Although direct transmission is not possible, practice good hygiene and isolate the dogs to curtail environmental transmission.