Lyme disease in dogs occurs if your dog is affected by a tick bite.

However, when this disease hit a person initially, it was felt that certain ticks only transmit the disease. Now, greater awareness exists among many people that various ticks can spread the disease.

How Is Lyme Disease Caused?

Lyme disease is also called Lyme borreliosis. It is a bacterial illness where the ticks serve as the carrier for the bacterium Borrelia burgdorferi from the host’s (Pets or humans) external environment.

Once the bacteria are released in the bloodstream of the hosts, or dogs in this case, they move freely in the body and cause illness.

Lyme disease bacteria’s entry into the dog’s bloodstream will consequently radiate to other body parts and localize in the joints.

Deer Tick is the primary carrier of Lyme disease. Another critical point to know, the bacterium sits on the gut of a western black-legged tick and a deer tick.

Is Lyme Disease In Dog Contagious?

Lyme disease transmission happens when an infected tick feeds a mammal, a dog, or a person. These ticks look tiny, similar to that of grain sand or a sesame seed.

This disease does not discriminate regarding inflicting dogs (i.e., based on size, age, and breed). Dogs that move in areas where more ticks fly will be more prone to Lyme disease.

Hence ticks, once discovered, must be eradicated. However, infected dogs are not a direct source of transmission to humans.

But in case you and the other pets you own have been with your pet outside in the same environment, while walking amidst the tall grasses or thick marshes, it is essential to get yourself, and your other pets tested.

Puppies Are Innocent And Have The Bad Habit Of Eating Non-Edible Things. Discover Pica In Dogs And Learn Why Do Dogs Chew Everything?
Read More
Back to Index

Lyme disease could cause mild to severe symptoms. The signs could be similar like it is for some other conditions. It is possible that the symptoms would not be seen on several dogs despite suffering infection for many months. 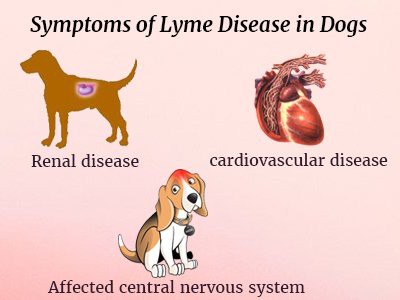 A dog with clinical illness due to Lyme disease could face symptoms of fever, lameness, enlarged lymph nodes, and lethargy. A dog develops the clinical condition within 2 to 5 months after being inflicted with infection.

There are two tests currently available to determine how long your dog is suffering from this disease-inflicted infection. If a positive result comes out from the screening test, you take the dog to a vet.

The veterinarian will give you suitable advice regarding treatment for your dog, if needed or not. Generally, vets advise annual screening tests for detecting this disease to people who live in high-risk areas like Massachusetts. 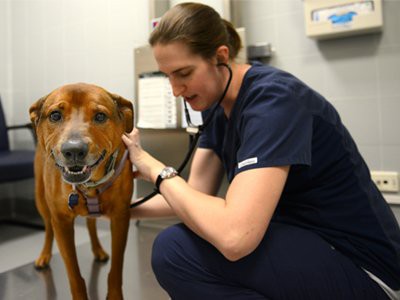 Based on research, many dogs seem to have entirely recovered after undertaking treatment with antibiotic medicines like Amoxicillin or Doxycycline. The earlier the treatment is given to a dog it can be cured quickly.

In severe cases, dogs can suffer from kidney disease that can turn critical, become incurable, and cost its life. Other high-risk disorders like heart disease and damage to the central nervous system also could occur.

Malassezia Dermatitis In Cats And Dogs – Signs And Treatments

Malassezia Dermatitis Is A Condition Linked To Rising Numbers Of Malassezia Yeasts. This Causes Pruritus And Dermatitis In Dogs And Cats. Check Out.
Read More
Back to Index

Lyme bacteria enter the body and settle in collagen-rich sites. The bacteria operate by feeding on collagen and causes inflammation.

As the collagen is broken causing a lowered immune response, the organs that defend the dogs against the Lyme bacteria gets deteriorated.

It is clearly understood that to treat Lyme disease, three systemic actions must occur in the affected dog’s system.

Some of the herbal remedies that can be used for the targeted treatment of the above-mentioned conditions are:

Teasel, Astragalus, and Ledum are other available alternative herbal products that can be fed to dogs to treat symptoms of Lyme disease in dogs. Most of the time, essential oils can help in the cure.

These essential oils have antibiotic nature and are rich in volatile plant compounds that aid the reduction of the symptoms. Some of the most effective oils in the treatment of Lyme disease in dogs include cinnamon bark oil, clove oil, and oregano oil.

Also in various research, garlic oil has proven to be the best against the encysted bacteria causing Lyme disease in dogs. However, it is highly advised to use essential oils under professional guidance.

The chronic symptoms of Lyme Disease if noted properly can be treated with antibiotics and also using other alternative therapies available.