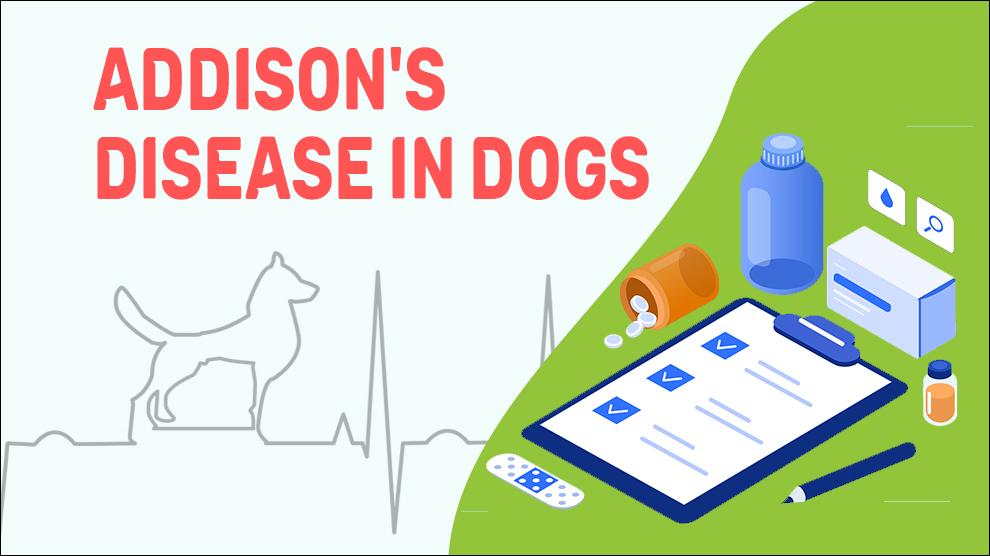 What is Addison's Disease In Dogs?

Addison's disease (hypoadrenocorticism) is an autoimmune disorder caused by deficient production from the outer part or cortex of the adrenal gland resulting in the lack of glucocorticoids, mineralocorticoids, or both.

Symptoms Of Addison's Disease In Dogs

Prevention Of Addison's Disease In Dogs

When To See A Vet For Addison's Disease?

For a condition like Addisons disease, don’t skip regular vet visits, your dog’s yearly veterinary check up is not something to be missed.

Once dogs are well regulated, evaluate them at least 2 times each year, with routine bloodwork and a physical examination.

Canine hypoadrenocorticism is often referred to as the great imitator as it presents with nondescript signs and rarely pathognomonic. Although it is uncommon in dogs, pet owners should consider the diagnosis with the proper signalment and clinical signs. Identification and proper treatment can be highly successful, often long-term, and results in an excellent longterm prognosis.