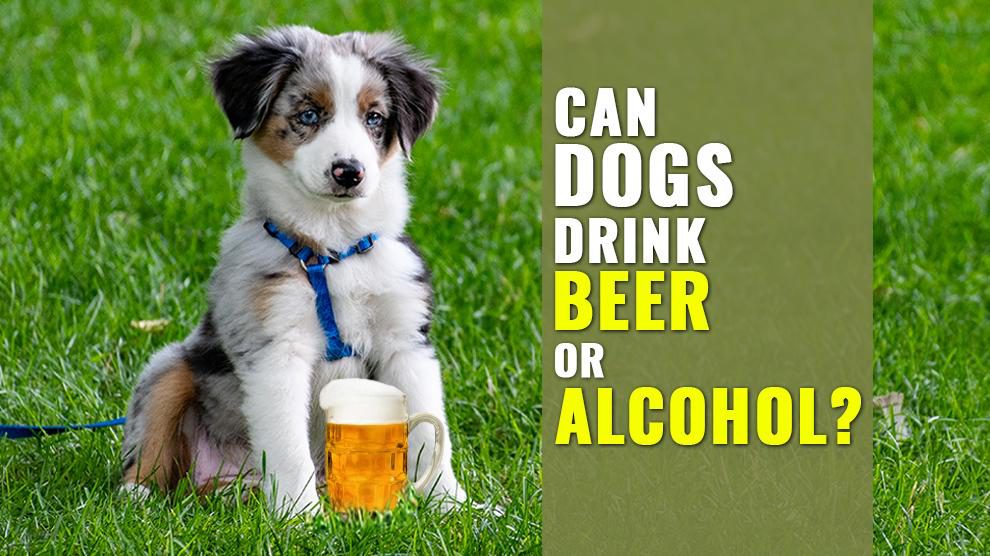 We understand. Your love for your dog drives you to let him enjoy everything with you or maybe your pet got tipsy with an undesirable punch without you noticing?

So… can dogs drink beer?

Any alcoholic drink can be fatal for your pet in any quantity. It will definitely make your puppy very sick. That’s why we want you to understand why beer is unsafe for your lively little pup.

You want to know – the Toxic ingredients in beer for dogs, Can dogs drink other alcohol drinks? Can dogs drink wine? What should I do if my dog had a few sips of beer and becoming sick?

Wait… no worries. Check the Video & read more into the article below. 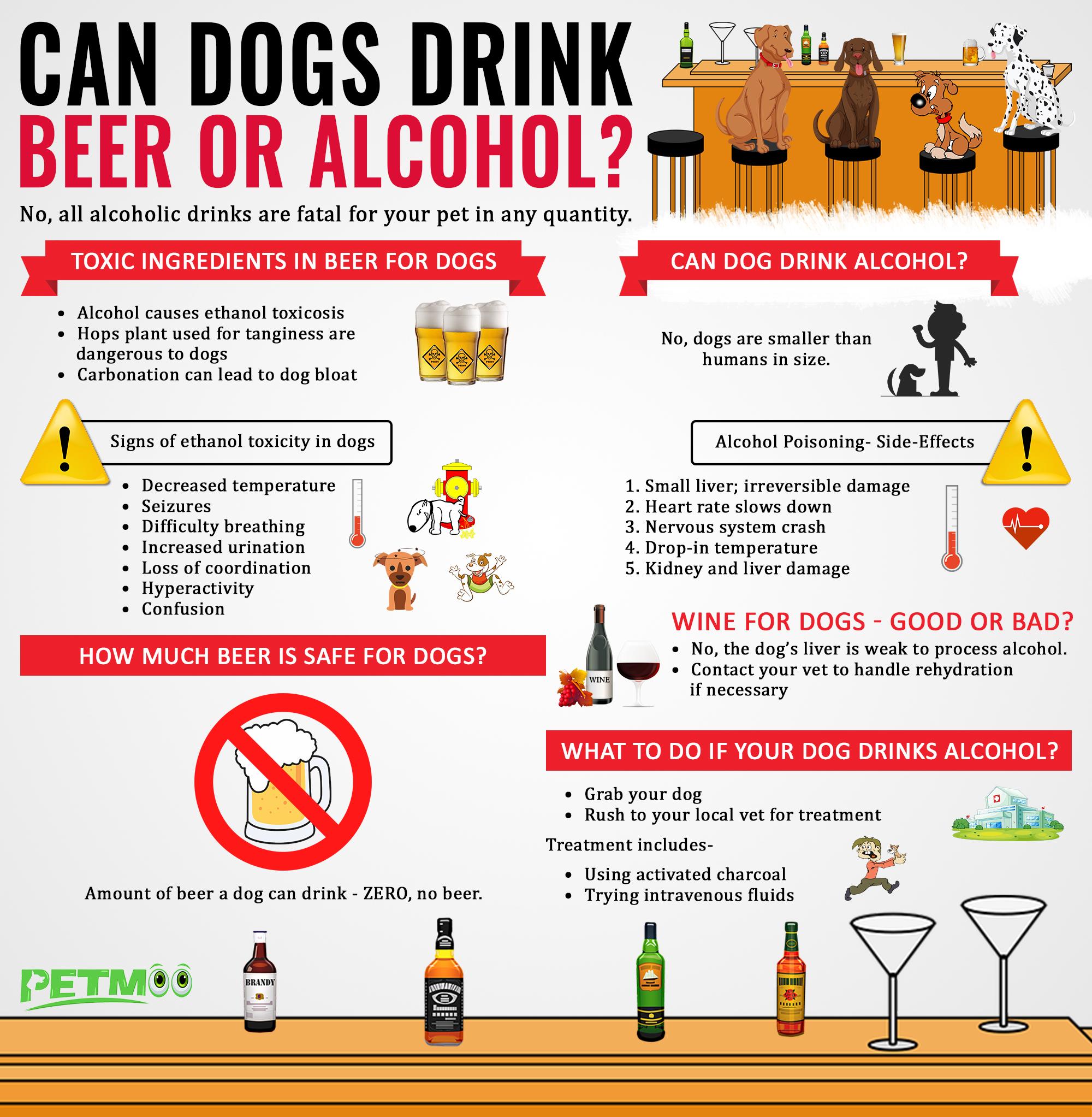 Toxic Ingredients In Beer For Dogs

When answering, “Can dogs drink beer or alcohol?” the two reasons for a ‘No’ are — the potentially toxic ingredients in the beer and the dogs’ physical intolerance.

The major reason why dogs shouldn’t ever drink alcoholic beverages, in any configuration, whether its beer, a cocktail, or your most trusted brand of bedtime cough syrup, dogs are at risk of a serious health problem, ethanol toxicosis (alcohol poisoning).

Your dogs can’t process or metabolize ethanol very well. This can lead to a host of scary things like confusion, hyperactivity, loss of coordination, increased urination, difficulty breathing, decreased temperature and seizures.

Moreover, the key constituents involved in making traditional beers can be just as damaging as the alcohol itself.  For instance, carbonation can potentially throw in a dangerous condition known as dog bloat.

That is an overload of gasses makes our pets’ sensitive tummies to swell and cut off vital blood supply.

What’s more, Hops, which are the female flowers of the hop plant (humulus lupulus), used mainly to add a bitter tanginess to beer and also used as a stabilizing agent are also quite hazardous.

If he consumes too much of beer then he is prone to suffer from bad health concerns like diarrhea, vomiting, blood acidity irregularities, and seizures.

How much beer is safe for dogs?

Alcohol poisoning is dosage-dependant (Just like any other toxicity). That means the quantity consumed per pound of body weight determines how toxic the effects will be.

For instance, if a 6 Lb Yorkshire terrier licked a shot of vodka off the floor, he would be in far more danger than if a 76 Lb Labrador consumed the same amount.

So, the ideal amount of beer (not the non-alcoholic dog beers) for a dog to consume is ZERO – well, no beer. 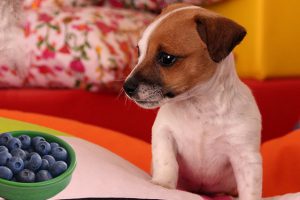 Can Dogs Eat Blueberries? Learn The Health Benefits of Blueberries, How to Feed Blueberries to Your Dog? & A Simple Blueberry Dog Treat Recipe!
Read More
Back to Index

Can A Dog Drink Alcohol?

The baby rule is applicable when it comes to dog alcohol consumption: NO.

But why is alcohol very dangerous for dogs?  The main thing is, they are much smaller than humans.

And toxicity is proportionate to body mass. Can you guess the kind of destruction it produces on your pitiable dog’s system? 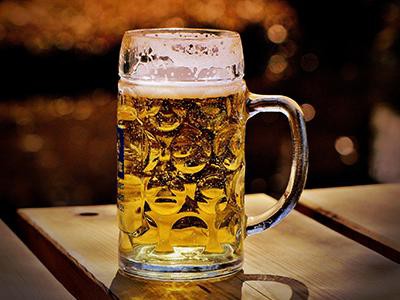 Liver damage- which may be irreversible and can be fatal.

2. Your dog’s nervous system – in disarray

There are severe neuropathologic effects on the pet. He will stall down and feel dozy. He can not do any normal activity with coordination. If he took a larger amount of alcohol, you will notice a severe crash of the nervous system; his breathing and heart rate will slow down.

So that’s it? The worse is yet to come…

3. There will be a severe drop in his body temperature.  This will lead to a worst and risky blood chemistry condition called metabolic acidosis. Your dog’s blood becomes too acidic. There will be possible seizures. Sadly, that’s not all…

4. If he is not immediately rushed to the hospital and given treatment, next is death due to cardiac arrest.

5. Even if your dog survives, there will significant liver and kidney damage with a major set back in health.

Even a commonly larger breed such as the Labrador retriever cannot be saved.

Wine For Dogs - Good Or Bad?

A “big” no-no. There’s no variety of alcohol that’s actually safe for your dog. You may know a dog owner who gives his pets a few sips of “relaxation wine” without any adverse effects, but it’s always safer to keep wine away from dogs and cats.

What if your dog had more than a few sips of wine? Be ready with your vet’s number. Your pet may need rehydration measures, IV treatment, and close monitoring. 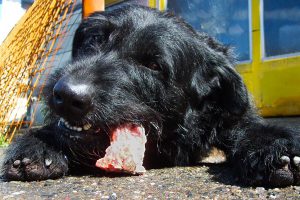 Can Dogs Eat Beef? Learn The Health Benefits And Nutritional Facts Of Beef, Ways To Feed Beef To Dogs, And Treatment For Beef Allergy.
Read More
Back to Index

What To Do If Your Dog Drinks Alcohol?

Regrettably, human blunder is the major cause of dog alcohol toxicity.  It could have been the result of an insensitive dog owner might have shared their beer with their dog without even realizing how dangerous it can be for the pet.

Sometimes, it may be your dog’s fault. Dogs are nosy creatures and always, they’ll get into things they shouldn’t. But then also, its the insensitive owner who has left the beer out where the puppy can get into.

So what should I do?

Grab her, jump in the car and drive off to your vet or the nearest emergency veterinary hospital.

There is currently no agreed-upon recommendation for alcohol poisoning in dogs so your quick action can fend off dangerous and life-threatening symptoms via medication, intravenous fluids, activated charcoal etc.

Irreversible effects are possible. And… deeply lamentable consequences. You will be so wasted and even hair of the dog will not make you feel better.

Get hooched up with your human pals, shut out your pooch.  Your Dogs like you, they like to get into whatever you’re doing, and they don’t know what’s good for them and what isn’t

Kindly, don’t downplay the alcohol dangers for dogs. No alcohol!