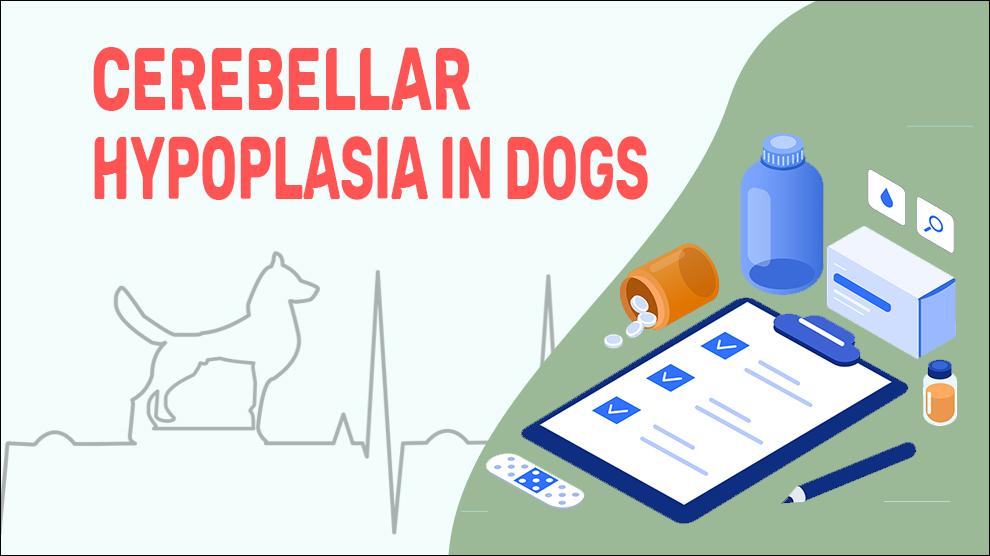 Hypoplasia means shortened or underdevelopment of an organ or apart. Cerebellar hypoplasia (aplasia) in dogs is an autosomal, recessively inherited, morphological cerebellar abnormality in which the dog's cerebellum is not completely developed or smaller than usual. This happens when pregnant dogs are vaccinated against or infected by specific infectious diseases as cerebellar germinal cells and neurons are destroyed in utero.

This is in contrast to cerebellar abiotrophy, which represents a collection of postnatal syndromes that are progressive. They usually involve thinned cerebellar folia and a primary loss of Purkinje neurons. Mostly, the abiotrophy is noticed within the first few months of life, but in some dogs, it may not be seen for a few years.

The cerebellum is the part of the brain that is accountable for fine-tuning motor movements, eye movements, and maintaining a dog’s balance by detecting shifts in balance. Mostly, the condition is noticed within the first few weeks of life as the pet begins to be more active - jerky movements, tremors and Incoordination may indicate the condition.

There is no treatment for this disorder; however, the quality of life in affected dogs is not compromised when the pet owners understand the special needs of the dog. This disorder can look similar to other conditions, so it is essential to discuss the concerns about your pet with the veterinarian.

There is no specific cure for cerebellar hypoplasia but it can be treated to relieve symptoms.

Proper treatment and careful home care can help dogs with hypoplasia maintain a quality of life for a reasonably long time.

Young dogs have the highest mortality rate as they are unable to get nursed. Although there is no cure, cerebellar hypoplasia is usually not fatal.

There is no cure for cerebellar hypoplasia. This is a congenital, non-progressive neurodegenerative disease. Treatment is usually supplemental and is based on the dog's symptoms.

Although Cerebellar hypoplasia is not curable, most pets require months of medication and special feeding. Dogs may require physical therapy depending on the severity of the disease. Physical therapy is done to enhance muscle strength. With the right supportive care and medications, pets can live a longer, quality life.