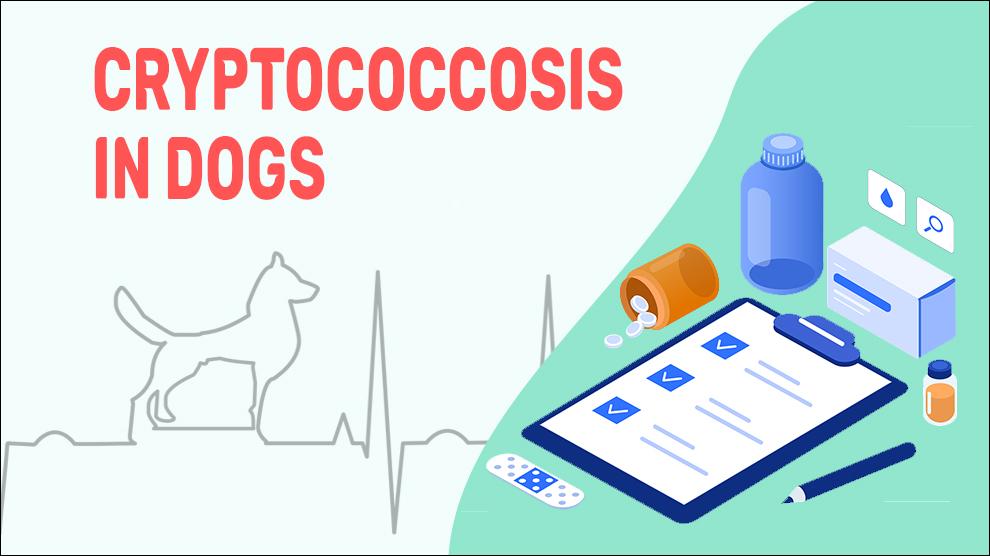 Cryptococcosis appears most commonly in certain geographic locations having moist, acidic soil that is rich in organic matter. (E.g. rotting logs and vegetation), areas with heavier rainfall and bird droppings (particularly those of pigeons).

Dogs contract infection after breathing in the infective spores of fungus in the environment. After infection, the organism transforms to yeast at normal canine body temperature and begins to infect the lungs, and spread systemically.

Cryptococcosis occurs more frequently in cats and the disease is rarely reported in dogs. The tendency for the dogs to poke their noses in the soil or follow a scent trail may play a role in infection. Airborne fungal spores of contaminated soil get disturbed and the dog inhales the spore. Cryptococcosis from dogs to humans is not yet reported.

Ketoconazole (less expensive than the other azole antifungals) or a combination of medications may also be used in certain cases.

Work with your vet to find the optimal dietary plan for your dog.

Home remedies such as herbs, diet, and exercise will depend on your dog's age and stage of the disease they are in.

Proximity to water bodies is a significant risk factor for affected dogs.

Cryptococcosis is considered an opportunistic pathogen, and dogs that have suppressed or compromised immune systems are highly susceptible.

The dimorphic fungi shed microscopic spores that float in the air and when inhaled, they sometimes evade or bypass the dog’s protective respiratory mechanisms and can cause disease.

Systemic Infections: The fungus enters the respiratory tract and via the bloodstream, travels to other organs such as the nervous system, bone, muscle, heart, etc. This creates more severe systemic or generalized fungal infection.

Cryptococcosis is a destructive disease with a high case fatality rate in puppies and leading to long-term complications. If the central nervous system is involved, the mortality rate will be higher.

The prognosis for Cryptococcosis is really good. Most dogs undergoing treatment will recover within a few weeks. The chances of recovery of Dogs that have disseminated Cryptococcosis are guarded due to the damage to the vital organs. If left untreated, severe cases of Cryptococcosis can be fatal for dogs, so head to your vet immediately.

While the possibility to get cryptococcosis from your dog is potentially not possible, it is less likely if you practice good personal hygiene.

For cases with localized infections, the prognosis is generally good. About 25% of affected dogs relapse once treatment is finished.

The prognosis for systemic cryptococcosis varies inversely with delay in detection, severity, and evidence of the failure of vital organs.