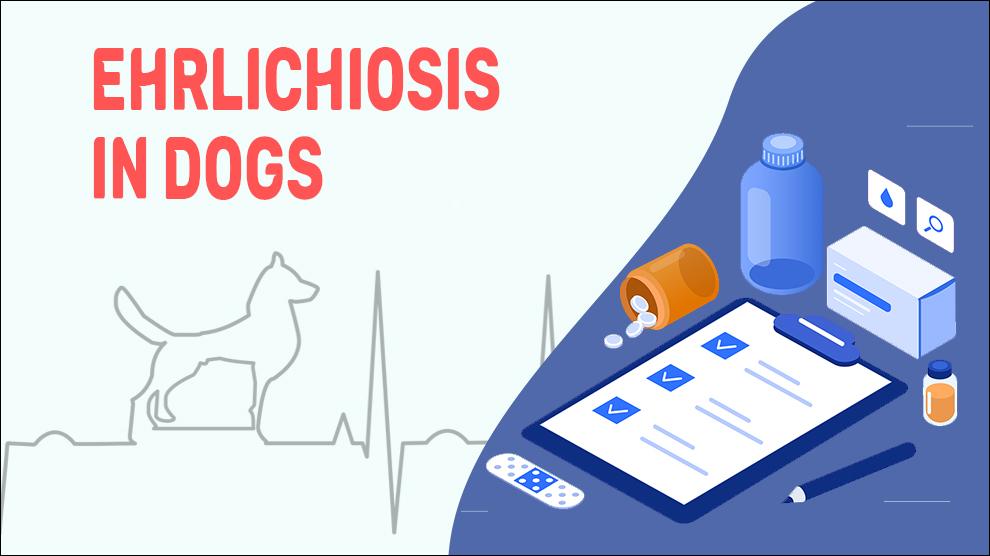 Ehrlichiosis is a life-threatening zoonosis caused by the rickettsial agent Ehrlichia canis and the most common causative agent is Ehrlichia canis (E. canis). Not only E. canis, but other sunspecies of the bacteria are also suspected to be involved in ehrlichiosis in dogs. Reportedly ehrlichiosis, anaplasmosis, and Borreliosis are the emerging zoonosis, which presents ownership risks for tick-infested pet dogs.

The main vector of the Ehrlichia organism is the dog brown tick (R. sanguineus). Many tick species have also been documented to spread the disease in dogs and may host other strains of Ehrlichia.

Although Ehrlichiosis is not considered a zoonotic pathogen, the possibility to infect humans cannot be ignored. As of now, Humans can contract ehrlichiosis from tick bites. While dogs cannot transmit the disease directly to humans, infected dogs serve as warnings or sentinels to get on the alert about the presence of infected ticks in the region.

Doxycycline is the drug of choice (5–10 mg/kg/day, PO or IV). Most dogs respond within 24- 48 hours after they first take doxycycline.

Analgesia and anti-inflammatory drugs may be needed for joint pain.

Dogs with cyclic thrombocytopenia would be treated with platelet or whole-blood transfusions as needed, especially for extensive hemorrhage.

What are common stops of ‘tick trail’ in dogs?

There is no confirmed breed predisposition.

The sub-clinical stage: This has no obvious symptoms even though the infection is still present. The dog’s immune system may be able to eliminate the disease during this stage.

The chronic stage: The acute stage is followed by the chronic stage and this is the most serious stage of the infection. During this stage, the canine may suffer from non-regenerative anemia and have low white-blood-cell counts. The affected dogs may experience Hemorrhagic diathesis, hemorrhagic nasal bleeding, and kidney disease. The bacteria may also spread into the organ tissues, especially those of the lung, bone marrow, lymph nodes, spleen, and liver.

When the infection occurs only in the blood or if it is identified in the starting stage, it is usually cured with standard treatments. Disseminated and chronic Ehrlichiosis can be really fatal.

The prognosis for Ehrlichiosis is really good. Most dogs undergoing treatment will recover within a few weeks. The chances of recovery of Dogs that have chronic Ehrlichiosis is guarded due to the damage to the vital organs. If left untreated, severe cases of Ehrlichiosis can be fatal for dogs, so head to your vet immediately.

Sometimes, dogs with Ehrlichiosis may be asymptomatic, but if the dog has symptoms, they usually appear a week or two after being bitten by an infected tick. If left untreated, severe cases of Ehrlichiosis can be fatal for dogs, so head to your vet immediately.