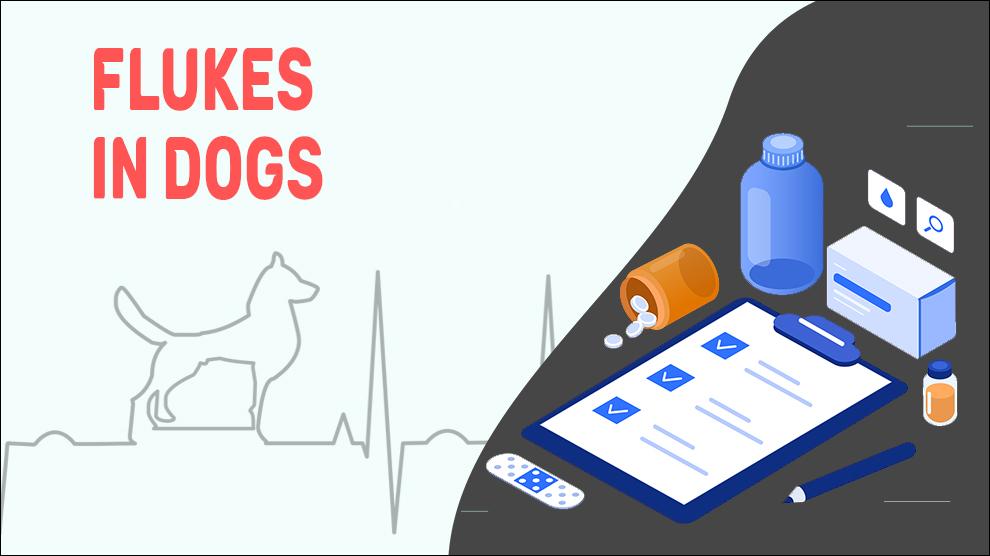 What Is Flukes In Dogs?

Flukes are a zoonotic, parasitic infection caused by Trematodes flatworms of the genus Trematoda. Trematodes commonly known as flukes or flatworms infect many species worldwide. The term ‘Trematodes’ is derived from the Greek word ‘trematos’, which means ‘pierced with holes’, referring to the attachment and “sucker” nature of the pathogens.

Based on the primary system they affect, Trematodes can be classified into 3 types: pulmonary, Hepatopancreatic flukes, and gastrointestinal (GI). The pathophysiology and epidemiology of the digenetic flukes that infect dogs are complex and varied.

Trematodes that infect dogs have indirect life cycles. To reach the adult stage of development, they require 1 or 2 intermediate hosts and they are reliant on water access. Pre-patent periods are species-centric and it is an average of 2 weeks. The trematodes shedding their eggs in the feces of the infected dog (definitive host) begin the life cycle.

In the definitive host, the eggs are formed by sexual reproduction and can be identified by their operculum (brown shells and a small-cap). They hatch to a fully developed, free-swimming ciliated form in water called the miracidium. The emerging larval form penetrates the primary intermediate host, which is usually a snail of the Pomatiopsis genus. At the site of penetration, it develops into a sac-like structure called sporocyst, and encapsulated larva develops and it is called a redia. After about six to seven weeks in the first intermediate host, a cercaria is formed through asexual reproduction and it is geared up to infect the second intermediate host.

Symptoms Of Flukes In Dogs

Flukes symptoms vary depending on the affected location

Treatment Options For Flukes In Dogs

Commonly used intestinal parasitic medications are praziquantel, fenbendazole, nitroscanate, and epsiprantel. They have relatively few side effects and are well-tolerated by most dogs.

Hepatopancreatic flukes: praziquantel (10 to 30 mg/kg, one dose PO or SC).

Home Remedies For Flukes In Dogs

Prevention Of Flukes In Dogs

There is no confirmed breed predisposition.

Additional Facts For Flukes In Dogs

Untreated Canine flukes have a high case fatality rate in dogs and lead to long-term complications. If the lungs are involved, the mortality rate will be higher.

The prognosis for flukes is really good. Most dogs undergoing treatment will recover within a few weeks. If left untreated, severe cases of flukes can be fatal for dogs, so head to your vet immediately.

When To See A Vet For Flukes In Dogs?

Food Suggestions For Flukes In Dogs

The prognosis for systemic flukes is varies inversely with delay in detection, severity and evidence of failure of vital organs. For cases with localized infections, the prognosis is generally good.