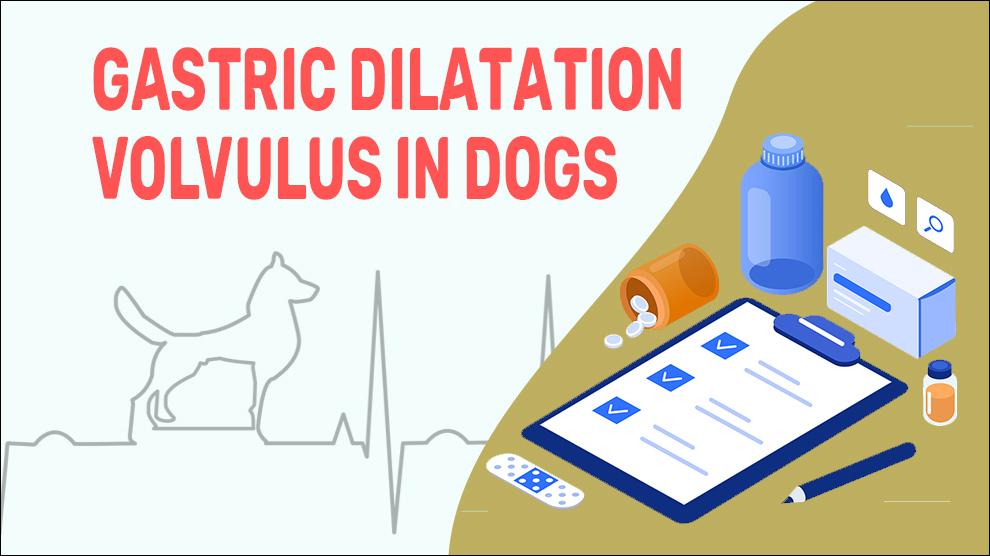 Gastric Dilatation and Volvulus (GDV) is a rapidly progressive, acute, fatal condition of dogs characterized by malposition and uncharacteristic twisting of the stomach on its mesenteric axis due to increased intragastric pressure, with subsequent distention and gastric gas accumulation.

Gastric dilatation (bloat) precedes volvulus development (torsion) and it is an effect of gas and fluid accumulation in the stomach either due to functional or mechanical disorders in the pyloric outflow.

The stomach distends and rotates around a clockwise direction in its long axis (the ventrodorsal perspective) about the distal esophagus, and dislodgment and occlusion of the duodenum and pylorus occur. This hinders the outflow of the esophagus and duodenum.

The dog breeds that are considered to be most at risk for GDV are Large and deep-chested dogs. Even small-and medium-breed dogs with a deep chest conformation, including Basset Hounds, Cocker Spaniels, and Shar-peis, can develop GDV. Mostly, the dogs are middle-aged to older as of the frequency of GDV increases with increasing age.

Gastropexy: The stomach wall is sutured to the diaphragm or abdominal wall.

Trocharization: Gastric decompression is done by inserting a needle on the left side of the abdomen i.e on the site of greatest tympany or greatest distention.

Pyloroplasty: This is a gastric drainage procedure done by breaching the pylorus to drain stomach outflow into the duodenum.

The outcome depends on the severity of GDV. If prompt medical attention is provided, then there is a good survival rate (>90%). Usually above 60% of dogs survive this disease.

As in many cases, the Gastric Dilatation and Volvulus etiology are often serious in nature and they should be dealt with immediately and efficiently. GDV is considered a medical emergency. Even with immediate care, the mortality rate is relatively high.