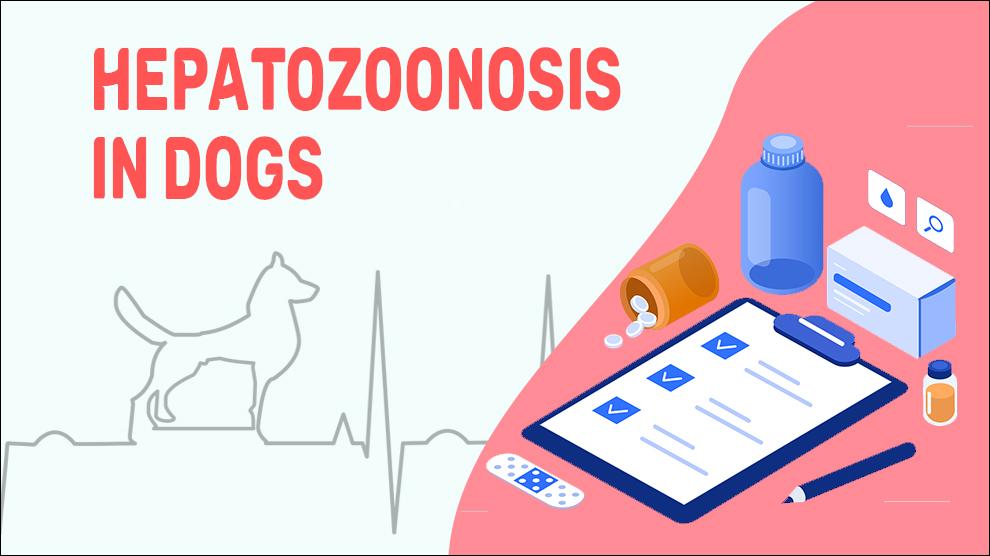 What Is Hepatozoonosis In Dogs?

Hepatozoonosis is a life-threatening, multisystemic disease caused by the protozoan called ‘Hepatozoon’. There are 2 types of Protozoa that causes hepatozoonosis: Hepatozoon americanum and Hepatozoon canis. H. americanum is more widespread throughout the Southeastern and Southern United States, while it has also been found in other places. Hepatozoon canis has been most common in tropical regions; however, it has been noted in other regions also.

Dogs obtain the infection by consumption of an intermediary or paratenic host (rodent or bird) that contains the tick at larval stages or ingesting an adult Gulf Coast tick. Sporozoites contained in the tick infect the dog by migrating through the gastrointestinal tract.

As a cystozoite (a cystic developing stage), the parasite remains dormant in dogs as they will host the disease for the rest of their lives. The offspring of the dogs also get affected by the infected ticks, allowing the spreading of infection to become endemic within a neighborhood tick population.

Dogs of all ages are susceptible to Hepatozoonosis infection but young puppies are at more risk. Clinical evidence now reveals that there are possible vertical transmissions too. Canine Hepatozoon species' zoonotic importance is still not documented. Though, the possibility of zoonotic transmission cannot be overlooked.

Symptoms Of Hepatozoonosis In Dogs

Treatment Options For Hepatozoonosis In Dogs

Home Remedies For Hepatozoonosis In Dogs

The short-term remedies or symptomatic treatments without diagnosing the type of hepatozoonosis infection often lead to the emergence of resistant infections.

Prevention Of Hepatozoonosis In Dogs

Additional Facts For Hepatozoonosis In Dogs

When the dog gets ingested with H. americanum oocyst by a Gulf Coast tick, the sporocysts are on the loose from within the tick and penetrate the intestinal mucosa of the intestine of the host. After which, they are carried by lymphatic vessels or blood to the dog’s lymph nodes, liver, spleen, skeletal muscles, bone marrow, pancreas, and lungs. When it gets mature and starts to reproduce, large cysts such as merozoites can cause a localized pyogranulomatous reaction at the site of infection and systemic illness.

H. canis infection is caused to the dog through the infected adult brown dog tick. The sporocysts penetrate the dog’s intestinal mucosa and then travel to other organs. Unlike ACH, H. canisdoes not usually cause inflammation of muscles or muscle cysts.

When the infection occurs only in the blood or if it is identified in the starting stage, it is usually cured with standard treatments. Disseminated and chronic hepatozoonosis can be really fatal.

When To See A Vet For Hepatozoonosis In Dogs?

Food Suggestions For Hepatozoonosis In Dogs

Tick exposure to most healthy dogs doesn’t always develop a tick-borne disease. But when it happens, early diagnosis and prompt treatment are more than enough.

Sometimes, dogs with hepatozoonosis may be asymptomatic, but if the dog has symptoms, they usually appear a week or two after being bitten by an infected tick.