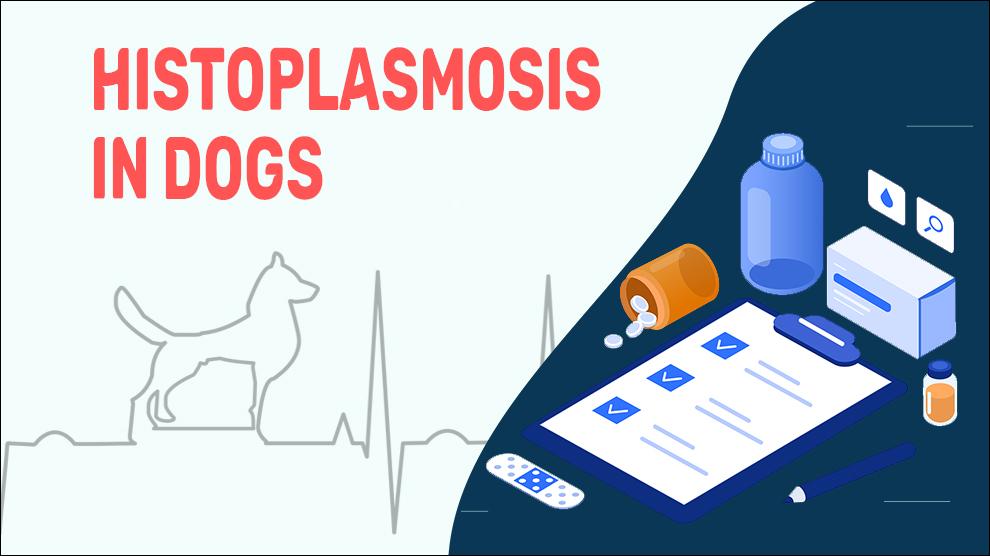 Histoplasmosis is an opportunistic, disseminated, non-contagious, granulomatous, fungal infection due to the environmental dimorphic fungus Histoplasma capsulatum. Dr. Samuel Taylor Darling first described Histoplasma in 1906 while he was doing an autopsy.

As of now, three genotypes are identified of Histoplasma, including Histoplasma capsulatum, H. duboisii (Africa), and H. farciminosum (horse pathogen).

The fungal infection of the mammalian hosts can be asymptomatic or it can cause life-threatening systemic disease, which can occur in immunocompromised or healthy hosts, although compromised cellular immunity results in more severe infection. Mammalian host cells are a perfect hunting ground for H. capsulatum yeast cells as they can successfully survive inside intracellular slots in phagocytic cells.

Inhalation of Histoplasma capsulatum fungus (hyphal fragments or microconidia) gives the entry of the fungus into the dog’s body. The fungus evades intracellular and immune-mediated defenses and reaches the alveoli in the respiratory system, where it transforms into a yeast form (this can occur both outside and inside of phagocytes). The favorable niche for reproduction and growth are intracellular spots, which may include the development of a state of latency within granulomas and/or dissemination. The central role in the pathogenesis of histoplasmosis is played by Host phagocytes, as they are the medium for dissemination, initially spreading to the lymph nodes and later on to other organs.

The pathogen’s ability to dodge the intensity of the host immune response and inflammatory responses determine the clinical presentation and severity of symptoms. The disseminated disease predominantly affects the gastrointestinal tract, integument, bone and bone marrow, eyes, liver, and spleen.

Treatment of histoplasmosis requires long-term medications (2 - 6 months in most cases).

Ketoconazole (less expensive than the other azole antifungals) or a combination of medications may also be used in certain cases.

Vulnerable dogs are those having compromised or suppressed immune systems.

The microscopic spores shed by this dimorphic fungus are found in the droppings of birds, bats, and soil.

They drift in the air and enter the dog’s body when they inhale the spores as they dodge or avoid the dog’s defensive lung mechanisms resulting in infection.

Pulmonary Histoplasmosis: When your dog breathes in the spores and this starts in the airway; this type of histoplasmosis does not infect any area or spread any further besides the lungs.

Systemic or Disseminated Histoplasmosis: This is typically ingested rather than inhaled; therefore, the fungus enters via the blood and passes through to other organs such as lymph nodes, liver, spleen, and GI tract, etc. This causes more severe generalized or systemic fungal infection.

Histoplasmosis is a disparaging disease in puppies with lasting complications and/or a high mortality rate. The disseminated infection has a high case fatality rate.

Visit the vet clinic immediately, if you notice -

Although transmission of histoplasmosis from the affected dog is not yet proven, the practice of personal hygiene is always the best method of prevention.

Once treatment is finished, less percentage of affected dogs suffer a relapse. The prognosis for generalized histoplasmosis is affected by the time of diagnosis, severity, and dissemination.