The Thyroid gland, a butterfly-shaped gland located on either side of the windpipe (Trachea) in the dog’s throat area does a mighty job for them. But hypothyroidism in dogs a major concern.

The thyroid hormone, thyroxine influential in key functions in the body like food metabolism, helping in brain function, providing resistance to infection and about hundreds of other biological functions.

However, it’s also prone to go on the fritz.

Almost 90 percent of cases of hypothyroidism in dogs is an autoimmune disorder called autoimmune thyroiditis. This happens when the body erroneously interprets its own thyroid gland and hormones as foreign threats.

The body then produces anti-thyroid antibodies to tear down the functional thyroid gland cells, and the hammering takes its toll gradually, which in course of time results in loss of thyroid function.

Meanwhile, Secondary hypothyroidism, which involves three glands – the thyroid, hypothalamus and pituitary gland that work in tandem with each other.

In addition, the pituitary gland gets its “commands” from the hypothalamus by secreting Thyroid Releasing Hormone (TRH) hence, these three glands have to work properly with appropriate input from the others.

The thyroid might be Ok, but it may not receive the messages it needs to function resulting in secondary hypothyroidism. 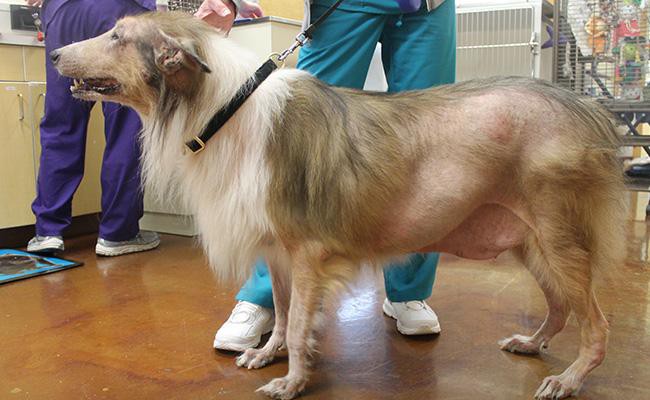 This also shows the increasing effects on dogs with predisposed genotypes gets affected more because of today’s pollution with exposures to chemicals, poor diet, toxins, pesticides, and herbicides.

There are no standard set of symptoms, but here are some to watch out for – weight gain, skin problems, hair loss, sluggishness, dislike of the cold and behaviour issues like unprovoked aggression, disorientation, sudden seizures in adulthood,  erratic temperament, depression, moodiness, fearfulness, compulsiveness, phobias and irritability.

Once you catch any of these symptoms in your dogs, you would probably consider getting your dog’s thyroid tested.

But, in fact, these classic clinical symptoms don’t manifest until 70 percent of the thyroid is previously damaged! And the damaged thyroid doesn’t regenerate.

So, rather than waiting for these symptoms to manifest, it’s really significant to identify the early symptoms that may indicate a damaged thyroid or early testing of a vulnerable breed.

When it comes to initial testing, Vet’s recommend to go for a complete thyroid antibody profile and not simply relying on a typical wellness panel because it is unsatisfactory and often is vague.

UTI In Dogs Can Lead To Grievous Consequences If Not Treated At An Early Stage. Know The Symptoms, Causes, Treatments And Prevention Tips.
Read More
Back to Index

Most importantly, Hypothyroidism occurs most commonly in purebred 3- to 8-year-old, mid to large-sized dogs. Intact dogs are comparatively safer than Neutered male dogs as well as spayed females.

Below is a list (not in order of prevalence) of the 10 dog breeds which are most affected. Remember, however, that breed alone is not a factor to consider hypothyroidism as a possible diagnosis.

Dogs of all breeds can be affected by hypothyroidism. We understand that you care so much about your dog; you want to take good care of her. No dog is genetically perfect!

In general, we can adopt a preventive health plan to look after and hopefully avert some predictable risks. 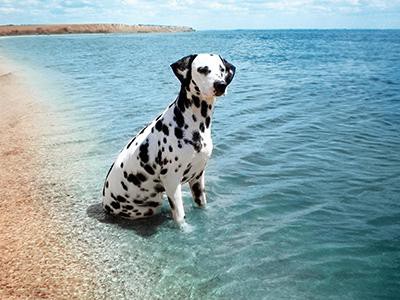 The statistics by Michigan State University’s Diagnostic Center for Population and Animal Health reveals that Dalmatians have a higher prevalence of hypothyroidism.

The varsity’s result reflects from the percentage of Dalmatian that tested antibody positive for hypothyroidism tested during the study.

According to another study based on thyroid test results submitted to the Canine Thyroid Registry at the Orthopedic Foundation for Animals through December 2012, Dalmatians are ranked sixth among all breeds for hypothyroidism. 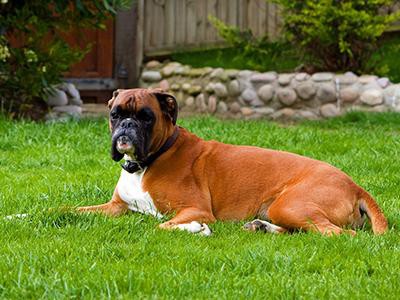 At the heart, Boxer is a peaceful dog and he is always protective of his family. But at the throat, a cut-throat always tramping in there, as in some studies it was found to be genetically predisposed to hypothyroidism.

There is no clear gender predilection for hypothyroidism, although few studies did note a greater risk for spayed boxer females. 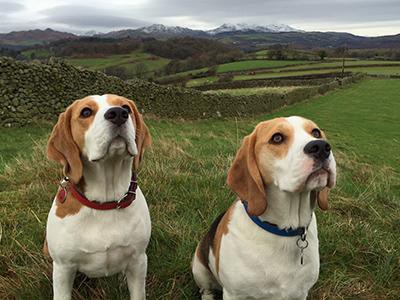 The loudmouths are one of America’s favorite dogs and Beagle is also one of the most susceptible dogs for thyroid gland disorders. 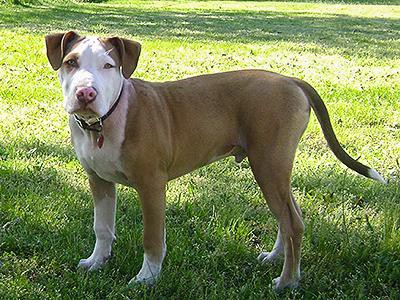 Pitbull breeds, in general, are prone to hypothyroidism.  This stocky and muscular canine may have a bad reputation for the shady behaviors but to their credit are a healthy breed generally.

And at the throat, there is a nemesis to behold. American Pit Bull Terriers have one of the highest incidences of hypothyroidism of all breeds. 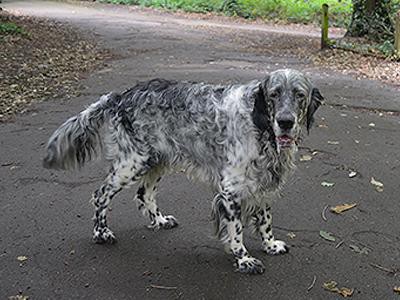 English Setters have the highest breed prevalence of Autoimmune Thyroiditis. Clinical studies suggest that hypothyroidism in this breed is caused by a single recessive gene, but this is not substantiated.

Michigan State University random population study in 2007 revealed that almost 31.4% of the English Setters are positive for thyroid antibodies.

The late onset of the disease combined with extremely high incidence makes managing the hypothyroidism a daunting challenge in English Setters. 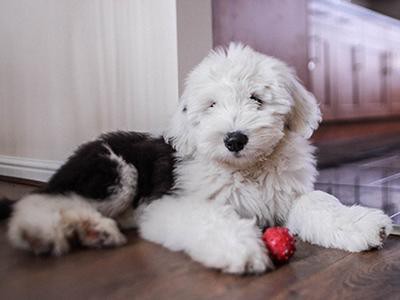 Also known as The Bobtail or Shepherd’s Dog, they are lesser known for goofy personality and better known for clumsy, lumbering gait.  Old English Sheepdogs can be prone to having an underactive thyroid which can cause weight gain and hair loss in extreme cases. 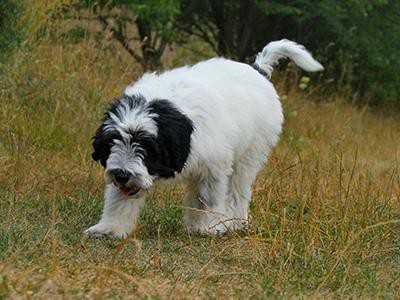 They are also called PONs (PolskiOwczarekNizinny) and looks like a shrunk, miniature Old English sheepdog. The Nizinnys are also prone to hypothyroidism. 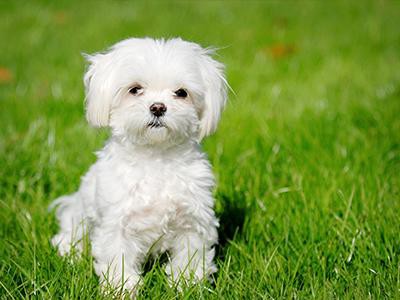 Based on samples received for thyroid testing at Michigan State University’s diagnostic center for Population and Animal Health, Maltese rank sixth among all breeds for hypothyroidism. 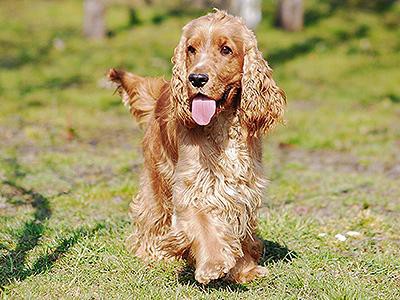 The wavy-haired ‘merry’ Cocker is also not spared. All the types of cocker spaniel breed dogs are genetically predisposed to hypothyroidism. 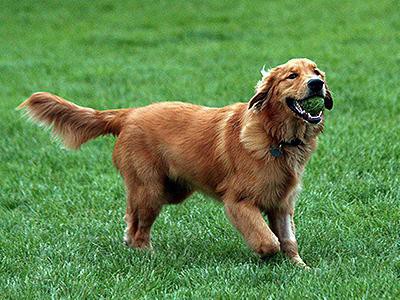 Golden Retrievers are the 4th smartest dog breed and the third most popular dog breed in America. We all know that the goldies couldn’t get any cuter but they are also genetically prone to hypothyroidism.