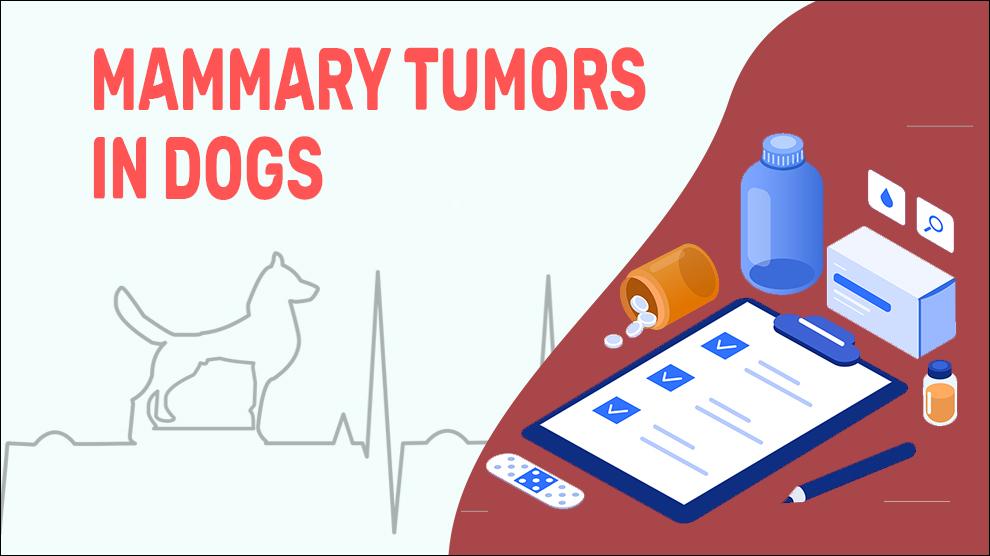 Canine mammary gland tumors (CMGTs) are common in female dogs that were either spayed after the first heat cycle or are not spayed at all. Mammarian carcinomas are malignant growths in the surface cells of mammary tissues of one or several of the teats.

Canine Mammary gland tumors are relatively heterogeneous in terms of biological behavior and morphology. Of all neoplasms in female dogs, the occurrence of mammary tumors is estimated at 50%, of which approximately 40% are malignant and 60% are benign. Mammary glands closest to the groin (fourth and fifth mammary glands) are most commonly affected. The mammary tumors usually affect older females with mean onset age is 8 - 11 years.

The neoplasms could appear as a soft or hard lump in the mammary gland area. At the start, it will be covered with hair and skin. Advanced tumors could rupture and resembles an abscess. As this is often occurring cancer in canines, it is essential for every owner to check out the mammary area for lumps regularly.

There are several different types of CMGTs, including primary cancers such as carcinomas being the most common. Carcinomas occur in skin (epithelial) cells of mammary glands, other cells found in the mammary chain, or tubules of the mammary glands. There are other metastatic cancers that can affect mammary glands (such as osteosarcomas).

As with any disease, the prognosis is dependent on the extent of the disease, its location, and the treatment chosen.

More importantly, follow the instructions given to you by your veterinarian. Follow up with thoracic and abdominal radiographs once in 2 months if any metastasis is indicated or monitor for recurrence.

Discuss home treatments with your vet to ensure they won’t mess with other medications.

The only way of prevention is by having your pet spayed (removal of ovaries) and this completely prevents the chance of this happening.

Spaying also prevents uterine infections, and accidental pregnancy and decreases the chances of mammary cancer by over 50%.

They are classified based on the action.

The asymptomatic nature, no apparent symptoms during the growth of the tumor or delayed onset of symptoms, and lack of proper screening results in the high mortality rate of mammary cancer.

When all types of mammary cancer are taken together almost 3 in 4 dogs' survival rate is at least 1 year after diagnosis.

Contact your vetright away, if you notice any of the following:

For dogs with mammary cancer, the long-term prognosis is generally poor, regardless of treatment. Dogs can have an improved quality of life for a period of time with proper treatment.