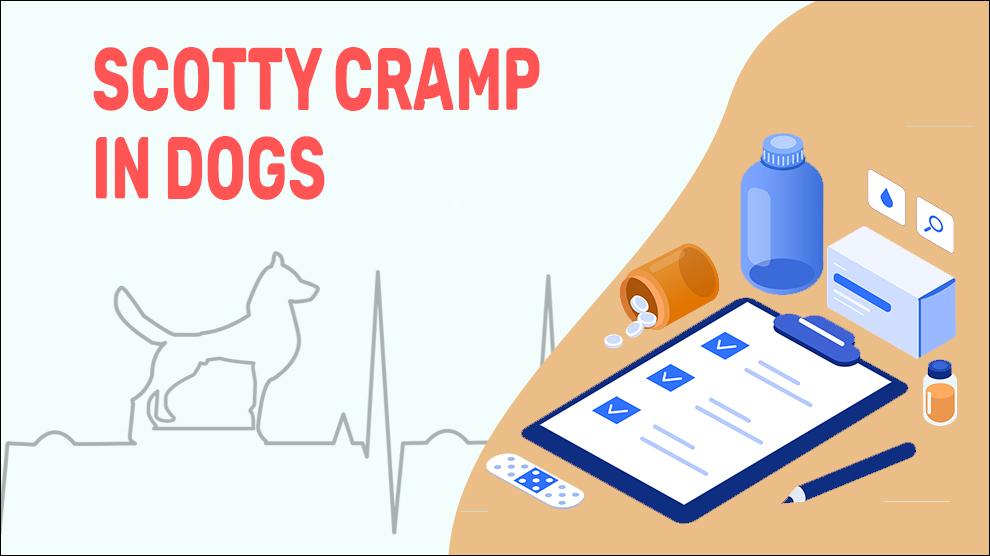 What Is Scotty Cramp In Dogs?

Scottie cramp is an autosomal-recessive, hereditary, neuromuscular disorder that affects a dog’s ability to move its limbs temporarily or intermittently. This affects Scottish Terriers (Scottie) and sometimes the West Highland White terriers, Cairn terriers, and Cesky terriers, especially those less than 18 months of age.

Actually, Scottie's cramps are not cramps; these hyperkinetic episodes are caused due to temporary loss of CNS coordination and the muscles collect “inaccurate” transmission of serotonin from the nerve cells. Neurotransmitter serotonin plays a key role in the movement as well as in muscle contraction.

In most dogs, the hyper­kinetic episodes are alleviated by a short period of rest, but the signs would rapidly resurface if the provoking factors are not removed. When the dog carries out physical activities for a longer time or becomes excited, the level of serotonin transmitted to the muscles is not high enough to function properly, and this leads to cramps in Scotties. The episode will stop as soon as the dog relaxes for some time.

Symptoms Of Scotty Cramp In Dogs

There is no proper treatment for Scottie cramps in dogs.

Vitamin E: To prevent the clinical signs of the condition.

5-hydroxytryptophan (5-HTP) supplement: This is derived from the plant Griffonia simplicifolia and it helps to restore the depleted serotonin.

How To Prevent Scotty Cramp In Dogs?

Causes And Diagnosis For Scotty Cramp In Dogs

There is no mortality associated with ‘Scotty cramps’ documented yet.

There is no cure for Scotty cramps but it can be managed well with proper diet and treatment. Most Scotties undergoing treatment will show improvement within a month after starting the treatment. The condition is not fatal and the lifespan of dogs is not affected.

When To See A Vet For Scotty Cramp In Dogs?

The condition is usually benign and self-limiting. It is better to get the recommendations of a veterinary neurologist. Check whether they have any other neurological or behavioral problems.

Scottish Terriers (also known as Aberdeen Terriers) make fantastic companions and Scottie cramp will not hinder with the many years of love and loyalty from your pet.