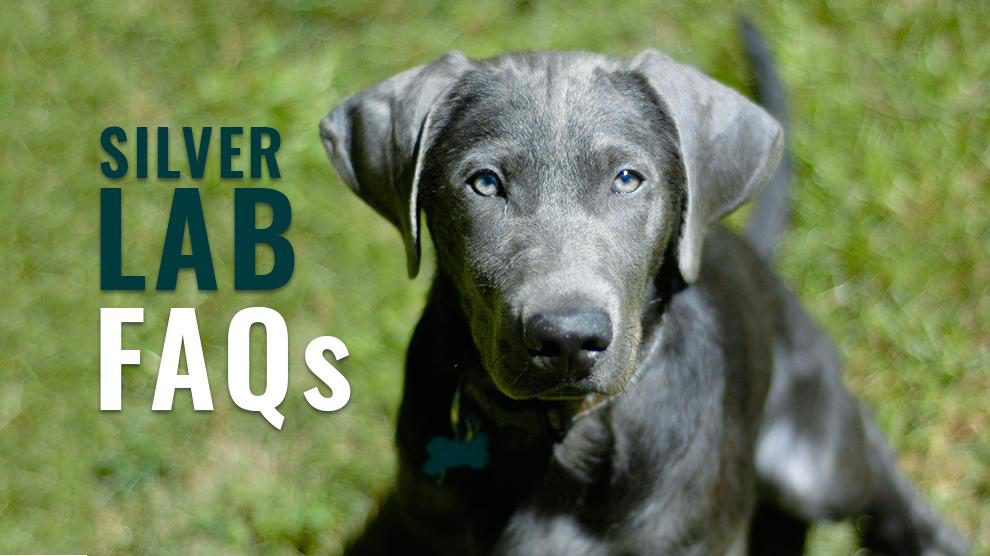 How much are Silver Labrador Puppies?

According to experts, the puppies bought from reputed breeders cost around USD $ 1200. The breeders charge these prices for charcoal silver and light silver.

The average price of chocolate labs (silver factored) is around USD $ 800. Most customers are ready to pay better prices due to its uniqueness and charm. Before you bring home a puppy, kindly ask the breeder for proper papers.

Most breeders do believe that there is no such breed. According to experts, a silver dog that appears similar to a Lab cannot be called a purebred Labrador dog. Breeders defy this argument saying they are actually purebred breed.

What are the eye colors of silver lab puppies?

They are actually grey in color. These dogs have grey pads, grey noses, and grey nails. These dogs have blue eyes until they reach 6 to 8 months. Adults have pale yellow eyes for your information.

Is It A Pure Breed?

Although many Lab fanciers believe that the silver color lab isn’t a pure breed, you can still register them as a pedigree in some countries.

The American Kennel Club permits the breeders to register under the Chocolate Labradors. This is because most Silver Labs are in fact a diluted chocolate color and silver is not a color permitted under the Labrador breed standard.

The UK Kennel Club allows you to register them under ‘non-recognized’ class.

Where to find a silver lab with blue eyes?

They remain the most popular choices in the United States. These dogs, however, do make excellent additions to any household. Many reputable breeders in America sell these puppies with blue eyes.

Many lab purists argue that the diluted gene was introduced to the Labrador by cross-breeding with the obedient and affectionate German boy Weimaraner. This breed always has the diluted D gene turned on (dd) and has the characteristic silver, grey or dilute color.

The hypothesis of silver-colored labs that emerged by crossing Labradors with Weimaraners is something that outrages Labrador purists.

They dispute that all breeders must adhere to the idea of a breed standard which is to set out as a blueprint for the breed and scorn the breeders who produce silver labs.

If breeders bring in genes just to change the color of a breed then they say that this would be like tampering with tradition and the contamination of the Labrador gene pool.

This would conform to the above-mentioned D gene hypothesis.

There is another theory of course, which states that the silver gene was there the whole time in a few lab dogs and that only recently the meeting between two recessive dilute genes carried by their descendants happened.

The inadvertent pairing of two atypical genes to form new genetic blueprints in an individual dog is not that rare at all.

That is why obviously, we get new genetic diseases manifesting all the time in the pedigree breeds.