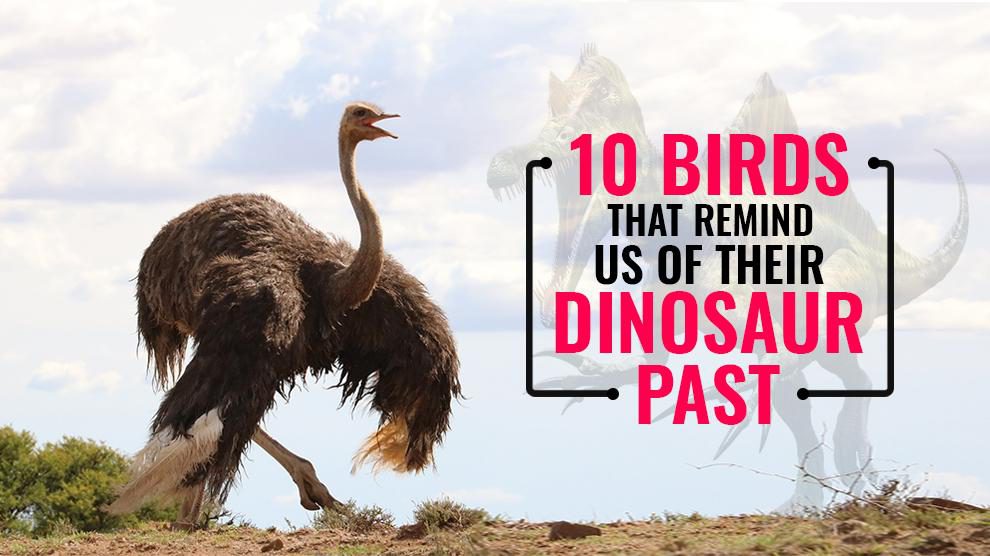 While we all know that dinosaurs lived between 245 and 65 million years, you just need to open your backdoor and catch the birds playing in your backyard.

From small birds to large migratory birds, all birds are living examples of the prehistoric creatures.

Some birds have pouched beaks and claws, while others have transformed into domesticated animals. Discover the birds that remind us of their dinosaur past. 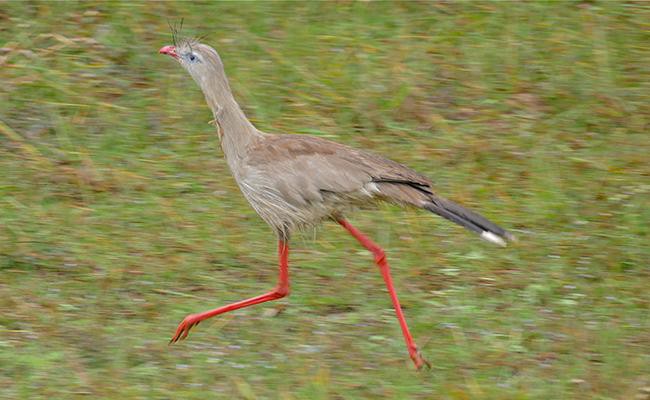 A bird with a carnivore’s diet, the 100-cm tall red-legged seriema is seen in South America.

Whole quail eggs and venomous snakes are the favorite foods of this bird.

After catching the prey, seriemas beat the prey on the ground and break it into small pieces. Experts are of the opinion that the ancient Phorusrhacids are relatives with red-legged seriemas. 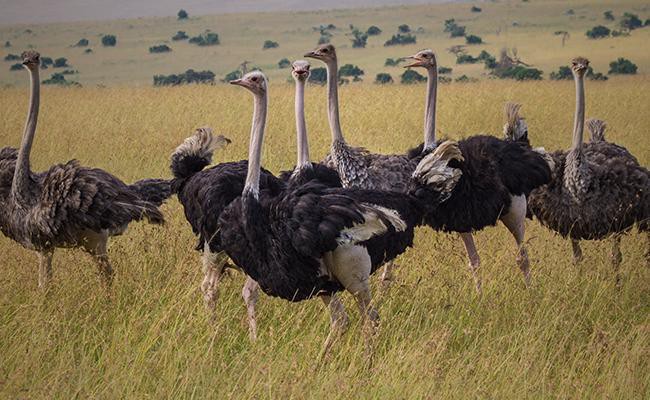 The ostrich looks like a harmless bird that can run close to 40 miles an hour, touch 345 pounds, and reach 2.74 meters tall.

The legs of an ostrich are so powerful that it can kill a ferocious animal like a lion with a couple of leg blows.

The Ornithomimus dinosaur has features similar to this bird. Experts say both these creatures have feathers all over their legs, necks, and bodies. 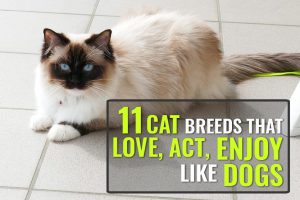 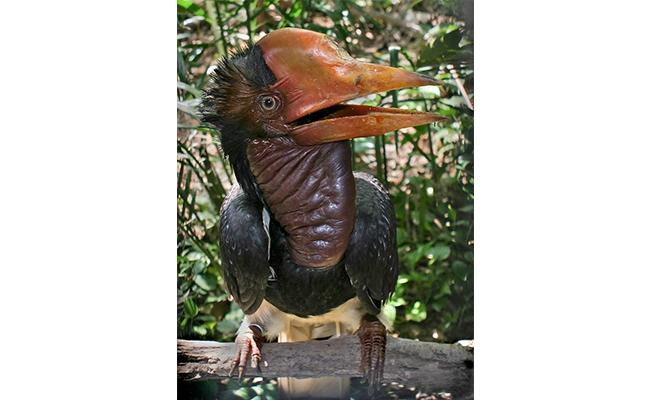 This bird resembles a flying dinosaur when viewed from every possible angle.

These birds are heavily endangered.

You can find them only in the forest areas of southern Thailand, Sumatra, and Borneo.

With a vibrant red casque, the helmeted hornbills are caught for their solid beaks. Discover the common dinosaur-like birds that remind us of some mannerisms of the dinosaur.

There are around six different types of pelicans.

Pelicans are famous for their balloon-like pouch which help them to catch their prey.

The Ikrandraco avatar, a strange dinosaur that is known to have lived some 120 million years ago, consisted of a large, toothed beak. 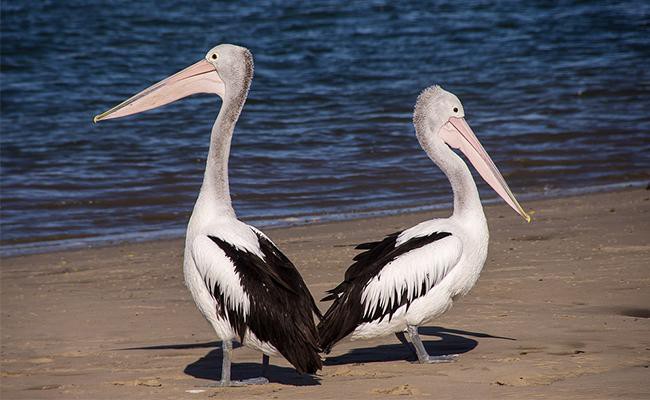 The pouch shows that the avatar would have used its pouch similar to a now existing pelican. 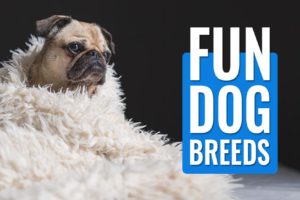 Check Out The List Of Top 5 Most Playful And Super Fun Dog Breeds You Can Adopt And Learn Some Basic Tips About How You Can Take Care Of Them.
Read More
Back to Index 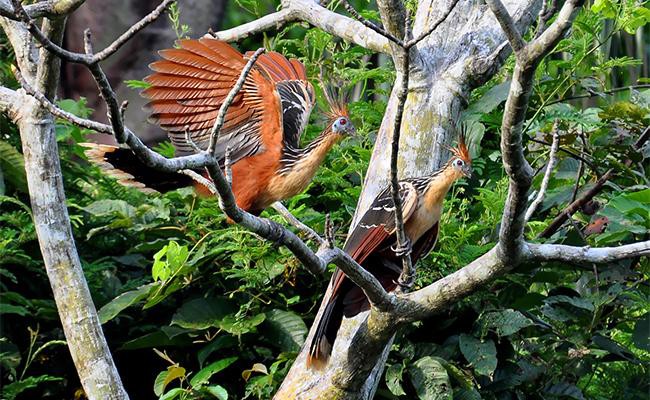 The hoatzins are a South American Bird that carries a tall plumage on its red eyes, blue-face, and head. These birds grow a new set of claws. If threatened by any predators and escape safely.

They are unique species, and their relatives are plovers and cranes. 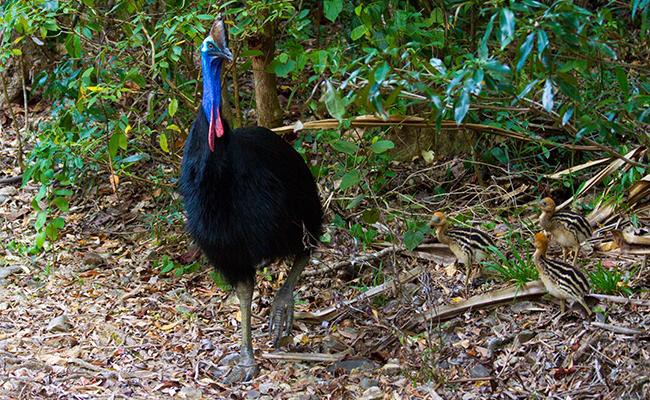 Cassowaries are originally from Australia and New Guinea. These birds have 4-inch claws and can cross 5 feet, and a hard casque protecting their heads.

Researchers feel that Corythoraptor Jacobsi shares many traits similar to this bird, including its casque.

The strong shoebill stands at least 5 feet tall and is seen in East Africa.

They clatter their bill creating a deafening sound. 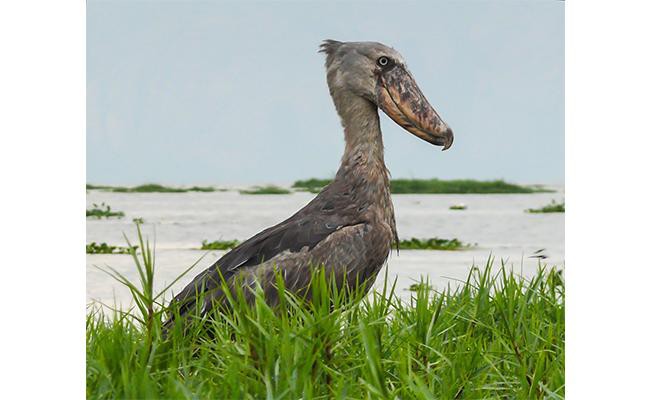 The velociraptor’s bone structure is similar to the shoebill’s bill. 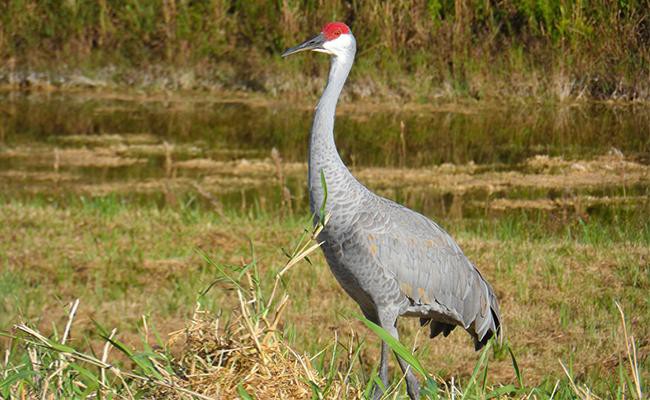 These birds can reach close to 4 feet in height. The wingspan can touch 6-foot.

Between their trills, mating dance, and slow walk, it’s not difficult to imagine these birds strolling amongst the dinosaurs. 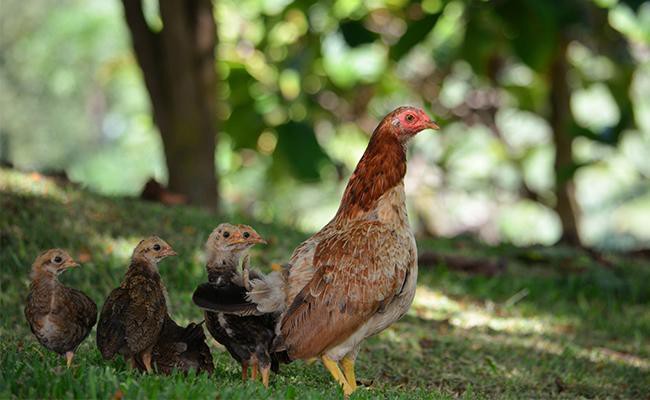 The chicken is the widely common bird species. There is something close to 20.8 billion.

They share makeup with the Tyrannosaurus rex. In 2008, researchers found that T.rex’s tissue resembled more with ostriches and chickens. 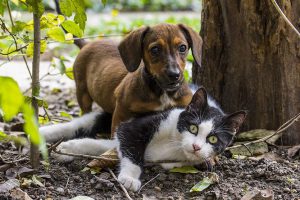 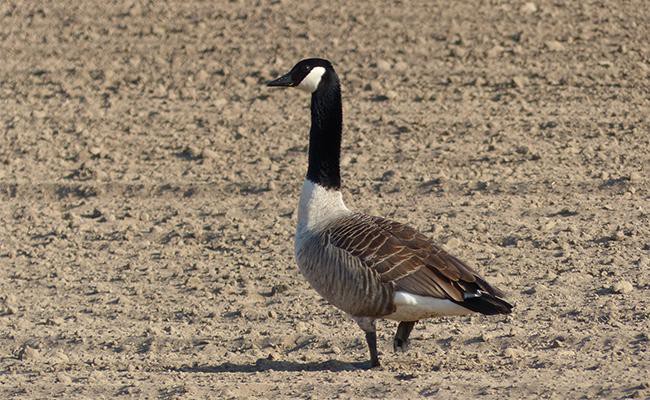 A few years back, scientists concluded that the discovered fossilized Vegavis iaai made honking sounds like a goose.

They found that this bird had a syrinx responsible for the squawking noise.