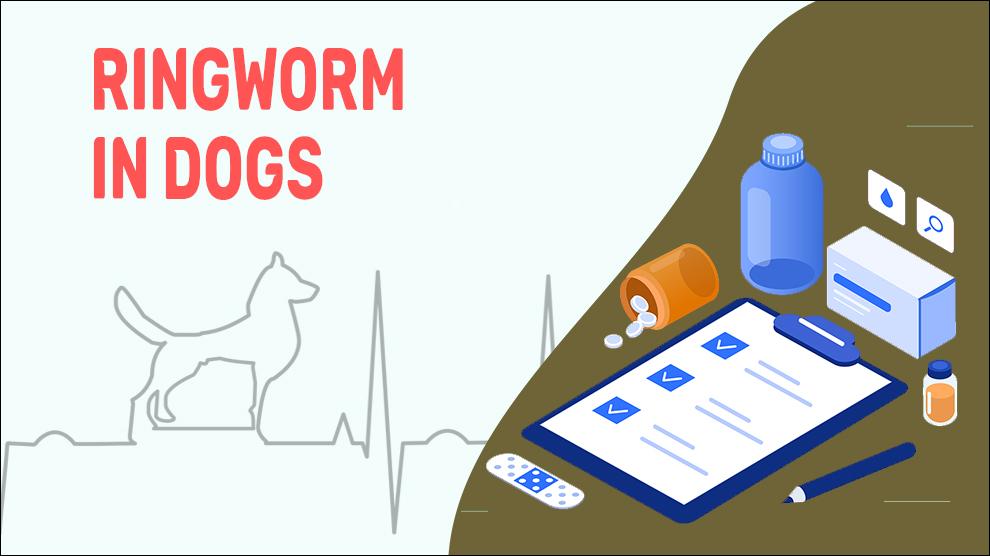 What Is Ringworm In Dogs?

Ringworm is a common term for dermatophytosis, a fungal infection of the skin that causes circular areas of alopecia, redness, and scaly sores in the skin. There are, in fact, 40 different types of fungi that can cause ringworm. The main culprit for ringworm in dogs is mold-like fungi called Microsporum Canis (80%) and other prominent fungi that cause ringworm Microsporum Gypseum, and Trichophyton Mentagrophytes.

This is a zoonotic disease, which means that it can spread between dogs and humans. Regardless of its name, a ringworm is not actually a parasite or worm of any kind. The reason it got this name is that the fungus causes circular, raised, ring-shaped skin rashes that appear worm-like, especially noticeable on regions of thin hair coverage.

Infected dogs manifest scaly patches with broken hairs or become bald with a crusty covering. Sometimes, acne-like bumps are also developed on the skin. The most common locations affected by ringworm are the superficial layers of the face, ear tips, feet, and tail. Most commonly, ringworm is spread by exposure to affected animals or infected things such as grooming or furniture, or toys. Spores associated with broken hairs are the main sources of the disease spread. However, proximity does not always bring about infection.

The establishment of infection depends on host factors and on the fungal species, including health, age, condition of surface exposed, nutrition, and grooming behavior. Ringworm Infection initiates short-term resistance to re-infection. Sometimes, dermatophytes develop only in the dead tissues of hair and skin, and infection cannot reach inflamed tissues or living cells. An increase in host immunity and inflammation results in stopping the infection spread, however, this course may take a few weeks.

Symptoms Of Ringworm In Dogs

Treatment Options For Ringworm In Dogs

Home Remedies For Ringworm In Dogs

How To Prevent Ringworm In Dogs?

Causes, Diagnosis, And Prognosis For Ringworm In Dogs

Mortality associated with ringworm is not yet documented

Early diagnosis and prompt treatment for the dogs are the ways to a better prognosis.

Never skip Regular health checks to make sure there are no secondary infections.

When To See A Vet For Ringworm In Dogs?

Food Suggestions For Ringworm In Dogs

Don’t worry if you see regions of hair loss get increase after treatment has started. The patches will reduce in size after 2-3 weeks, and the hair should start to grow back. Sometimes, treatment has to be evaluated often to stop relapse. The prognosis is excellent when it is diagnosed early.

How Often Should Dogs Go To The Vet?