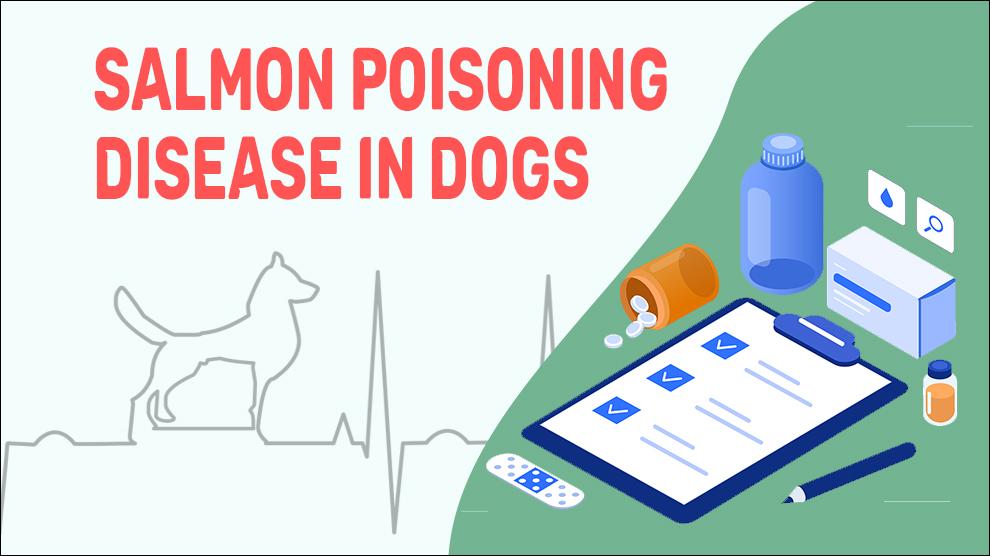 What Is Salmon Poisoning Disease In Dogs?

Salmon poisoning disease (SPD) is an acute, neorickettsial, vector-borne infection found in the pacific northwest (widespread from Northern California up to Canada, Vancouver Island). This is caused when dogs ingest anadromous fishes (fishes that swim upstream to breed such as salmon, raw trout, etc) that inhabit the coastal streams and rivers.

When dogs ingest fishes infected with parasitic flukes or flatworms that have rickettsial bacteria such as Neorickettsia helminthoeca rickettsial organism, they attach to the dog’s intestinal mucosa and then disseminate to other organs such as lung, liver, spleen, etc. The rickettsial agent (N. helminthoeca) is present right through the trematode’s growth cycle and does not harm the trematode.

When a dog consumes a raw, parasitized fish infected with fluke metacercariae, the flukes develop and attach to the dog's intestinal mucosa within 5 to 7 days, in this manner inoculating the N. helminthoeca pathogens. Neorickettsia infects the mononuclear cells and intestinal epithelium and then circulates to the MPS organs- mononuclear phagocyte system (e.g., liver lymph nodes, spleen, etc), and to other areas such as the lungs and CNS.

A comparable, however, less severe infection known as Elokomin fluke fever is caused by a related, (not yet named) pathogen that is transmitted by the same fluke. Soon after mucosal infestation. salmincola and the organisms, Rickettsemia occurs and spread to lymphoid tissues and other organs. Fleshy and Inflated visceral lymph nodes with regions of necrosis and hemorrhage, noticeable splenomegaly with white follicles, peritonitis with hepatic rupture, hemorrhage in the urinary as well as gall bladders, and intussusception of the small intestine are also observed.

How To Prevent Salmon Poisoning Disease In Dogs?

There is no breed disposition

Causes And Types For Salmon Poisoning Disease In Dogs

The prognosis for SPD is really good. When provided with appropriate treatment, the dogs will recover within a few weeks. If left untreated, severe cases of flukes can be fatal for dogs, so head to your vet immediately.

When To See A Vet For Salmon Poisoning Disease In Dogs?

The prognosis for SPD is really good. Most dogs undergoing treatment will recover within a few weeks. If left untreated, SPD can be fatal for dogs, especially for puppies, so head to your vet immediately.