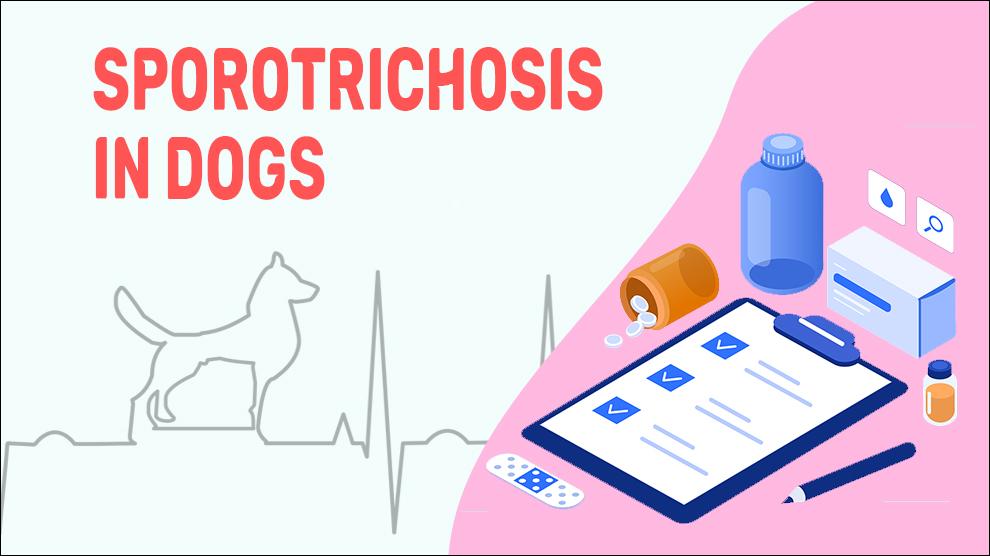 What Is Sporotrichosis In Dogs?

Sporotrichosis is a sporadic, subacute, or chronic, granulomatous, mycotic infection of dogs caused by the saprophytic theriomorphic fungus Sporothrix Schenckii. This has a worldwide distribution with focal areas of hyperendemicity. This saprophyte is prevalently distributed more in tropical/subtropical areas and temperate zones soil, rose bushes, decaying wood, sphagnum moss, hay, and contaminated timbers.

Also known as the "gardener's mycosis" or "rosebush mycosis", this was first reported by the Johns Hopkins Hospital medical student Benjamin Schenck in 1898, in Baltimore, USA. In 1900, Perkins and Hektoen described another case in Chicago and proposed the name-‘ Sporothrix Schenckii’ due to the reproduction characteristics. Several microbiological studies have established that S. Schenckii is a group of no less than six clinico-epidemiologically significant species with noteworthy differences in different disease patterns, degree of virulence, biochemical properties (sucrose, dextrose, raffinose assimilation, etc), response to therapy and geographical distribution. These include S. Globosa (in Italy, UK, Spain, USA, India, China, and Japan), S. Mexicana (in Mexico), S. Brasiliensis (in Brazil), and S. Schenckii Sensu strict, and S. Albicans. Hence, it is collectively called “Sporothrix Schenckii species complex” rather than the earlier nomenclature “Sporothrix Schenckii”.

In simple infections, lesions are usually restricted to the infection site, such as the respiratory tract (following inhalation) or the skin (following skin trauma). In more complicated cases, disseminated sporotrichosis may happen in which multiple organs (e.g., lungs, joints, skin) may be affected; immunocompromised dogs may be predisposed to this fungal infection.

The disease affects mostly rural dogs and persons related to plants or plant material professions such as gardeners, farmers, florists, nursery workers, and foresters. S. Schenckii inoculation is accessed into the skin by traumatic insertion from contaminated soil, hay stalks, thorns, barbs, and splinters causing cutaneous infection. There are reports of zoonotic transmission documented from fish consumption, insect bites, and bites of other dogs, cats /other infected animals.

Symptoms Of Sporotrichosis In Dogs

Treatment Options For Sporotrichosis In Dogs

Home Remedies For Sporotrichosis In Dogs

How To Prevent Sporotrichosis In Dogs?

There is no breed predisposition.

Causes And Types For Sporotrichosis In Dogs

Pulmonary sporotrichosis: When the dog inhales the spores in the air and gets access into the dog’s airway; this type of sporotrichosis does not infect any area or spread any further besides the lungs.

Cutaneous (skin) sporotrichosis: This is the most widespread type of infection that occurs on a dog’s body or on the legs touching the infected plant matter.

Systemic or Disseminated Histoplasmosis: Typically, this type of infection is ingested rather than inhaled; consequently, the fungus enters via the blood and navigates to other organs such as lymph nodes, the GI tract, bones, joints, etc. This causes more severe systemic or generalized fungal infection.

Sporotrichosis is a critical disease in puppies with severe complications and a high case fatality rate. Not surprisingly, disseminated infection also has a high mortality rate.

When To See A Vet For Sporotrichosis In Dogs?

Food Suggestions For Sporotrichosis In Dogs

While the possibility to contract sporotrichosis from your dog is potentially not possible, it is less likely if you practice good personal hygiene.

In cases with localized sporotrichosis, the prognosis is usually good. Fewer percentage of the affected dogs relapse after treatment is finished.

The systemic sporotrichosis prognosis depends on the severity, delay in detection, and an indication of failure of vital organs.