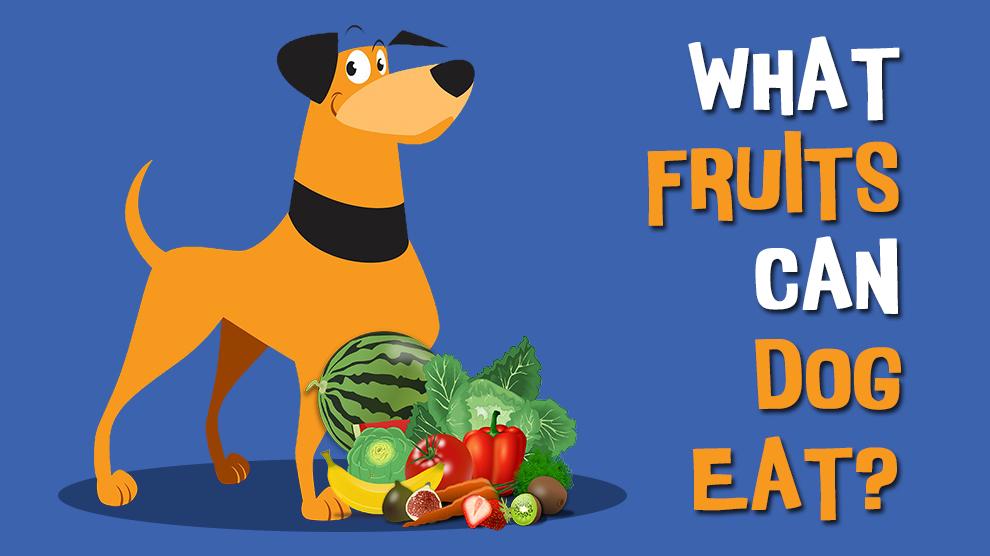 You may be wondering what fruits can be fed to your dogs to keep them healthy in addition to their normal diet.

Not all the fruits are safe for your canine friend. There are certain fruits you must be cautious about while feeding your dog. Some fruits may be given in moderation and only if you remove the core and seeds.

However, it is very important to check on your dog after trying any new fruit even if it is considered safe for dogs.

What Fruits Are Safe For Dogs?

Before checking on what fruits are considered safe for dogs, you should be aware of the fact that not all dogs respond in a good way even to safe fruits. Watch out for any signs of stomach or other discomforts. If you notice any, never feed them that type of fruit anymore even if they are regarded safe otherwise.

Other than this a dog can eat cranberries, blueberries, bananas, and apples (no seeds and core).

What Fruits Are Bad For Dogs?

A tiny piece of apple with no seeds could be fed to dogs but no seeds should be given to the dog as it is poisonous to the animal.

Cyanide which is a salt of hydrocyanic acid and a highly toxic element is present in the seeds of the apple fruit.

Although humans have the capacity to digest the seed it is difficult for dogs to digest them. Even if you consume a lot of apples, the excess intake of fruit might wreck the dog’s good health rather than contribute to any good.

Your dog may suffer from diarrhea. Another undesirable effect could be weight gain that leads to obesity as this fruit has higher sugar content.

Watery grapes must be mouthwatering but it needs to be out of sight when preparing a diet chart for the dogs.

Grapes or dried grapes (raisins) are highly toxic to dogs that even a tiny amount of this fruit when consumed could lead to damage in the kidney which is permanent and a disorder known as anuria where the kidney is unable to process urine.

The symptoms, in the beginning, are abdominal pain, nausea, laziness, appetite loss, excretion of a small quantity of urine, and dehydration.

The seriousness of the problem is recorded when there is a fatal symptom resulting in permanent damage to the kidney and the dog dies.

This fruit is perfect for your canine friend but until you provide it with soft and succulent pulp or any other stuff also the seed is not good for the pooch.

Cyanide is seen in all the other areas of the plant which is the reason for its toxicity. Other than the soft pulp any other part when consumed leads to breathing issues, an unbalanced level of oxygen in the body and may result fatally.

Cyanide hinders the working of a required enzyme which is responsible for carrying oxygen to the cells.

Respiratory damage is suffered by the four-legged canines if it feeds on any other plant part other than the pulp. The pip, leaves, and twigs in the apricot plant are said to consist of cyanide.

Hence when eaten these results fatal for the dogs. Certain usual signs which show that the dog has consumed cyanide are enlarged pupils, too much reddishness in the gums, uneasy breathing, and shock. Apricots are toxic for cats too.

Even when a little amount of currant is eaten by the dog accidentally, it results in serious issues like nausea, loose motions, and finally damages the kidney wherein the kidney stops carrying the cleansed metabolic excreta matter from the body parts.

When you find the dog has consumed the fruit try to contact a vet immediately for treatment or call emergency helplines because it induces poison all through the body of your dog. 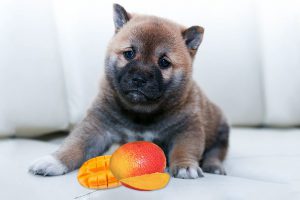 Can Dogs Eat Mango? Is Mango Bad For Dogs?

Can Dogs Eat Mango? They Can Eat Mangoes In Moderation. Check Out The Health Benefits, Nutritional Information, And How You Can Feed Mangoes To Your Dogs.
Read More