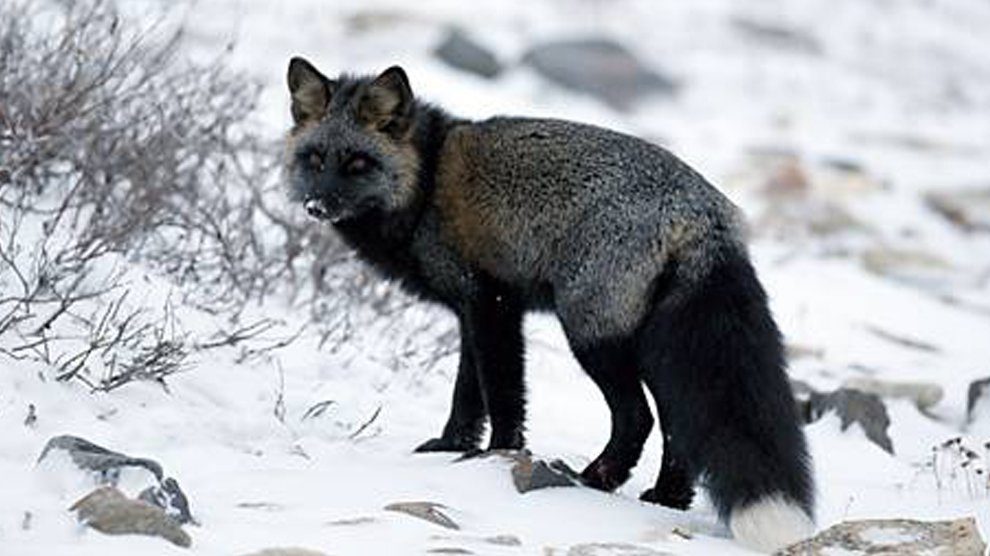 Though it may sound odd for some, it is a well-documented fact that the red fox and silver fox belongs to the same species called as Vulpes vulpes. In other words, the melanistic variety of a red fox is generally referred to as the silver fox.

Foxes belong to the family of dogs, the Canidae, earning them the nickname canids. Silver foxes are also called as Black Foxes as their rump hair is silver in color and this stands out against the black fur background.

Silver fox can be found in different color variants – some are cinereous in nature (ash grey look, either grey color tint plus copper brown or resembles ash color), some appear in bluish-grey color, and some are generally in black color except a small streak of white color on the tail tip.

Traditionally, silver foxes skin were always sought after for their quality and texture, and their fur was mostly worn by the nobles and elite in China, Western Europe, and Russia.

Another interesting aspect about silver foxes is that they do not spontaneously reproduce absolutely with only those sharing the same skin/coat morph and in most cases found to be littermates of the common red fox variety.

In the case of captive populations of silver foxes for their skin and also as pets, they are exclusively bred with those having the same skin color. 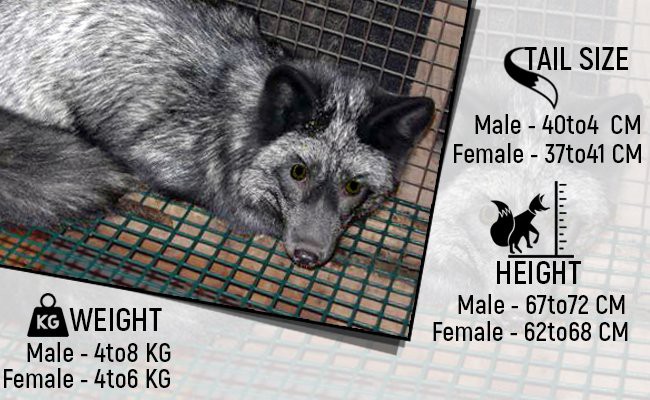 The length and weight of silver foxes vary from one geographical location to other. On an average, they can weigh anywhere between 10 to 15 lbs (around 4.5 to 7 kgs). Lengthwise, they can reach around 1 meter or 40 inches (head to tail).

Female foxes are normally small in size compared to their male counterparts. 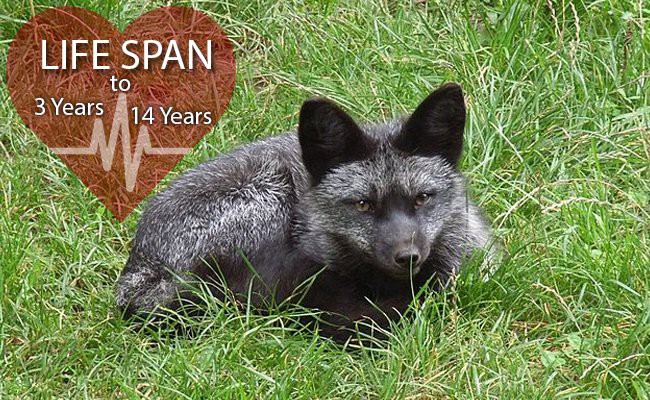 As per wildlife records, it is reported that an average healthy silver fox can live anywhere between 3 to 10 years. In case of captive breeding, silver foxes are expected to survive much longer, maybe 3 to 14 years. 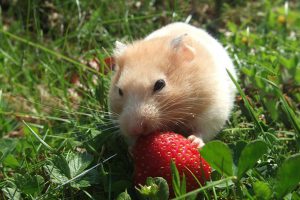 Hamsters – Types & Tips To Care For Your Cute & Furry Friends 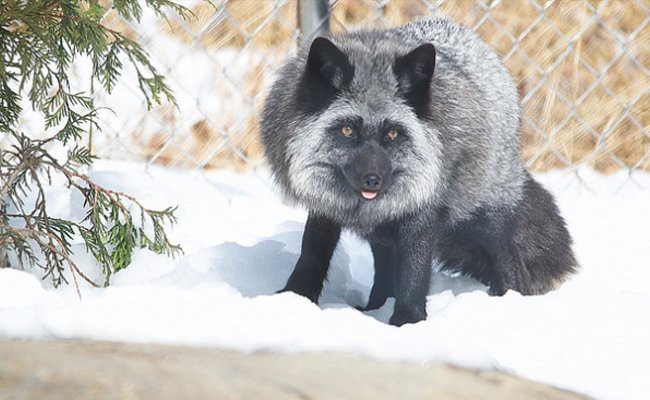 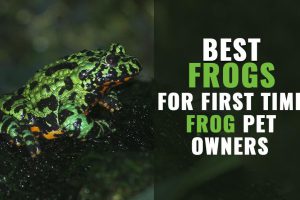 You Decided To Get A Pet Frog. Frogs Make Great Pets, As Long As Few Things Are Kept In Mind. Check Out The Best Pet Frogs & More About Frogs.
Read More
Back to Index 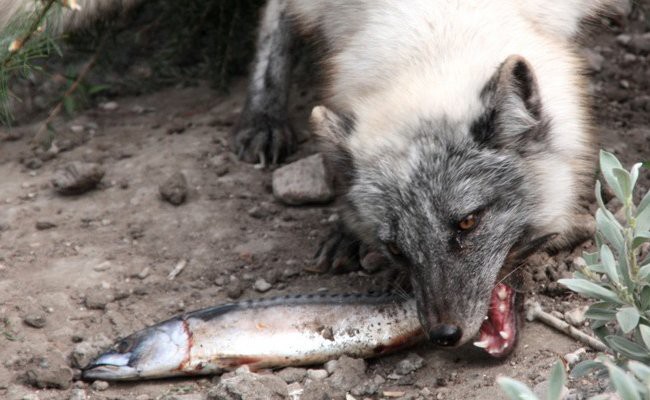 Normally, they are opportunistic eaters as well as hunters. They prefer carnivorous food but can also consume plant sources when food is scarce. In the forest, they adopt different techniques to hunt down prey.

Small animals and mammals are located using their sounds, and then they spring up to catch the victim and eventually kill them with their bite. If a prey is large in size, they employ rapid pursuit and stalking to hunt them down.

Being opportunistic carnivores or omnivorous, their wide range of intake includes

How to feed a captive/pet silver fox?

Some tips to feed a captive fox:

Start by feeding your fox – 2 times daily (breakfast & tea). Keep them consistent and balanced (not more than 40 g of full diet including cooked veggies and raw meat).

Silver fox treats can include

The majority of a fox diet must consist of insects and prey items, but fox treats can consist of

What foods silver fox cannot eat or must avoid or should not be fed with?

A general thumb rule states that it is better to avoid foods which you cannot feed your dogs and cats. Some of the food items that can be avoided are

Kindly remember that food items that are easily digestible by humans can be deadly fatal for animals including cats, dogs, and foxes.

How does a fox cub feed?

Right from their birth until they turn four weeks old, a fox cubs’ staple diet is mother’s milk. Then, they slowly move to solid food and at the same time continue their intake of mother’s milk.

Adult foxes generally provide those foods normally found in the zone where the Fox family lives to their cubs. Vixens are very attached and protective of their cubs at least for a period of 7 months from birth. 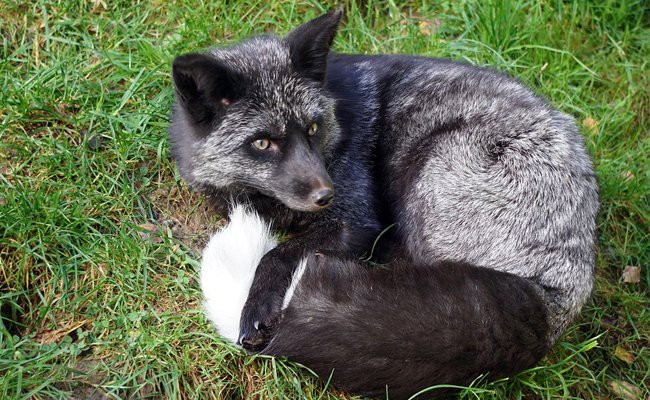 In general, a silver fox is a melanistic form of the red fox which is usually found in the wild. But when it comes to domesticated fox, it is the Russian red fox we are talking about.

The goal is to develop tamed foxes which carry the melanistic character obviously obtained through internal selective breeding.

The main area of contention is that these domesticated foxes are not suitable to survive in their natural habitat due to captive breeding and adult wild silver foxes will also find it very difficult to adjust to city life.

But before we get started with this topic in detail, it is pertinent to understand certain issues that need clarification.

Is it advisable to have a silver fox as a pet?

Tips and guidelines to maintain silver foxes as pets

The concept to remain different from the crowd and make choices that are exclusive and unique is the thumb rule followed by many well-to-do people in our society.

The greater question is whether the decision they have taken is wise or not, and this applies to even select a silver fox as a pet animal. In the first place, let us start by discussing the tips and guidelines regarding silver foxes as pets.

Whether it is legal to maintain silver foxes as domestic pets – Legally speaking many countries do allow not only foxes but certain exotic species of animals and birds to be kept and raised in captivity. But the catch is that

Foxes as domesticated Pets – How it all began?

How to breed a silver fox in captivity?

The other valid keep points to keep in mind

In essence, raising a silver fox under captivity is more of a burden than a pleasure to both the fox and its owner.

For the pelt quality to be considered as superior in nature, certain factors must be satisfied:

The price range of a silver fox fur coat

The silver fox coat in sound condition can fetch a high price in the market. The fur quality of foxes bred in captivity was always better and nice than those from the wild because of extra attention and care.

They are worth between US$ 500 to US$ 2000 based on the condition in certain markets. However, some products are sold at a much higher price for your kind information.

Moreover, the market is dull right now. Coyote NW prices are US$20 for clear bellies and pale colors and heavys. Region 12 prices are somewhere between US$ 12 to US$ 18 for SD & ND.

How to identify ill-health in a Silver fox?

The commons signs of ill-health in a silver fox are

If you witness any of these signs in your pet fox,  do not postpone the visit to your vet.

Regular and frequent checkups are advised since silver fox diseases are not well documented like the ones found in a pet dog or a cat.

Some of the diseases that can affect a silver fox are

Vaccinating the fox at regular intervals as recommended by the vet is a must.

What states is it legal to own a fox in the United States?

Can I have silver foxes as pets?

Although certain states in America permit to have them as pets, it is better not to own a fox as pets because wild animals like foxes are solitary animals. There is no guarantee that they will remain friends even after extensive domestication. Moreover, the cost of owning a silver fox is over the top for an average earning persons. And keep in mind, they smell awful.

How much is a domesticated silver fox?

A domesticated silver fox can cost anywhere between US$ 7000 and US$ 10,000 based on the breeder’s reputation, breed quality etc. But many silver fox breeds are available from US$ 2000 but the breed reputation is quite difficult to authenticate.

No, they are just the melanistic version of the existing red foxes found in Europe, America etc. Remember, silver foxes do not necessarily reproduce only with the same coat family and can also be red fox littermates in general. Captive silver foxes are mostly mated with the same color counterparts.

What is the lifespan of a silver fox?

Based on their habitat it may vary. In the forest, they can live for a maximum of 5 years whereas captive fox breeds are strong enough to last anywhere between 3 to 14 years if provided with the right kind of care and affection.

Where is the silver fox found?

They are mostly found in North America’s southern part extending from Canada’s southern portion,  and all the way down to Northern Columbia and Venezuela.

Is it legal to own a silver fox in California?

According to the California Department of Fish and Wildlife, foxes are included in their restricted list which means if a person is found to own a fox as a pet in California, the fox will be exterminated.

Are silver foxes an endangered animal?

When it comes to conservation, a silver fox is totally dependent on the health and welfare of the red fox species as they are considered as their parent breed.

What is the meaning of silver fox in local parlance?

It is used to denote an appealing, old man with grey color hair.

Are foxes prone to attack humans?

Very rarely a fox will attack humans. At times when they are depressed, they can bite. 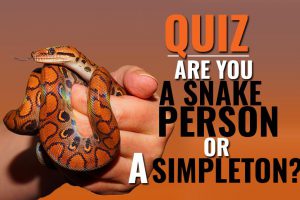