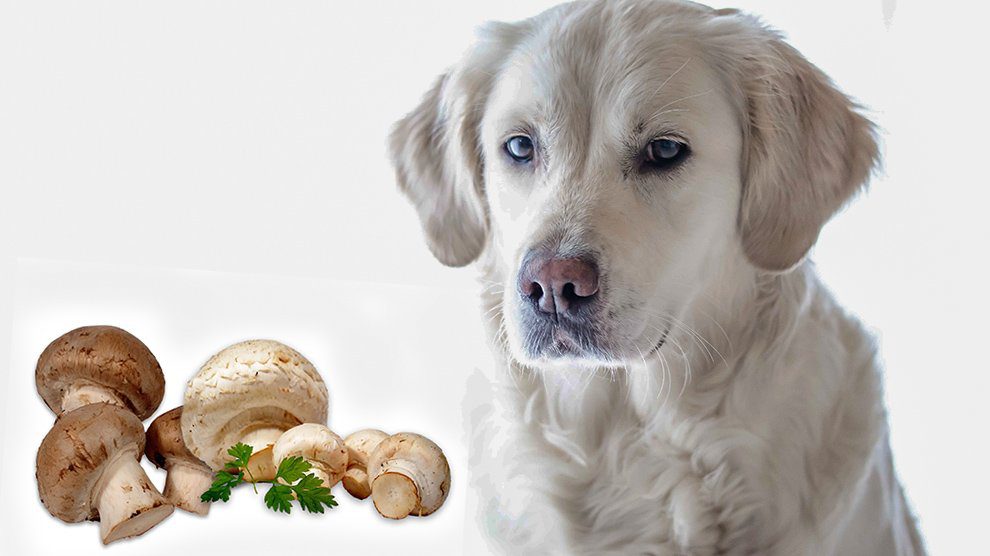 Humans love to eat mushroom as it has more health benefits to them. But, can dogs eat mushrooms, too? Of course, dogs can eat mushroom and it is not an exception to them. They are one of the healthy foods for them.

But, some mushrooms can cause toxic effects to your pooch as well. So, dog owners should know in and out information about mushroom before serving it to their dogs.

So, let’s get an idea about the safest and poisonous mushrooms for dogs from this article. Also, it is vital to have a little bit of information on mushroom poisoning and prevention in dogs.

Dog owners should know how to serve and moderate a dog’s mushroom intake as well.

Yes, dogs can eat mushrooms as they are rich in nutrients. Certain nutrients in mushrooms are actually necessary to promote your dog’s physical well-being.

Antioxidants – A term for several carcinopreventive or anticarcinogen agents that prevent cancer in dogs.

Aside from preventing cancer antioxidants enhances your pet’s immune system, prevents coat allergy and skin problems from affecting your dog. Antioxidants can do a lot of good to dog breeds that are susceptible to cancer.

Health Benefits Of Mushrooms For Dogs

Mushrooms also provide many health benefits to dogs in addition to its physical well being.

Are Mushrooms Poisonous To Dogs?

Yes, mushrooms can be toxic to your dog. But, not all kinds of mushrooms are poisonous to your pooch.

Mushrooms that you buy from the stores can be fit for canine consumption, but those that grow outdoors can cause toxic effects to your dog.

So, it is vital to know what types of mushrooms are harmful to your pooch. 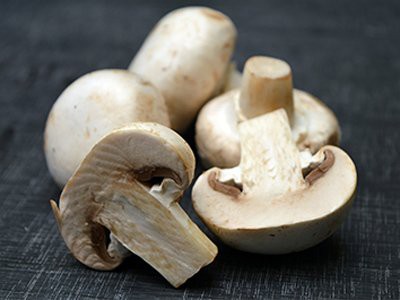 What Kind of Mushrooms is toxic?

Some of the wild mushrooms to avoid include

Mushrooms that generally grow outdoors are toxic to dogs. Such toxic mushrooms are further classified into several types depending on their toxic effects.

The following is a list of poisonous mushroom types that you should avoid feeding your dog.

Poisonous Mushrooms that can cause gastrointestinal distress effects

Poisonous Mushrooms that can cause muscarinic agents

Each of these mushrooms has a different effect on canines. And, each of them can even cause deadly effects on your dog. 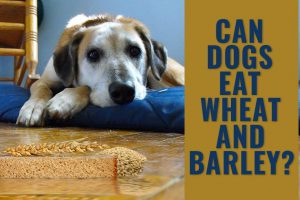 Can Dogs Eat Wheat? Is Barley Safe For Dogs?

What If My Dog Ate Mushroom?

If you notice that your dog ate the mushroom, go to the veterinarian immediately. The sooner you take your dog to the vet, the sooner he can decontaminate your dog and treat it.

Decontamination usually involves inducing vomiting or administering activated charcoal to bind the poison from the stomach. This will be less expensive and less damaging to your dog.

If you wait until clinical signs develop, it may be too late to treat your dog effectively.

How Many Mushrooms Can Dogs Have Daily?

Too many mushrooms will lead to indigestion in canines due to the excess amount of nutrients in it. Also, vitamins A, C, and D are toxic to dogs while feeding mushrooms in excess amount.

So, feed your dog only enough amount of mushrooms that it can eat and digest.

Also, moderating your dog’s intake of nutrients depends on how much mushrooms you serve it during mealtime. 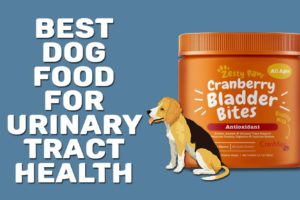 Lack Of Water Intake And Lack Of Quality Diet Can Affect A Dog’s Urinary Well-being. Check Out The List Of The Best Dog Food For a Healthy Urinary Tract.
Read More
Back to Index

No. Wild mushrooms aren’t safe for dogs as they can be toxic to your pooch. So, if your dog gobbles a wild mushroom, rush immediately to the nearest vet.

Yes. But, you shouldn’t feed it in a large amount.

Sometimes, cooked mushrooms can cause diarrhea and tummy ache in dogs. It may occur because of the improper digestion of mushrooms.

But, if your dog displays diarrhea for even a small amount of cooked mushrooms, don’t feed it again.

Are Shiitake Mushrooms Good For Dogs?

Yes. Shiitake is an edible mushroom that is rich in nutrition. It also has high potassium, ergosterol, and vitamins such as B2 and C.

Shiitake mushrooms also have large amount of essential amino acids such as lysine and arginine. They are rich in minerals such as calcium, zinc, potassium, iron, and manganese as well.

It also has some medicinal properties. In Japan, Shiitake mushrooms are called as an “elixir of life. It has the ability to cure colds and to enhance vital energy.

These mushrooms also have strong immunomodulating and anti-cancer effects.

Is The Consumption Of Portabello Mushrooms Safe For Dogs?

According to experts, mushrooms that are available from the grocery such as portabello mushrooms are generally safe for dogs.

So the bottom line is, store-bought cultivated mushrooms do have nutrients that are beneficial for dogs. However, those in the wild can be toxic, poisonous and make your dog seriously sick or cause death.

Rather than have your dog’s taste buds accustomed to the taste of mushrooms, which might tempt them if they find them outside, it is probably best to avoid mushrooms in their diet.

So, you can serve it to your dog. But, you should not serve it with seasonings such as garlic, onion, and oils. And, serve it plain.

Yes, dogs can drink mushroom soup. But, you have to ensure that the soup has prepared from edible mushrooms.

Also, you shouldn’t feed soup to your dog very often as it contains a lot of salt in it. Your dog can gain too much weight because of the salt content. 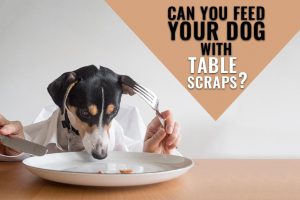 Can You Feed Your Dog With Table Scraps?

Feeding Table Scraps May Not Seem Like A Bad Idea For Many Dog Lovers. Let’s Take A Closer Look At The Good And Bad Table Scraps For Your Dog.
Read More
Back to Index

It is important for the dog owners to be vigilant on poisoning in their dogs because of mushroom consumption. But, they can’t be vigilant all the times.

These signs will help the dog owners to identify the toxic effects in their dogs if they had accidentally consumed inedible mushrooms.

Signs of Mushroom poisoning in dogs

The signs of mushroom poisoning largely depend on the mushroom species because different mushrooms contain certain toxins, which entirely affect the dog in a different way.

Although different kinds of mushrooms can cause distinct toxic effects in dogs, dog owners should know the common symptoms of mushroom poisoning.

After consuming any toxic mushroom, your dog may show some specific signs such as

Among all the symptoms, seizures and coma are the severe signs that indicate your dog is nearing death. So, if your dog shows any or a combination of these symptoms, take it to the veterinarian as quickly as possible.

It is also advisable to take your pooch to the vet for a checkup in case if you suspect that your pet may have eaten some kind of mushroom.

Treatment For Mushroom Poisoning In Dogs

Mushroom poisoning is an emergency that will require immediate treatment. But, the treatment will completely depend on the mushroom type, signs, and also the time of ingestion.

Generally, the vets use activated charcoal to bind the toxins present in the dog’s stomach and intestines.

The vets may also prescribe fluid therapy to stabilize fluid levels in dogs and to enhance urination, which helps in the removal of toxins.

The vet may even induce vomiting in canines depending on the type of mushroom and severity of the complications.

But, the prognosis is overall good with treatment, specifically if stomach washing is initiated hours within ingestion.

Sometimes, symptoms associated with mushroom toxicity will be seen in your dogs after the liver and kidney complications occur.

So, the veterinarian will typically evaluate the liver and kidney functions through laboratory testing every 24 or 48 hours.

But, the dog owners should nevertheless inform the vet if they observe any symptoms of mushroom toxicity in their dogs.

If possible, wrap the mushroom in a wet paper towel and show it to your vet so that your vet can save precious time by administering the right kind of drugs immediately to save your dog.