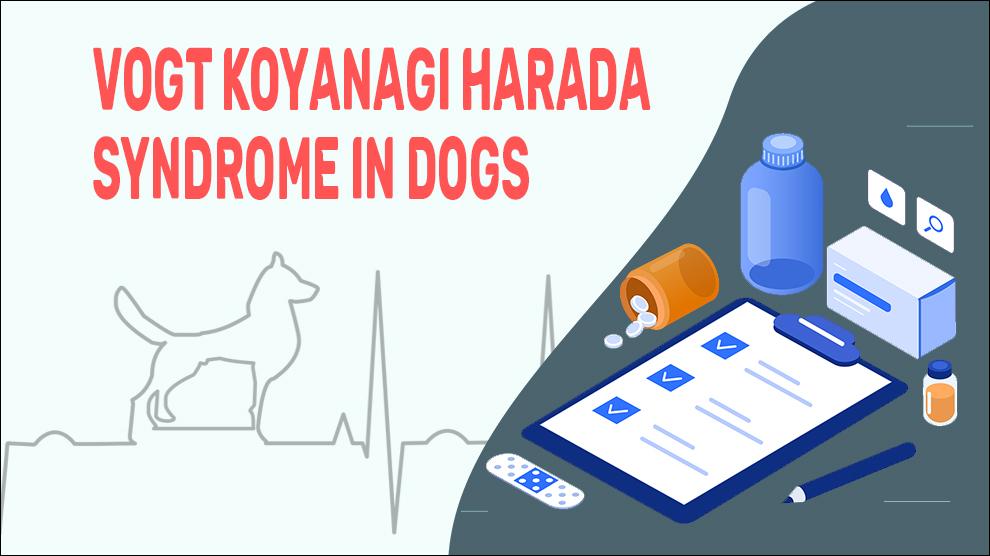 What Is Vogt Koyanagi Harada Syndrome In Dogs?

Descriptions about this condition date back several centuries ago, however, the immune-mediated granulomatous disease is named after three 20 century researchers who illustrated the combined manifestations of this disorder. Initially, Switzerland physician Alfred Vogt described eyebrow depigmentation and bilateral iridocyclitis in 1906, followed by Japanese researcher Yoshizo Koyanagi’s 1926 description of cerebrospinal fluid (CSF) pleocytosis in association with bilateral serous detachments. And shortly thereafter, another Japanese researcher Einosuke Harada found out the integumentary symptoms of the condition.

In both its early and late manifestations, this relatively rare condition has a distinct phenotypic picture. The pathophysiologic mechanism behind VKH has been difficult to categorize regardless of exclusive clinical findings. In the last decade, some of the immunologic and genetic facets of VKH have been explicated owing to recent technological advances. There are several ophthalmic complications from this condition, and early diagnosis and treatment can decrease morbidity.

The exact etiopathogenesis of VKH is not decisively established, but recent theories hypothesize that after recovery from a disturbing viral environmental factor, dogs build up T-cell-mediated immunity against melanocytes. Epstein Barr virus and Cytomegalovirus have been concerned in the disease progression, but no significant association has been identified. VKH is considered to be caused by the intolerance of melanocytes, causing a non-necrotizing granulomatous inflammation in the inner ear, eye, hair, and skin.

Retinal detachment, cataracts, or secondary glaucoma may cause the following symptoms:

VKH-prone breeds must have their eyes checked frequently so that cases can be identified and treated as early as possible.

Always monitor for any irregularities with the eyes and check with your vet as soon as possible.

How To Prevent Vogt Koyanagi Harada Syndrome In Dogs?

Causes And Prognosis For Vogt Koyanagi Harada Syndrome In Dogs

There is no documented mortality connected with VKH. Older dogs are at greater risk of getting incapacitated than younger dogs.

The prognosis for recovery for dogs diagnosed with Vogt-Koyanagi-Harada syndrome is guarded with today's medications available. Although there is no known cure for VKH syndrome in dogs, most dogs enjoy a pain-free life with long-term immunosuppressive medication.

Follow-up of the veterinarian’s treatment plan is crucial. When the condition is not identified earlier in the course of the progression or if it has developed into a serious condition like glaucoma, the pet may not respond fully to the treatment or it may lose its vision.

When To See A Vet For Vogt Koyanagi Harada Syndrome In Dogs?

After the initial treatment, monthly check-ups are recommended and vision has to be closely monitored. Eye medications have to be administered according to the vet’s instructions.